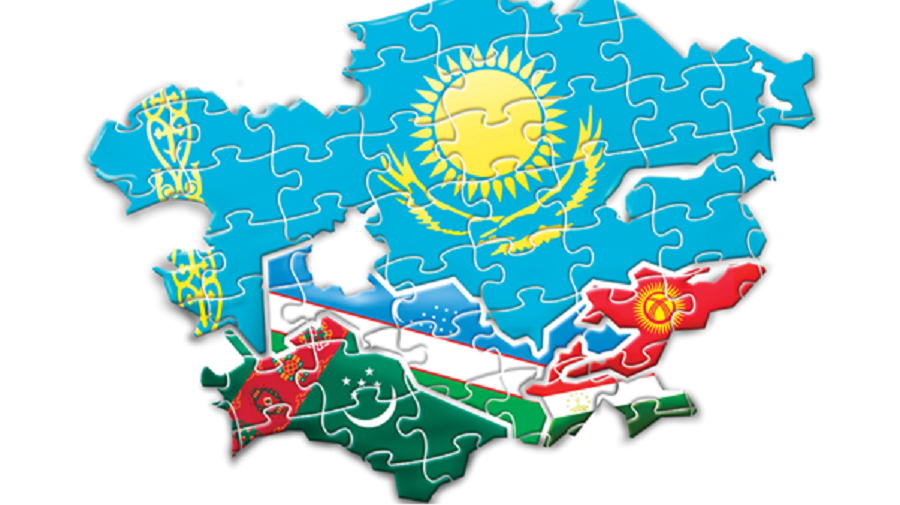 India shares a long history with Central Asia. In the ancient and medieval period, there existed a great process of mutual cultural enrichment between India and Central Asia. The finding of Harappa excavations suggests a direct testimony of this mutual relation. Besides, the civilizational connections, various empires such as the Graeco-Indian and Indo-Scythians accentuated the historical linkages. Buddhism was the largest source of interaction between India and Central Asia, which was spread by the Mauryan kings. Archaeological remains of stupas and monasteries established during the Mauryan period confirm that Buddhist centers existed in the south of modern Tajikistan and Uzbekistan. Kushana period had the most substantial impacts on Indian technology, military, art & culture, pottery, religion, economy, etc. In medieval times, the Mughal connection between the two regions proved to be another milestone of cultural amalgamation. However, those linkages were interrupted during the colonization of the Indian subcontinent.

India had friendly relations with the Soviet Union and also had diplomatic ties with the region, which has helped maintain relations after the dissolution of the Soviet Union in 1991. After the Soviet disintegration, newly independent CARs considered India as one of the genuine stakeholders to balance the differing forces in the region. And, this had proved to be true when the leaders of Post-Soviet Central Asian states preferred India to be the first nation outside the former Soviet bloc for their State visit in 1992. Uzbek President Islam Karimov was in India in August 1991 while Kazakh President Nursultan Nazarbayev paid his first state visit to India in 1992.

The opening of Indian missions in all the five capitals was a good initiative at India’s part to win the confidence of these republics. Prime Ministers Narasimha Rao, Atal Bihari Vajpayee, and Dr. Manmohan Singh visited the region in 1993, 2002, and 2006 respectively. Consistent bilateral visits of high levels from both sides have helped sustained the bilateral ties. It has also created goodwill amongst the political elites and local populations of both India and Central Asia. Still, it is crucial to examine how, despite having a convergence of interests, India-Central Asia ties remained below the potential.

India’s interest in Central Asia is multifold. With the disintegration of the USSR, New Delhi aspired to play a constructive role in Eurasian political, economic, and security settings. However, broadly, due to lack of political will and the absence of direct land connectivity, India’s efforts in this direction were thwarted. In 2015, with the PM Modi’s visit to the five Central Asian countries, India-Central Asia relations gained momentum. It was the first-ever visit of any Indian prime minister to the region on one go. Having been present in the region for a long time, India’s achievements in the region is making progress.

In 2017, India became a permanent member of the Shanghai Cooperation Organization (SCO). India’s membership to the SCO is considered a forward movement in her engagement with Central Asia. This has increased India’s strategic presence in the Eurasian region. In SCO Summits, India has proposed many concrete proposals for regional cooperation in diverse areas. India has also been increasing cooperation with SCO member-states to combat extremism and terrorism. Regional Anti-Terrorist Structure (RATS) at Tashkent plays an essential role in this regard, especially in the sharing of information among the member states.

The first India-Central Asia Dialogue at the foreign ministers level was held in Samarkand, Uzbekistan, in January 2019. Smt. Sushma Swaraj, Former External Affairs Minister (EAM) of India, led the Indian delegation to the summit. EAM also described Central Asia as the natural partner of   India. She underscored the need for building a new and inclusive partnership between the two regions. Several initiatives were proposed to enhance G2G cooperation during the Samarkand Dialogue. The setting up of an ‘India-Central Asia Developmental Group’ was announced. The group is expected to come up with concrete proposals for expanding developmental partnerships between the two regions. Second India-Central Asia Dialogue is scheduled to be held in New Delhi in late 2020. This multilateral mechanism has the potential to build a stronger partnership between India and Central Asia. As brought out in Samarkand Dialogue, the India-Central Asia Business Council was launched in New Delhi on 6 February 2020, with the participation of the respective apex financial institutions of India and Central Asia. This council will work towards the enhancement of trade and commerce between India and Central Asia.

India’s military cooperation with Central Asia has grown in the recent past. India’s defence cooperation with Central Asia includes the bilateral exchange of visits, military-technical cooperation, education and training along with joint military exercises, and cadet youth exchange programs. More than 200 Kazakh defence forces personnel have undergone military training in India to date. In 2019, India and Kazakhstan successfully conducted joint annual military exercise ‘KAZIND-2019’ in southern Kazakhstan. India also held joint military drills with other Central Asian countries such as ‘Khanjar’ with Kyrgyzstan and the latest being the ‘Dustlik 2019’ with Uzbekistan.

Due to the absence of direct land connectivity, India’s trade with Central Asia remains below its true potential. Until it fully connects with the region by railways, roads, or by air corridors, economic cooperation will remain limited. India needs to be proactive while figuring out its priorities within the SCO. China being the dominant player in SCO, can present challenges to India’s position as Beijing’s main ally and India’s all-time adversary Pakistan is also a member of this regional grouping. Having been shared long historical and cultural linkages, India and Central Asia have not fully utilised those ties to elevate bilateral relations. For the development of trade and commerce, India needs to expand its export basket. There is a  lot of scope for India to achieve its objectives in the region; however, a robust and proactive approach is required.

The goodwill that exists both in India and Central Asia needs to be exploited to elevate the strategic partnership between them. Some suggestions are given below:

• India needs to shift the focus from an import oriented approach to establishing a manufacturing base in Central Asia.

• India needs to reflect on accelerating the progress of its connectivity projects such as Chabahar and International North-South Transport Corridor (INSTC).

• An India-Central Asia Forum Summit should be launched similar to the India-Africa Forum Summit to pay attention to the issues of mutual concern and to come up with solid suggestions.

• Media outreach and collaborations can play a critical role in facilitating the required information in both regions.

• Scholar exchange programmes between the educational institutions and think tanks should happen at regular intervals.

• For expanding people-to-people contact between India and Central Asia, a visa-free regime is required.

• India should incentivize the private sector to invest in countries of the Central Asian region instead of giving Lines of Credit and Buyers Credit,

• India and Central Asia should expand cooperation in the service sector.

• Indian businesses and industries need to be promoted at the SCO platform for greater cooperation with member countries. SCO can also be a crucial stage for promoting India’s cultural heritage (Yoga) and educational potential.

• There are some promising fields where cooperation between India and Central Asian countries can expand; Pharmaceuticals, Health and Medical tourism, Educational sector, Agricultural productivity, and food processing, among others.