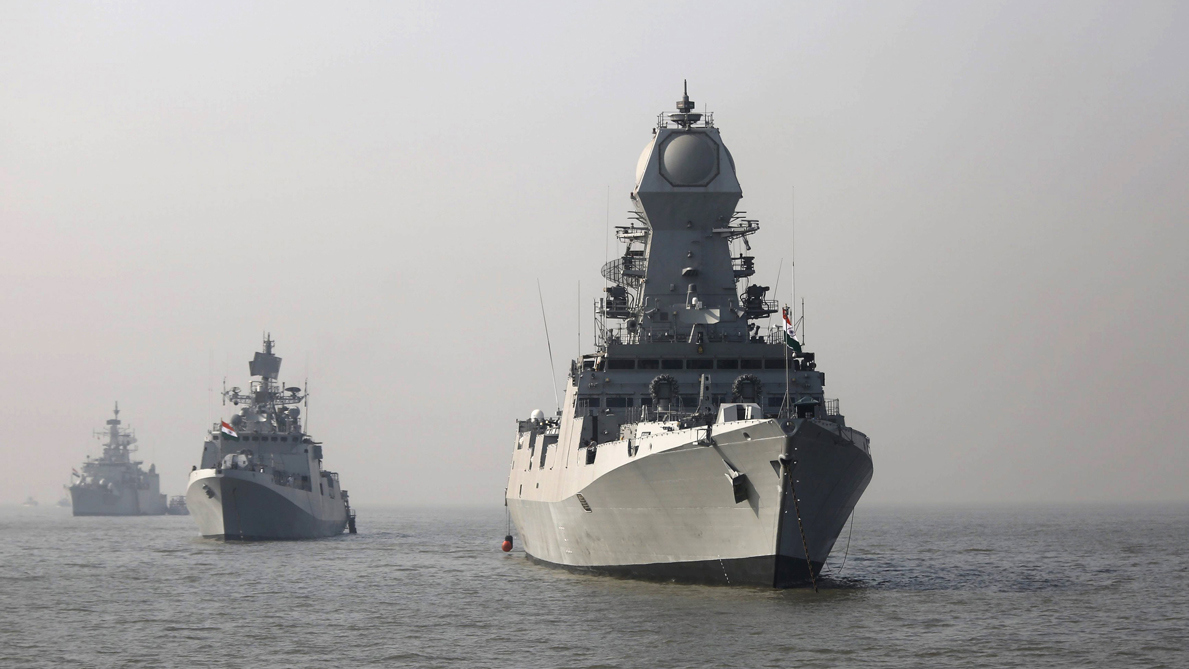 The ever-dynamic and vacillating maritime strategy of India has been an acknowledgement and response to myriad geopolitical demands, aiming to suit its ambition in the wider global order. Consequently, there has been a perpetual renewal of maritime security propositions and geopolitical imperatives, over the last decade or so, aimed at widening the diplomatic pursuit for India. One such domain is the Indo-Pacific narrative, gaining salience in the recent past, highlighting India’s strategic re-orientation witnessed in the country’s new and evolving maritime policy. The strategic delimitation of the Indo-Pacific has been aptly extended by the country to encompass not only the eastward movement of India across the Bay of Bengal, beyond the ASEAN nations but also the western expanse- to the western Indian Ocean, the island nations of the Arabian Sea and eastern shores of Africa. This is one zone of convergence for India, having evolved from growing security, connectivity and economic interests.  That being so, India’s maritime approach has felt the necessity to evolve from a more benevolent proposition to a dominant and aspiring force by expanding its ambit of opportunities and outreach facilitation.

Interestingly, India has found itself amidst increasing contestations among the major global powers- the primary stakeholders in the Indo-Pacific, like Australia, Japan, the USA and China with the increasing trade transits and strategic nodes. The country’s transformative attempt for the maritime space by creating a seamless stretch of security architecture, moving from the coasts up to the high seas, capacity building through appropriate acquirement and manufacturing with increased investments and the evolving significance of the Navy have been noteworthy here.

Keeping its core national interest in consideration, India has been trying to preserve, promote and protect majorly and overtly certain principal maritime gains including protection of territorial integrity from sea-based threats, developmental aspects related to the Blue Economy to the pursuit and protection of the Sea Lines of Communication (SLOCs) and maritime resources within and beyond the maritime zones of India (MZI). The idea has been to create a congenial and holistic maritime domain.

Against this backdrop, the maritime strategic blueprints or the naval doctrines of India may be cited as the best possible reflection or manifestation of the country’s maritime aspirations. The newest compilation promulgated by the Indian Navy, titled Ensuring Secure Seas: Indian Maritime Security Strategy (November 2015) is one such document, envisaging the shifting contours of India’s maritime role, predominantly hinting at maritime military capability and the disposition of the Indo-Pacific framework. The aspiration has been to seek and uphold security control of the important chokepoints in the Indo-Pacific and the Asia-Pacific regions, like the Strait of Malacca, the Strait of Hormuz and the Bab-el-Mandeb, to mention three, apart from the aforementioned developmental aspects. In fact, this strategy has taken the position of the former Indian maritime doctrine of 2007- Freedom to Use the Seas: India’s Maritime Military Strategy.

‘Diplomatic maneuvering’ is another important pillar of India’s maritime strategy with regard to countries like China and the resultant challenges associated with the policy to connect and utilize the main ports of the Indian Ocean under the guise of infrastructural development and preventing piracy by China. Emanating from this scenario was Indian Prime Minister Narendra Modi’s 2018 Shangri-La speech, outlining India’s vision towards greater connectivity and equal access towards the India Ocean region. The final destination was upheld as a comprehensive status quo, to be outlined through the Act East and Act West policies and rules based order, removing resistance to enhanced cooperation and uninterrupted exercise for the optimal utilization of economic benefits offered by the region.

India has also been utilizing strategic spaces like the Bay of Bengal to ensure the security of 90 percent of its external trade volume (mainly oil imports), along the crucial SLOCs traversing through the Bay, finally utilizing the aspect as a stepping stone to the wider Indo-Pacific. With deepening engagements with the Bay littorals like Indonesia, Malaysia and Singapore, and the easternmost reaches of the Indian Ocean, the area is being treated as an ‘inter-regional arena’. Organization like the Bay of Bengal Initiative for Multi Sectoral Technical and Economic Cooperation (BIMSTEC) may provide equal leverage as a key transit route between the Indian and the Pacific Oceans, placed at the intersection of the Chinese and the Indian strategic interests, thereby fuelling India’s Act East Policy as well as deeper integration with ASEAN equally. Advancements to the South China Sea also deserve mention, through India’s Act East policy and engagements with South East Asia, though it does not have any direct claims to the domain. Nonetheless, with an interest of keeping the SLOCs free, agreements like the LEMOA (Logistics Exchange Memorandum of Agreement) with USA, allowing the militaries of the two nations to use each other’s facilities, has increased bilateral ‘interoperability’.

India has also tried to harness the optimal potential of the western Indian Ocean (WIO) as well, through its Act West venture, trying to make its presence felt mainly in the Vanilla Islands covering Comoros, Madagascar, Mauritius, Mayotte, Reunion and Seychelles. The strategic presence of China here, much to the dismay of India, has been a threat to the latter’s access to continental Africa. Once India gets an ‘observer status’ at the Indian Ocean Commission (an intergovernmental commission which tracks the development of the five African Indian Ocean nations) situation might improve. Also, India’s diplomatic relationship with Seychelles in the recent past and being called a ‘primary area’ of its interest has been a fine way forward in the region. The situation might improve with better investments in the future through naval bases.

At this juncture, India has started leveraging the overarching theme of being a ‘net security provider’ as a ‘formal endorsement’ of India’s active leadership capability for regional security and stability. Moving beyond any sort of ambiguity, India has been defining its presence in the Indian Ocean Region (IOR) and the Indo-Pacific. With the argument of the free and open Indo-Pacific (FOIP), the various conceptions and interpretations associated finally culminate into the creation of better multilateral platforms for India with like-minded partners in the region, for example, the idea of creating the ‘Quad’ or a quadrilateral partnership (with USA, Japan, Australia and India) or strengthened bilateral naval exercises demanding a strategic vision for the future. It is only through a renewed geopolitical scenario that India would be able to make its mark in the new vision of the global maritime outlook.

Anasua Basu Ray Choudhury
Author is a Senior Fellow, Observer Research Foundation, Kolkata and can be reached at anasuabasu@orfonline.org