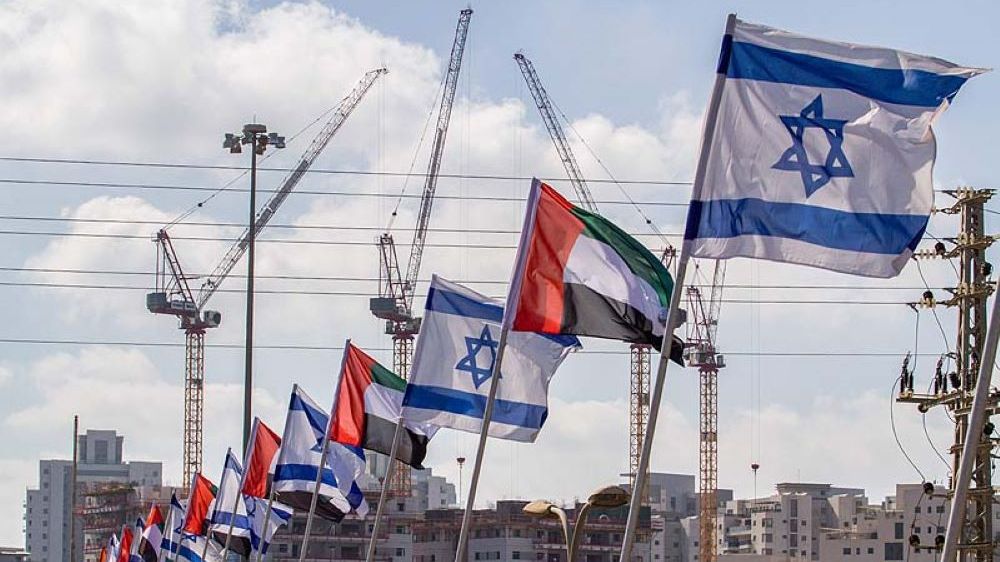 The resumption of UAE-Israel diplomatic deal, as announced by President Donald Trump, came as an audacious shocker to the world, sudden surprise to the entire Middle East region and painstaking disappointment to the Palestinians. For leaders, think tanks and the common people, the unthinkable deal between the two opposing states is the beginning of a new dawn, a new era to normalise the bilateral relations. Now that the foreign ministers of Israel and UAE have inaugurated direct phone service between the two countries, all doubts over the agreed deal are set aside. In a reciprocal gesture, for the deal to be a genuine coming-together, Israeli President Netanyahu has committed to give up Israel’s planned annexation of the West Bank. Given the Israel-Palestine bitter relations, this diplomatic deal is both historic as well as strategic.

The positive news is that the UN Secretary-General Antonio Guterres has welcomed the accord with an optimistic hope that it is going “to promote peace and security in the Middle East region”. Of course, Palestine is unhappy and heart-broken: Palestinian President Mahmoud Abbas termed it as ‘disgraceful’, and Hamas leaders called it ‘stab in the back’ while Turkey President Tayyip Erdogan denominated it as ‘hypocritical behaviour’ of the UAE and threatened to suspend ties with the UAE. Meanwhile, Saudi Arabia, a close ally of UAE in the region, has maintained a conspicuous silence though speculations are high that the kingdom will shortly extend it accent to the accord since Crown Prince Muhammad bin Salman or MBS and President Trump are close on diplomatic turf, and more Oman, Bahrain have given their accents. We must understand that the UAE is the third Arab country to have signed a peace deal with Israel; the Israel-Egypt Peace Treaty in 1979 paved the way for a complete withdrawal of Israel occupation from Sinai. It was followed by and Israel-Jordan Peace Treaty (1994), which helped normalise relations between the two countries in addition to solving disputes related to land and water disputes and opened the door for promoting tourism and trade. The Israel-UAE deal sets forth areas of bilateral relations such as tourism, telecommunication, investment, energy, direct flights, security and cultural exchanges. The immediate outcome of the deal is that both countries are going to get engaged in finding a vaccine for Covid-19.

This strategic deal offers a major shift in the power game in the Middle East: so far, if Saudi Arabia agrees and other Sunni nations join together, a powerful anti-Iran alliance is on the card. It benefits Israel since the slow but steady rise of Iran in recent times is going to pose a formidable threat to this tiny state; it benefits Saudi Arabia and its partners in the region to curtail Iranian influence which has spread to Syria, Lebanon and Iraq, Lebanon (Hezbollah) and Yemen (Houthis). It benefits the UAE-led nations in the areas of security and intelligence since Israel is the proud possessor of the best technological security system in the world and which is going to assist Saudi Arabia and others to better deal with the Iranian security system and security threats from non-state actors.

Turkey is vocal and vehement in criticising the accord, but it appears hollow and hypocritical since Turkey keeps bilateral relations with Israel more normal than UAE; Turkey was the first Muslim state to recognise a Jewish state in 1949, a free trade agreement that Turkey signed with Israel in 1996, a bilateral investment treaty in 1998, about $2 billion two-way trade and upgradation of Turkey’s military system by Israel including purchase and modernization of F-4E Jets and M-60 Tanks and cooperation in the tourism sector – all these are bare testimony to the fact that Turkey, in its new role of leading the Middle-East region, decries the deal, even threatened to withdraw its ambassador from Abu Dhabi albeit Turkey did not say a word of calling its ambassador from Tel Aviv.

In recent years, Arab countries, in spite of the continued tough policy of Israel vis-à-vis Palestine, have tried to deepen their relations, or have shown an inclination towards normalisation of relation with the Jewish country. Reports of covert ties between Saudi Arabia and Israel and MBS visiting Tel Aviv in 2018 are indications of what foreign relation experts call an indirect relation between Saudi Arabia and Israel in the Israel-UAE agreement. We are yet to see the reactions of Russia and China; about China, it is highly likely that Beijing may either come up with a diplomatic stance, keeping in mind its business spread in the Middle-East or reject it with caution since the US has brokered the deal. Russia, of course, is going to oppose the deal since it may not like a seemingly Sunni-countries coming under one umbrella to walk with Israel, and given Russia’s strong ties with Syria, it will not stand watching anti-Shia or anti-Iran conglomeration gaining ground. The accord is meatier since it helps ease the wobbly frustration on the part of Israel to be isolated in the region.

For India, the Israel-UAE ties is a win-win situation since New Delhi maintains close relations with both these countries; there is a better chance for India to play a more constructive role in enhancing security ties both with Gulf countries in countering terror plots and Israel with cutting-edge technologies. The good news is the isolation of arch-rival Pakistan: given the recent hiccup in Saudi-Pakistan relations and people’s bitter sentiments against Israel, Pakistan is certainly going to oppose the deal, and in doing so it has to concede viable proximity with UAE as well as other countries in the region. If Pakistan goes into Iran’s lap it will surely irk the US administration led by President Donald Trump.

On the other side of the coin, we have apprehension that some leaders and analysts voice over the proposed promise of Netanyahu who agreed to halt the annexation drive in the West Bank since there some 600,000 Israeli settlers live in the area, which stands about 30 percent of the West Bank. They argue that the Israel-UAE agreement or any other such ties will never be able to dislodge the Israeli settlement or solve the Palestinian cause. The role of UAE in triggering or supporting the war in the region is one big reason for the prevailing apprehension, for example, the Emirati regime’s active participation in the war against Yemen, its proxy war in Libya, its support for the dictatorial rule of Egypt’s Abdel Fatteh el-Sisi, and its destructive role in Tunisia and Qatar are the bare facts, and by its aggressive stance, it mirrors Israel.

Though UAE clarifies that the Israel-UAE ties are not directed against Iran, the lone Shia competitor to Saudi Arabia in the Middle East, observers feel that the deal is more about curtailing Iranian influence than fetching peace since they perceive\ a larger Israeli role in the region. Turkey can be a temporary respite for Iran but it can apprehend its loyalty switching over to the collective Sunni conglomeration in the near future. For the moment, the monumental accord opens up a new chapter in the history of bilateral relations in the Middle East.