Diplomatist > Defence & Security > Home Featured > Return of the Kashmir Bogey: Explaining the Dynamics of the Cartographic War Between India and Pakistan

Return of the Kashmir Bogey: Explaining the Dynamics of the Cartographic War Between India and Pakistan 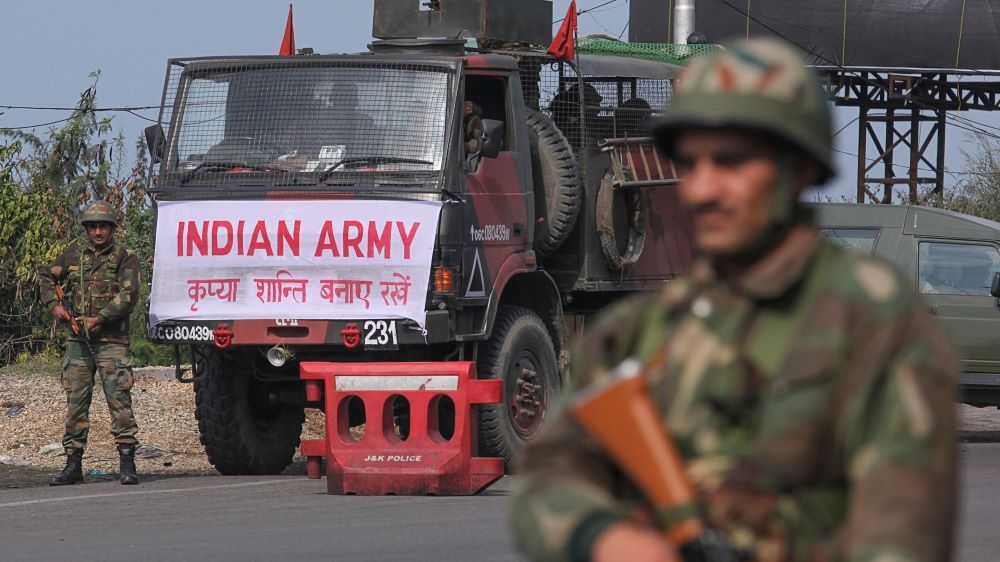 The very recent addition to the geopolitical tension in the COVID ridden condition in South Asia is the upping the ante of the Kashmir bogey provocatively by Pakistan. The new political map of the Pakistani state that includes the entire Jammu and Kashmir amounts to unleash a new cartographic war which is highly likely to unleash the forces to stir the hornet’s nest—with Kashmir issue coming back as a well-crafted strategy to deflect the attention away from the more or less fragile state in Pakistan when the more urgent battle both in Pakistan and in India should be control and contain the undeterred surge of the current pandemic leaving at its trail growing toll of deaths. The timing is very significant also because the message of Bhumi Pujan at Ayodhya for constructing Ram Mandir is already creating a deep internal rift with widespread misgivings in the minds of people in the subcontinent as aptly expressed by professor Rahul Mukherjee in his recent column in the Hindu. He interrogates the narrative and contends that Indian nationalism is never culturally exclusive if we take into account how the vision of nationalism was germinated through syncretic traditions and it was shaped by enlightened monks like Swami Vivekananda. So, it seems that Pakistani move is a sly attempt not only to target India by reviving the historical issue, rather it is more to enmesh with the gambit of a broader political division emerging in the current context of India that may win sympathies if it can be clubbed well with the platitudinous stories of the human rights situation in the valley.

Whatsoever, at the outset let us put the apologia that our purpose in this brief paper is not to delve deeper into Indo-Pakistan relations including recent tensions owing to one of India’s consular staff gone missing recently and later found to have been subjected to interrogation by the Pakistani intelligence. Yet, we think that Kashmir issue on which we tend to concentrate our focus is nothing but a central pillar of Indo-Pak relations till date, hence, it is unavoidable and inescapable albeit India’s cautious attempt to project the issue with considerable strategic restraint. Even so far India’s approach was “defensive than offensive in nature”. We wanted to project that Kashmir is “semi-autonomous” and India is more or less satisfied if Kashmir enjoys such status because that fits well with the asymmetric federal set up that India had adopted and maintained with a degree of efficacy, adjustments and credibility. So, there was no urgent necessity of changing our border with a brand of ultranationalist gung ho. Of course, it did not mean we wanted to be passive because India had always been willing to engage with Pakistan on all bilateral questions in no hold barred manner.

But since “surgical strike” in Pak occupied Kashmir in 2016, Pak sponsored suicide attack on Indian military convoy in Pulwama and decisively from Balakot airstrike, we saw Indian position has been changing remarkably with its shift of approach from hitherto restraint and engagement to “realist strategic aggression” (Vater & Joshi, August 2020). In fact, India’s latest bold response in terms of the scrapping of Article 370 and 35A can be seen as a logical corollary of this shift. Obviously, it was a surprise move, but it was also emblematic of India’s assertion of own strength especially economic growth catapulting her growing image that made possible the enhanced role-playing for India as a regional security provider in South Asia and “net security provider in the Indian Ocean region”. Thus, the entire cascading change was sought to be imparted a muscular approach although political management was far more important—the front on which the government lacked much headway. This failure is now more acute as we find friends are turning foes. It might teach us a lesson of their opportunistic arrogance but we should also judge to realize that strongman image that we want to project might turn counter-productive for India in South Asia.

Now let us confine our focus to the developments in Kashmir since 2014 onwards which saw a sharp spurt of insurgency added with the fury among the Kashmiri youth leading to a security crackdown in the valley. But it was not enough to prevent the radicalization of the youth in the valley. Kashmir was sandwiched on one hand by the Pak sponsored protracted shadow war to bleed India and on the other hand, by increasing militarization. Of course, the government of India has justified the move in early August 2019 that it was necessitated for “better governance”. It is significant to note because it implies that mere integration is not the sole motto. The purpose is larger to promote the ambience conducive for development by inducing the involvement of local people for ushering in positive transformation in the valley. We are optimistic that the steps of the government of India would be well-received by the inhabitants of the valley, otherwise, it could perpetuate frustration as empty promises. However, the impression was not good because soon after rescinding the said articles on Kashmir official restriction was imposed to ban Internet services. Even if we set aside such castigating charge, there is no denying the fact that there are a plethora of issues from jobs, spreading educational opportunities, expanding infrastructural facilities, rehabilitation of the Kashmiri pundits, law and order so on and so forth. That it is not at all a cakewalk for the centre to achieve the development target at a single strike.

In the past, special status was given to the state of Jammu and Kashmir under the Indian Constitutional Articles 370 and 35A in terms of autonomy. In fact, Article 370 was the basis of Jammu and Kashmir’s accession to the Indian Union at a time when erstwhile princely states, under duress, had to join either India or Pakistan in 1947.

After the revocation of two aforesaid articles since 1st November 2019, the new Political Units came into force. Very significantly, a New Political Map of India was released by the Government of India on August 5, 2019. Here one point is very significant that now as per the new political map of India the Union Territory of Jammu and Kashmir includes Pakistan held Azad Kashmir. So, the question arises what was the necessity of “upending the status quo in Kashmir”? Of course, we are defending it on multiple grounds as the Hindu dated August 6, 2020 reported that the Ministry of External Affairs, the government of India in a sharp reaction to Beijing’s comment on dilution of Article 370 told China “not to comment on the internal affairs” of other countries. So far so good, but India needs to understand we are now in a globalised world where a small ripple can produce huge outbursts.

Now it is crystal clear that Pakistan did not at all wash its hands from the issue but it was waiting for an opportune moment to call shots. Almost a year later since August 2019, when Nepal and soon thereafter China are breathing on India’s shoulders, Pakistan has gone one step further with this current reckless deed of “territorial aggrandizement”.

Surprisingly, Pakistan included several regions of India into its new political map. It is learned that the Pakistan Cabinet too has already approved it with great vigour. Pakistan-occupied J & K and some parts of Ladakh have been put on the controversial map. The new political map of Pakistan also claims the cities of Junagadh and Manabgadh in Gujarat and the Sir Creek areas to be the parts of Pakistan. Significantly, just one day before India’s one year repeal of Section 370, Pakistan’s Prime Minister, once a great cricketer, gladly inaugurated the new controversial Map of Pakistan and he said: This map is a symbol of the aspirations of every Pakistani citizen and the people of Kashmir.

Is it Pakistan’s panic reaction or its underlying premonition of Hindu nationalist pursuit of Akhand Bharat that might integrate the entire Pak territory back with India is a difficult proposition. Still, such an idea of integration with India is an anathema that runs deep in the thought of Pakistan. That’s why might be Pakistan is abuzz with such a provocative counteractive move. Obviously, in response to this, Indian Foreign Ministry Spokesman Anurag Srivastava said that ‘We have seen the so-called Political Map… Pakistan’s claim over the territories of Gujarat and Jammu-Kashmir is a reflection of the unrealistic political thinking of that country. It has neither any legal validity nor any International acceptance’.

Based on our analysis let us conclude by positing that boundary disputes are familiar issues in international politics, more so in post-colonial South Asia. There is no end of hostility as hybridization of new warfare and recent cartographic aggression by Pakistan might provoke us to enter the trap. In the circumstances, if it logically benefits anybody by pitting Pakistan against India, it is China because it is Beijing’s shrewd calculation to catch fish out of troubled water.