Diplomatist > Politics & Government > Home Featured > What Not to Ask: Will Kamala Harris be Good for India?

What Not to Ask: Will Kamala Harris be Good for India? 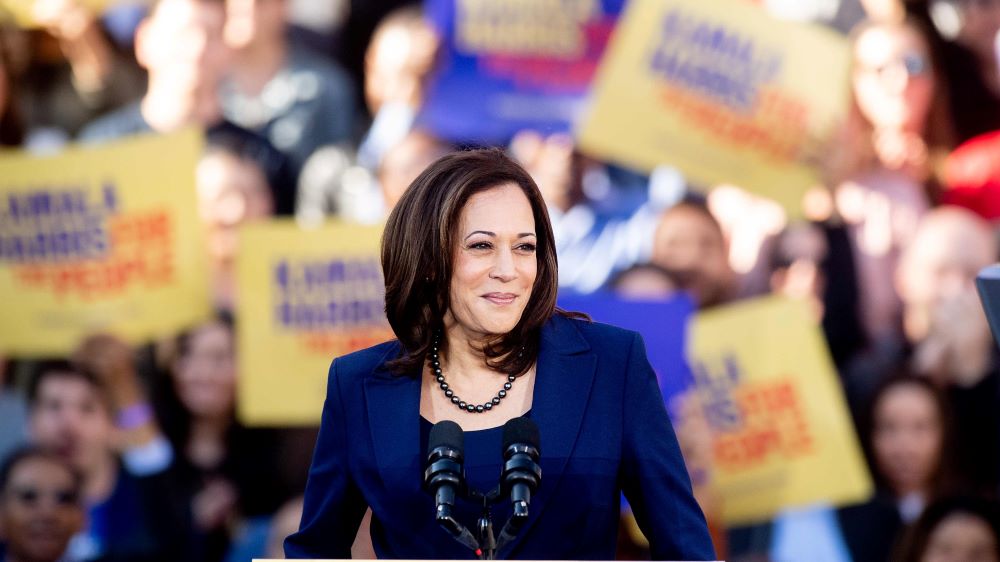 As the presumptive presidential nominee of the Democratic Party, Joe Biden chose Kamala Harris as his running mate for the upcoming US presidential election later this year, and given Harris’ Indian roots, Indians are likely to ask: will Harris be good for India? However, this question is as non-consequential as asking: whom should India root for during a presidential election in the United States. While the Indian media and public conversations will likely engage in asking who will be good for India, the question is plain non-productive if not counter-productive from a policy point of view. For long, many in India have harboured a myth that any Republican administration will be necessarily good for India. However, a cursory examination of the contemporary history of India-US relations makes it clear that every single occupant of the White House thinks ‘America First’ and any upward or downward trend in India-US relations is symptomatic of this primary assessment. From President Harry Truman to Donald Trump, this has been the case with every single presidency.

The central pivot of the discourse on India-US relations in the last two decades has been the enviable bipartisan support that the India-US relationship has managed to gain in Washington. Therefore, prudence lies in keeping both the parties engaged on issues relating to India’s interest but keeping a safe distance when it comes to the domestic electoral politics in the United States. Critical aspects of the bilateral relationship will require New Delhi to work both the parties to gain traction in the US interagency policymaking process. However, in the election season, electoral politics should be better left to the candidates, their parties and the American electorate. The simple reason being the reality that New Delhi does not really have much a choice, neither does any other capital, of choosing whom to deal with in the White House, once the American voters elect their president.

The India-US relationship has come a long way and stands on a stable plank, wherein neither Washington nor New Delhi has to have sleepless nights over, who takes charge in either country. If in India, the relationship in the new century has built by both the BJP led NDA governments and the Congress party-led UPA government, both the Democratic and Republican parties in the United States need to be credited for taking the ties forward. The change of Presidencies and Prime Ministers in the US and India respectively, have not affected the positive arc and trend in the relationship. The public chemistry between the leaders of the two democratic countries has been clearly one of bonhomie and like-mindedness in recent times. The symbolism of President Barack Obama as the Chief Guest at India’s Republic Day Celebrations cannot be overstated. There are deep institutional linkages between the two countries, whether in foreign, economic or security affairs. From the tri-service military exercises to counter-terrorism cooperation, from building convergence at multilateral settings to deeper and expansive non-governmental entrepreneurial ties, the relationship stands at a juncture, like never seen before.

There is now an effective ‘2+2’ dialogue between the foreign and defence ministries of the two countries. India is now designated as a major defence partner of the United States, and efforts are being made to streamline the relationship from one of buyer-seller to high synergies of co-production. A number of foundational agreements have been signed, with the aim of increasing interoperability between the militaries of the two countries. There is a new understanding, along with like-minded countries to jointly develop “sustainable, transparent, quality infrastructure.” Even in the times of President Donald Trump who has often crossed swords with a number of allies and partners, there has been a relative sense of stability in the India-US partnership.

The broader strategic congruence of constructing a stable Indo-Pacific has driven the political leaderships and bureaucracies in the two countries to build on the convergences and work to address divergences. In view of China’s questionable behaviour in response to the coronavirus outbreak and its aggression at the India-China border and in the South China Sea even during the pandemic, there are calls for greater synergy between India and the US. This is an inflection point in the relationship, and the majority of the signals emitted from both countries is largely positive. The ability to harness potential and weather storms comes from the institutional linkages and the political synergy built in the last two decades. Such a strong base has to be nurtured, and cannot be taken for granted or left on autopilot.

As the election season heats up in the United States, presidential campaigns of both the parties are likely to come up with up sound bites that might not be music to Indian ears. However, these election speeches are meant for the American voters, and should not be seen as an assessment of India-US relations. Once the candidate enters the Oval Office as the US President, the more institutionalised course of the relationship will take precedence and affirm the robust pedestal on which the relationship sits now. On the positive side, India is not a priority in US election campaigns because India is not a threat or a problem for any US presidency.

The story of Kamala Harris’ rise in the world of American politics and public office is worth celebrating, and perhaps she is the right choice for Biden’s presidential run and for the future of the Democratic Party, and for American politics at large. However, a hard nose assessment of the contours and the future of India-US relationship from India’s point of view should stay clear of rooting for any candidate at this stage, and wait for the American public to democratically choose their leader for the next four years.