The Caliginous Cultural Revolution of China 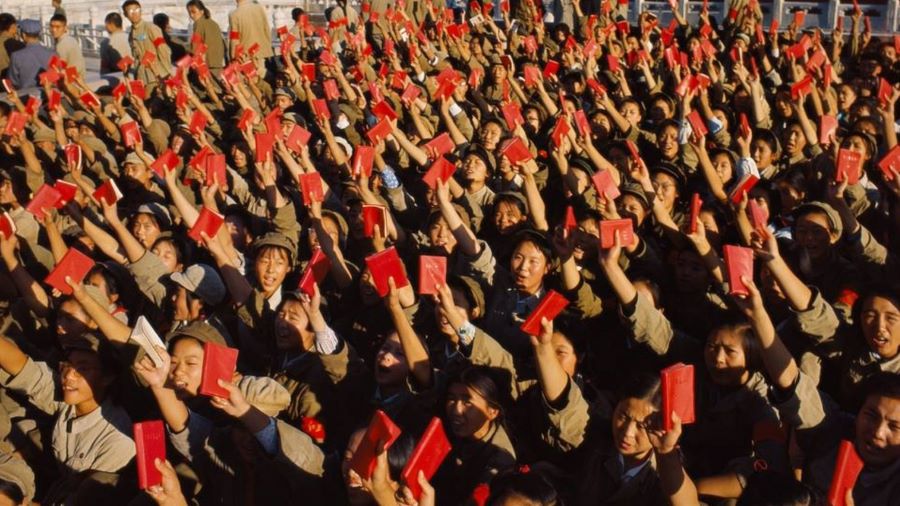 It was between the years 1966 to 1976 the Cultural Revolution, which is regarded as a sociopolitical movement, took place in China by Mao Zedong. The central objective was to preserve the “Communist ideology” in the nation. In the 1960s, the Chinese Communist Party (CCP) leader Mao came to observe that the present party leadership in China, was pushing too far in a revisionist direction, with importance on expertise rather than on ideological purity. Mao’s place in the state had thinned after the breakdown of his “Great Leap Forward” and the economic crunch that ensued. Mao chose a group of radicals, including his spouse and defence minister, to assist him to combat the present party leadership and reassert his power and authority. To promote the personality cultism that sprang up around Mao through the initial stage of the Cultural Revolution, the famous “Little Red Book” of Mao’s quotes was published and circulated by the millions everywhere China. Mao shut down the nation’s academic institutions, commanding for a large youth mobilization to take current party leaders to task for their embrace of bourgeois values and the absence of revolutionary spirit. As time passed, the movement intensified swiftly as the students created paramilitary groups called the ‘Red Guards‘ and criticized, attacked and harassed members, which included China’s elderly and intellectual community. On the other side, rural farmers and urban workers didn’t have a reason to dislike Mao, for many of them thought positively of him. As Mao’s idea of reconstructing the CCP unwrapped, brand-new developments arose and unexpected destruction and violence began. Catholic nuns including the Chinese in foreign clothing and the ones who possessed foreign goods and objects were attacked. Citizens were beaten and large amounts of private property were confiscated and private homes were raided.

Cultural Revolution implied the continuous revolution needed for the country to continue as a Socialist nation and to realize its socialist aims. There was a vulnerability that China would turn to Capitalism unless there was a revolution. The Cultural Revolution motto “Po Si Jiu” which means, break the four olds – old ideas, old customs, old culture and old habits certainly add conceptual weight to this perception. The revolutionary intentions and the strategy of the revolution are regarded to be trivial victimization of all cultural and political life concerning the conceptual frame of neoliberalism and human rights.

Following Mao’s untethering of the Cultural Revolution in the spring of 1966, Tibet became the scapegoat of a Chinese campaign “to create the new by smashing the old.” Most of Tibet’s monasteries had previously been damaged before the Cultural Revolution. Now what was left was further ransacked and plundered. Red Guards broke into homes to search for religious or holy things to destroy them. The first Red Guards to appear in Tibet included Tibetan students and scholars who had been educated, influenced and radicalized at national academies or universities in China.

Why Cultural Revolution is sometimes compared to Nazi Holocaust?

When the Cultural Revolution began, the left-wing students in Berlin, Germany were paying heed to it.  In the book ‘Wild Swans’, Jung Chang puts the Red Guards on par with Hitler’s Storm Troopers. Writer Vera Schwarcz explicitly brings the people’s awareness of the meaning of ‘holocaust’ when she addresses the burden of the memory of the Cultural Revolution. While there is a lot of differences between how the Chinese dealt with their Cultural Revolution past and how Germans dealt with their Nazi past, both Chinese and the Germans believe they have much to learn from their devastating past and the grave mistakes that were committed by their national leaders.

Mao and Mahatma Gandhi: My Opinion

History is not simply a picture or reconstruction of what happened. The way we construct the past depends on how we conceptualize our world and ourselves in the present. Therefore, how one sees the worth of the Mao era depends not only on what one’s circumstances are but also on one’s values and beliefs. Oftentimes, in the contemporary period, Mao Zedong has been compared to Mahatma Gandhi, an anti-colonial nationalist who fought for India’s independence. Both Mao and Mahatma had a great feeling of pride and attachment towards their respective nations and its citizens, and a responsibility to restore the past glory, which is a significant area of union observed in these two prominent leaders. However, the actions of both leaders are completely different. Mao concluded that violence and co-operation from the masses were required for the realization of a communist order where he quotes, “Political Power grows out of the barrel of a gun”. Gandhi on the contrary was a messenger of passive resistance or non-violence, which he believed, was required to attain India’s independence. Gandhi had been at the vanguard of the country’s crusade to shake off the yoke of British colonial power. Both Mao and Mahatma equated with the masses and organized and led large protest movements and gatherings. However, Mao is still considered the Mahatma of China.

Millions of people were massacred throughout the Cultural Revolution, and millions of others suffered incarceration or captivity, seizure of property, wretchedness and chagrin. The Cultural Revolution’s short- term consequences may have been observed principally in China’s cities, but its long-term effects affected the whole country for decades to come. Mao’s large-scale strike on the party and system he had created had ultimately produced an effect opposite to what he planned, driving many Chinese to lose trust and faith in their government wholly. According to Historian Anne F. Thurston’s view, the Cultural Revolution pointed to ‘damage of culture, and of spiritual values, loss of hope and ideals, loss of time, truth, and of life, loss of nearly everything that gives meaning to life. ‘ Members of the Red Guards were not just passive followers of a charismatic leader like Mao, but representatives actively linked in a variety of ideological conflicts and games for power.

In 2016, the Cultural Revolution turned 50 years. The Beijing Times dodged the anniversary rather than dedicating its front page to a story about police efforts to find missing children. China’s massively controlled media published no official commemorative events about the revolution and the Chinese academics were prohibited from discussing the high-strung and sensitive period. Till now there is no clarity of agreement on the Cultural Revolution. One opinion differs from the other. Though China has undergone a drastic transformation in these 50 years, there remains a gloomy picture and many questions on events like “The Great Leap Forward”, “The Cultural Revolution” and “The Tiananmen Square” protests that China has not been able to overcome or answer to the world. China with its murky past continues to move forward with an unpredictable and murkier future with the paranoid and secretive CCP.