The COVID-19 Economic Crash Could Set Indian Women Back Decades 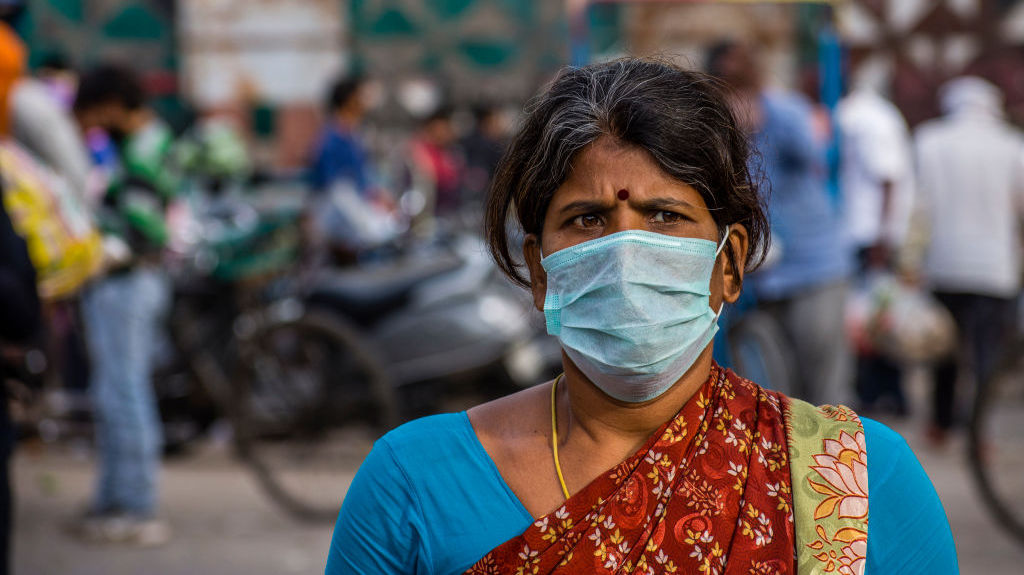 The coronavirus has created a global health crisis, which is claiming human lives, with over 590,000 deaths as of 17th July 2020 and causing distress worldwide. Adding to that, the IMF has declared a global economic recession, stating it could be as bad or even worse than the recession in 2007 – 2009 which lasted for about 18 months.

In India, four months have passed since the initial nationwide lockdown implemented by the Government of India on 25th March 2020 and now preparation for Unlock 2.0 is beginning, with relaxed restrictions barring a few services such as of Cinema halls, theatres, bars, educational institutes, swimming pools, and other similar services.

Amidst the new policies announced and regulations updated, the role of women, and the economic impact on them is undervalued at an unprecedented rate in India. In a recent policy brief on ‘The Impact of COVID-19 on Women’ by the United Nations on 9th April 2020, it was stated that “Women will be the hardest hit by this pandemic but they will also be the backbone of recovery in communities.”

The threat of the pandemic worsening the pre-existing gender inequalities is rising, with a risk of erasing the limited gains of women liberation made in the past few decades in India and worldwide. It is widely known the abysmal manner in which the centre handled the migrant labour situations, but often the cases of women migrant labours are overlooked in the broader term of this case.

Unpaid care work has increased for women, within households, and informal care jobs. Established gender norms have added responsibilities to women performing the majority of the household chores and care work, and sadly these are not paid and invisible in the economic sense of nature. Women perform 9.6 times more unpaid care work than men, according to a report by the International Labour Organization.

Teachers and nurses are underpaid in the formal care sectors, and even though educational institutes are closed, some teachers still have to go to school for administrative purposes. Sanya Bannerjee, a preschool teacher in a well-reputed school in Vadodara, Gujarat is a single mother of an 8-year-old son. She recounts her experience, “We teachers don’t have to go to school every day, maybe twice or thrice a week. I have to leave my son with the neighbours as the school crèche is closed. I cannot avoid my work as it is my only source of income now. Earlier, I used to take tuitions, but that has stopped since March. I am worried about the health of my son, but I have to go to work for both of us.”

Around the world, women earn less than men and are more likely to be employed in the informal sector, especially in South-Asian countries. With reduced social security and entrenched gender norms, their ability to absorb economic shocks is less than that of men. The pandemic and the economic crisis in India has created a detrimental atmosphere for the single-parent household.

Deepali a domestic helper from Khar, Mumbai says, “I haven’t worked for three months. Out of four houses, only one house paid my salary all these months. In the beginning of the year, I had got a job for washing dishes. But you know, these rich people get to know everything first, and they made some absurd reason and asked me not to come to work in the middle of February. Now I cannot go looking for jobs. Many societies here have rules not to allow people like us to enter because we come from slum areas. It has been very difficult for me to make ends meet. I am desperately in need of work.” Deepali worked in houses in Santa Cruz and Bandra. She adds that once she was given 3kg of dal and rice from an NGO, but now Deepali and her daughter survives on rice water and boiled vegetables.

According to a recent article on the New York Times, it was reported that female labour participation decreased to 21% from 32% from the year 2005 to 2018 in the country. Women are at a much higher risk of losing their existing jobs and the lack of employment opportunities is said to make it tougher for Indian women to re-enter professional workspace.

Women and girls perform three times more unpaid care and domestic work than men. In the informal sector, they have limited access to social protection and paid sick leaves. While this invisible economy has a positive impact on the formal economy, it has a much greater negative impact on women’s lives.

The mental strain on women worrying about their job security is causing major anxiety-related mental health issues. Due to a low or negligible support system, they are truly in a vulnerable position. The social distancing rules have induced an undesirable effect of a safety norm since it has created a greater physical divide for women to reach out for help. Lack of a support system and negligible safety nets has created a catastrophic environment for women like Deepali and Sanya.

The discussion of the drawbacks of policies by the government in this period of the pandemic in gender-neutral terms has downplayed the economic impact on women’s lives.  The national media and prominent political figures often wash away the unique issues and situations faced by women due to the systemic social disadvantage. It is imperative to address challenges faced by women and form policies keeping their needs at the centre of it.

A major economic recession announced by the International Monetary Fund, and it is deemed to be unique than any previous global recession. This likelihood will bring challenges to the vulnerable and weaker members of our society, especially women. The progress in women’s empowerment over the years is likely to be erased in these difficult times as women are burdened with more unpaid care work, domestic labour and gender pay gaps. Women are distanced from NGOs and other organisations for help in current times, which is likely the cause of the rise of domestic violence. Policies should be formed, taking the sensitive issues faced by women, as they have comparatively weaker social safety nets.