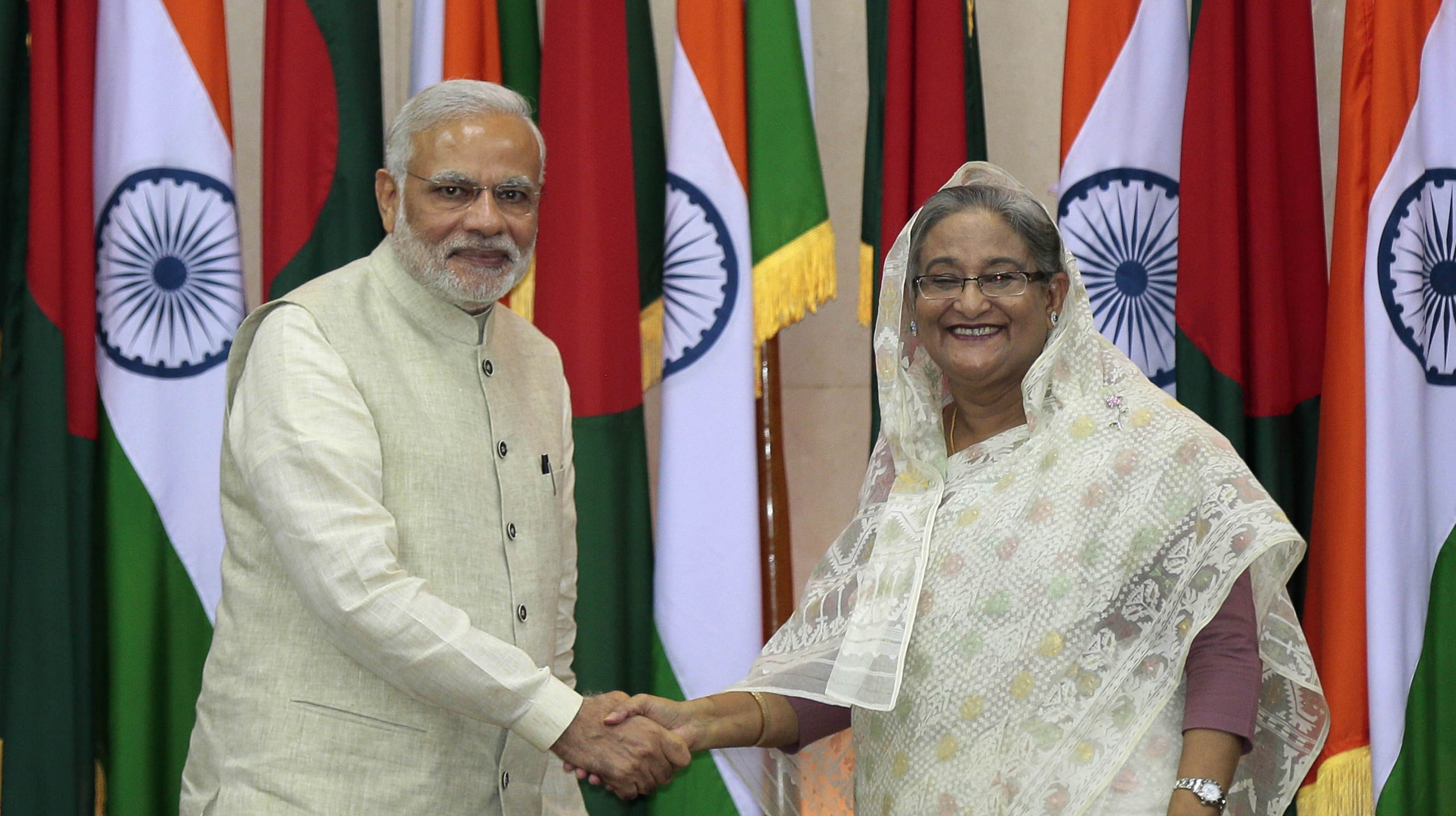 India’s relations with Bangladesh dates back to the decades-old bonding based on strong civilizational, social and cultural ties. India was one of the first countries to recognise the sovereignty of Bangladesh after its formation in 1971 and since then the relations between the two countries have been socially and culturally sound, if not politically always. In recent years, especially after the coming of Modi led government in India, there has been an excessive focus on establishing stronger ties in the neighbourhood and in that context ties with Bangladesh have been a priority and have significantly improved over the years since 2014.

The world today is going through unprecedented times where every country is grappling with the challenges of global security. Amidst such a situation, the global power dynamics is continuously shuffling in the context of the pandemic. COVID-19 phase has witnessed the decline of the hegemonic powers and rise of the emerging powers which has also contributed to reshaping the relations in the international system. In such a scenario, the relations within the Asian continent are experiencing new trends with China’s expansionist tendencies having a serious geopolitical impact, particularly within the South Asian region. In such a scenario, India-Bangladesh relations are reaching new heights of cooperation, solidarity and mutual trust which might have a bearing on the power dynamics of the Asian region in the post-COVID world.

Steps taken to boost India-Bangladesh Relations during the Pandemic

When the pandemic was in its early stage in the South Asian region, India gifted headcovers and masks for the medical professionals in Bangladesh. Later, in April, as part of the SAARC Emergency Fund, India gave one lakh anti-malarial tablets of Hydroxychloroquine and fifty thousand sterile surgical gloves to Bangladesh in order to help the country deal with the pandemic effectively. Considering the medical assistance provided by India, it might appear small (in numbers) but one needs to look beyond the numbers, at the intention, with which the help was rendered to the country in need. India itself is a vast country with a huge number of COVID-19 cases and amidst this, if a country extends a helping hand to another country affected by the pandemic, speaks a lot about the optimistic relations between the two countries in the future.

Not only this, but Indian medical institutes are also conducting many online courses that would benefit medical health professionals during this pandemic and is open to health professionals from different countries. For instance, a course was conducted by All India Institute of Medical Sciences, Raipur, India and it was attended by many people from Bangladesh as well. Thus, these are certain soft power techniques employed by India in rebuilding the relations with Bangladesh which got strained in the pre-pandemic phase due to debates surrounding the Citizenship Amendment Bill and National Register of Citizens.

Not only at the medical level but India continued its assistance towards Bangladesh at the financial and infrastructural levels too. Last month, on 27th July 2020, Indian Railways gifted ten Broad Gauge Diesel Locomotives to Bangladeshi Railways, after Bangladesh expressed its urgent need for the same. This will further boost railway transportation services in Bangladesh. Also, during this pandemic phase, both the countries ensured that the supply of essential services, commodities and raw materials remain unaffected by increasing their rail cooperation and ensuring smooth trade facilitation.

India-Bangladesh economic relations also received a great boost after the beginning of fifty electronically sealed rail containers carrying goods between India and Bangladesh last month. This is considered as a “game-changer” in the relations between the two countries as it is started with the intention of speeding up the trade. This will not only help India in exporting essential commodities to Bangladesh but will also allow Bangladesh to export goods to India at lower freight costs avoiding delays at the borders.  It can be seen that the relations between the two countries are well reciprocated by their leaders – Narendra Modi and Sheikh Hasina on political fronts.

In recent years, the South Asian region has witnessed an increased presence of China, which has only intensified during the pandemic as seen in the case of Nepal. China has also increased its outreach in Bangladesh and both the countries are working on their trade relations extensively. In 2015, China replaced India as Bangladesh’s top trade partner and since Bangladesh is a part of ambitious China’s Belt and Road Initiative (BRI), it has received huge investments from China, an amount as high as 24 billion dollars. During the pandemic, China has granted duty-free access to ninety-seven percent of Bangladeshi products for increasing its engagements with the country.

Amidst such a scenario, there are two things coming out of China-Bangladesh relations and how it can have an impact on India-Bangladesh relations. First, in the South Asian region, India needs an ally to counter the influence of China and there can be no better partner than Bangladesh, considering the interest of the leaders in both the countries to build strong, stable relations and also considering the sour relations with other neighbours like Nepal, Pakistan, etc. This can be a good opportunity for India to rebuild the existing ties with Bangladesh and counter China’s growing influence. Second, during the pandemic, China seems to have lost its international credibility and trust and therefore, Bangladesh should rethink in terms of increasing its dependence on China especially in the context when many countries in the world are thinking of reshaping their dynamics with China. In such a scenario, India can be a really trusted partner for Bangladesh considering the deeply rooted historical ties between the two countries.

Thus, at a time when countries are finding it difficult to deal with the pandemic, India-Bangladesh relations are reaching newer levels of cooperation. These efforts need to be directed positively and optimistically in securing strong, stable and long-lasting relationships between the two countries.