How India Should Deal with Sino-Pak Nexus 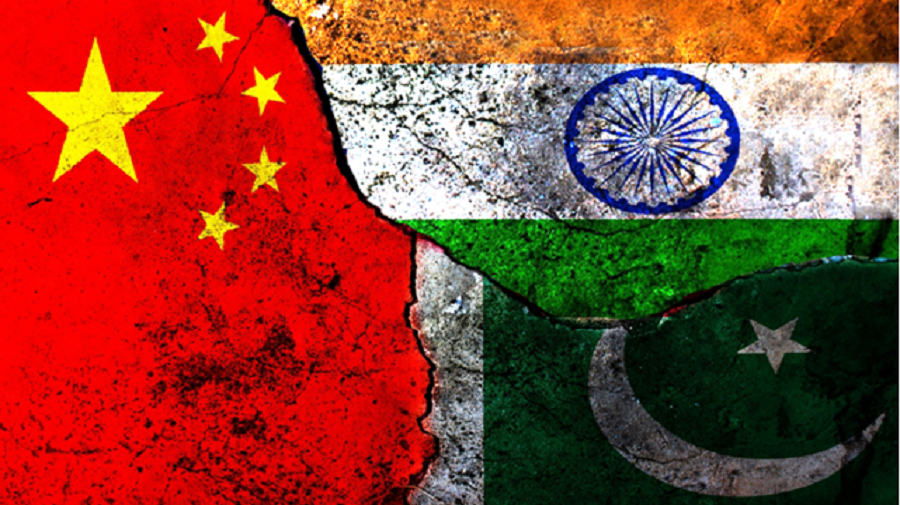 Amid rising tensions between India and China in the Ladakh sector, a deadly clash of soldiers in Galwan Valley led to 20 Indian army personnel getting killed in action. On the other side, Chinese PLA soldiers also died in this violent skirmish but no information was released due to the notorious censorship of the ruling Communist dispensation.

The Galwan Valley incident has changed the narrative of the border standoff and the process of de-escalation between India and China hung on a thin string, will-bound to tilt either way. These rising tensions on the ground have now culminated in intensified military preparations with heavy deployment in the Ladakh sector.

The Geo-Strategic importance of Ladakh is not a new phenomenon in contemporary politics. Even in the early British period, Ladakh was an important arena of Great Game politics between Great Britain and Russian. A reason for this was the region acting as a conduit to Central Asia. The geography of Ladakh is highly unique in nature with Pakistan on the western sector and Chinese in the Eastern sector, followed by the highest mountain ranges in the world which eventually make regions more dynamic in international politics.

In recent times, the speculation of a two-front war has re-emerged after the movement of a Chinese refueller aircraft landed in Skardu airbase  (POK) and action of additional 20,000 troops along the Line of Control (LOC) in occupied Kashmir and Gilgit-Baltistan. In addition, there are intelligence inputs floating around indicating high-level official talks between the cadres of the terrorist group Al Badr and the Chinese officials. The reasons for such engagement are easy to speculate amidst the growing anti-militancy actions by the Indian forces in the Kashmir Valley. This recent military advancement along the Gilgit-Baltistan side reflects two main objectives of Pakistan.

Firstly, the most important target on their radar is the Kargil sector where the point of interest is the NH 1D supply line of the Indian Army used for mobilisation of troops and ammunition from the Srinagar base. Another essential part is the distance between Kargil and Skardu (POK) is hardly 170 km by road and minutes away from the air target.

Secondly, the Siachen Glacier, which was occupied in 1984 by the Indian Armed Forces under Operation Meghdoot continues to be a major point of interest. The region is of paramount strategic importance for the national security interests of India with the Geostrategic close proximity with Shaksgam Valley. The Shaksgam Valley, which was illegally ceded to China by Pakistan is in close proximity to the Karakoram pass through which the Karakoram Highway passes connecting Gilgit-Baltistan to Xinjiang province of China and also the heart of China-Pakistan Economic Corridor (CPEC).

The nexus of Pakistan and China in the Northern region of India is widely discussed in the Indian and the acceptance of two-front war possibilities in public by the Army chief, General M.N Naravane stated during his maiden visit to Siachen in January.

In a pandemic crisis where countries are going through a tough time, the Chinese are continuing its expansionist policy towards multiple countries in its neighborhood, from the South China Sea to the Eastern Border of India.

In order to deal with the Sino-Pak nexus, India has to take some important strategic steps to deal with two immediate neighbouring states. India has to continue with the psychological military strategy with both the states equally. On one hand, India has to increase its Air Force preparations around  Nubra Valley, near to Pakistan Border and also pursue development on the Daulat Beg Oldi airstrip, close to China. Such a step, where India engages on both fronts and steps up its preparedness, could be a useful move in the arsenal of India’s psychological warfare.

Second, India has to calm down one state in the interest of its national security and pay more attention to the effective, desired outcome. There are various methods and political tactics through which India can engage the counterpart. Be it political diplomacy, agreements, foreign policy debates, or discussions on various matters which provide better opportunities to all parties. Subsequently, the risk of confrontation through such diplomacy would be ultimately minimized.

Third, after the Chinese aggressive mode in the South China Sea, India being a core actor in the Asian region should initiate a collective alliance with other Southeast Asian states which are most affected by the Chinese aggressive nature in the region. All these states are mostly impacted by Chinese belligerent actions in the South China Sea which eventually has resulted in increased tussles over sovereign rights of smaller nations with China. India could engage with all these countries through various aspects like historical and cultural ties,  global support on various International venues and military assistance and exercise with respected states. Ultimately, India has to prove her loyalty towards the Southeast Asian States with a goal to restrain Chinese aggression in the South China Sea.

Finally, US-India military alliance would be a nightmare for China and accelerate the formal work on Quadrilateral Security Dialogue, known as “the Quad”, which includes Japan, Australia, India and the United States of America. Eventually, this military alliance could make New Delhi much more powerful in maritime security in the Indo-Pacific region and counter China more easily.

Recently, after the United States Navy successfully accomplished the military exercise in the South China Sea and USS Nimitz- a nuclear-powered aircraft carrier conducted a “PASSEX”(passing exercise) with Indian warship in the Indian Ocean when the US carrier strike group was transiting through the Indian Ocean Region on the way from the South China Sea military drill. This military cooperation between the Indian Navy and US Navy mirrored how two powers are hard bent on deterring Chinese expansionist ambitions.