Quad: An Opportunity for India to Counterbalance China 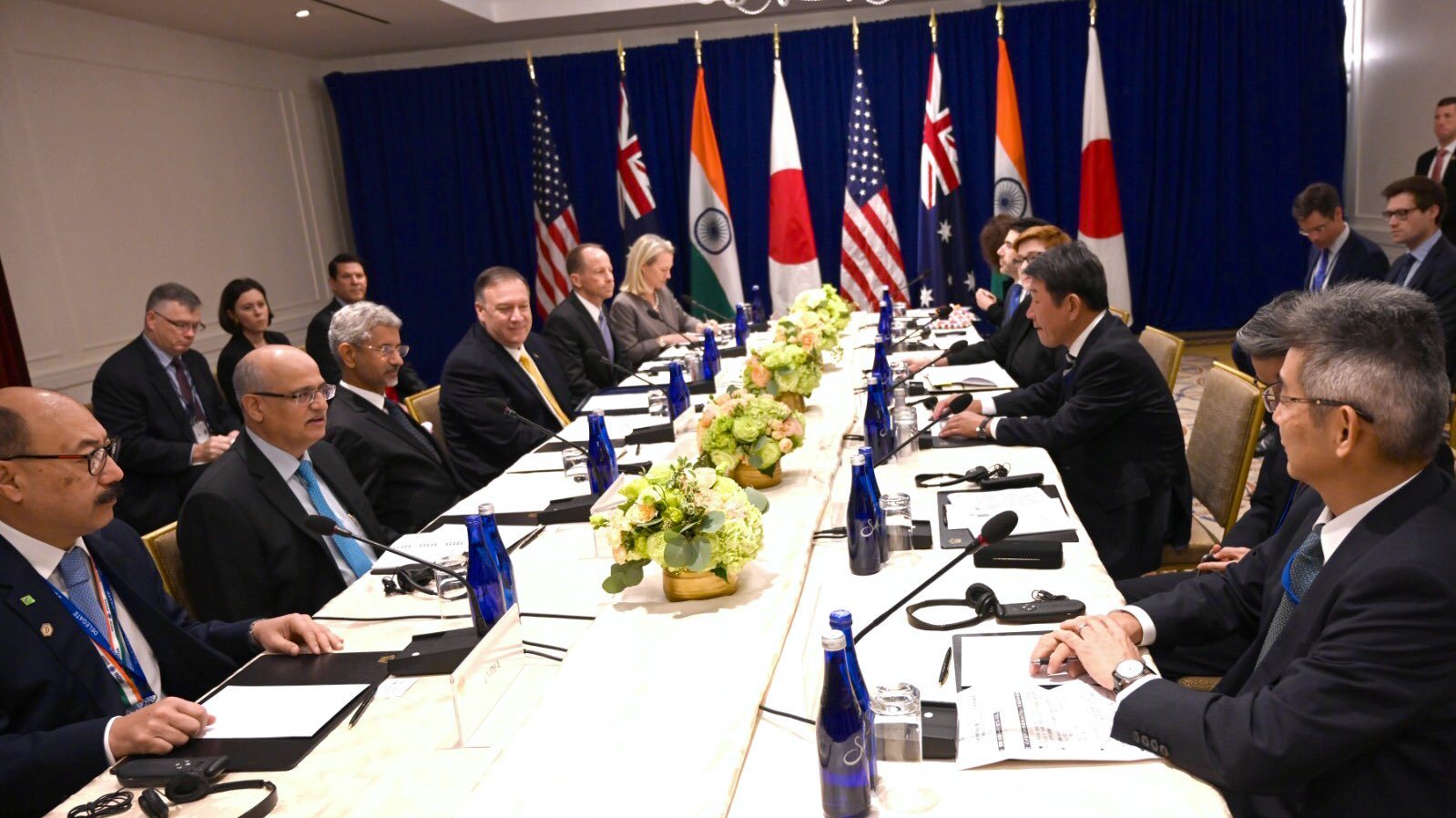 The “Tsunami Core Group” which consisted of the United States of America, India, Japan, and Australia came into function as a reactionary force to the pernicious Boxer Day Tsunami in 2004. The joint effort of these countries made it possible to quickly mobilise relief funds. The “Tsunami Core Group” as it was called got dismantled soon after its purpose was fulfilled. Japan under the leadership of Shinzo Abe called for the formation of the Quad in 2007 which took off with the exercise ‘Malabar’ but Australia withdrew its support in 2008 leaving the dream of Quad incomplete while India, the US, and Japan continued joint naval exercises in the region. It was in 2017, just before the ASEAN summit Australia joined the discussions fixing the last piece of the puzzle.

The democratic nations of the world can use the Quad as an instrument to check China’s ambitions be it in the Indo-Pacific region and beyond. It is of the opinion that China’s rise cannot be halted but can only be countered with an equally strong economic and security-oriented organisation and the Quad fits the setting. As of now, it is an ad hoc grouping that has the potential to develop itself into a full-fledged economic and security-based international organisation. Owing to the COVID-19 pandemic there has been an enormous amount of change in the fields of global health, technology and economy at large. It is clear by now that India’s foreign and domestic policies have started countering China’s rise with the banning of several Chinese Apps and upholding the ‘self-reliance’ model of economic growth. NAM should also be revisited for the matter it will not be able to address Chinese actions in the Indo-Pacific region. Moreover, the Quad can notch aggression with peace through economic, cultural and social coordination. Therefore, the Quad member nations will have to work together with past security changing the current limited nature of it.

Developing as a Smart Power

The US and China trade war, China’s late reaction to the COVID-19 situation and its aggressive reactions pertaining to Wuhan, Taiwan, Hong Kong, Africa, Xinjiang, Indo-Pacific region, Galwan Valley, etc. can be an opportunity for India to execute changes in its trade and investment policies so as to attract a large number of investments into the country. These investments will, in turn, create job opportunities and strengthen India’s position in the Quad. The member countries can further nourish ‘defence diplomacy’ by boosting relationships amongst themselves by conducting joint military exercises, strengthening the cybersecurity system and forming a techno-legal doctrine. India can also play a major role in the Quad by developing a strong body of digital data management system owing to its robust developments in the software industry (Sanyal, 2015). Thus, Joseph Nye’s ‘smart power’ diplomacy seems to be the way forward and with the arrival of the Raphael military aircrafts, one curtain has already been drawn.

The pandemic has been a boon in disguise for India since it has started bringing about much-needed reforms at the policy end from education to the economy. Asia including India and South East Asia have a large market that has already created enough excitement among the Quad members and combining the specialties of each country within the organisation the current supply chain dominated by China can be broken. Therefore, the Quad is a coalition of like-minded democratic powers that will result in dismantling the idea of a bipolar world and pave the way for a multi-lateral one. Further, the idea of a Quad plus has to be carefully scrutinised since it includes Vietnam who is a socialist country and ideologically completely different than the members of the Quad.

India already is reacting to changing geostrategic and geo-economic requirements and that will reap benefits in the near future. It has started re-orienting its foreign policy and focusing on developing more economic partnerships. The US has already extended its hand towards such partnerships. Some of the examples include investment made by Facebook in Jio and Bharti Airtel which has tied up with Apple to launch GSM-based iPhone in India which stands as a proof of expansion in a strategic way. Political imperatives have given rise to such relocation of investments and that is going to strengthen India’s economic growth post-COVID-19 situation. China’s companies like Huawei provided the infrastructure for not only 5G but also building up of an overall smart life not only in China but internationally as well. These Chinese companies in the process perhaps are giving away crucial information to the Chinese Government. Primarily that is why the US and Australia have banned Huawei and India should follow suit. The countries can collaboratively look forward to building broadband internet connectivity through satellite systems leading to space cooperation, strengthen artificial intelligence and quantum computing sectors that can surely checkmate China. China’s ambitions and progress in developing 6G network services should also be kept in mind. To counter China in its true sense will mean to take into account its next-generation tech firms like DiDi, for example, a cab renting app that might soon make the headlines.

On 10th April 2020, Prime Minister of India, Mr. Narendra Modi stated that Japan has shown interest in forging strategic and global partnerships in developing technologies together that is again a win-win situation for both the countries. Another member of the Quad that is Australia has remained an ally of the United States and played a crucial role in the second world war. Thus, the Quad can utilise her present-day enhanced expertise both naval and otherwise in closely observing China’s actions in the South China Sea region. It can jointly patrol over the high seas to reduce threats of piracy. India has to broaden up the dialogue and focus on economic gains from this arrangement. The ‘Necklace of Diamonds’ policy can be affirmed by forging naval alliances with Australia due to its geographical proximity. Furthermore, the grouping can not only counter China’s rise but also deal with situations of natural calamities effectively as earlier proven.

To conclude, India has to have a more open approach towards the formation of the Quad and international relations in general. It has to map out a strategy of opening doors of cooperation in relation to its Andaman and Nicobar Islands with Australia. India perhaps can set up naval bases in Australian islands whereas the same can be offered by India to Australia. India holds a significant position in the Quad and if this organisation takes shape in reality it can also counter China’s Belt and Road Initiative. This way India can maintain peace and security in its Indian Ocean region. Thus, the process of establishment of the Quad is the beginning of a new idea that is complex and multi-dimensional in nature. It can be a possible way to build a liberal international order to counter China’s bold rise. COVID-19 situation has given momentum to the process and made it inevitable.

4 replies on “Quad: An Opportunity for India to Counterbalance China”