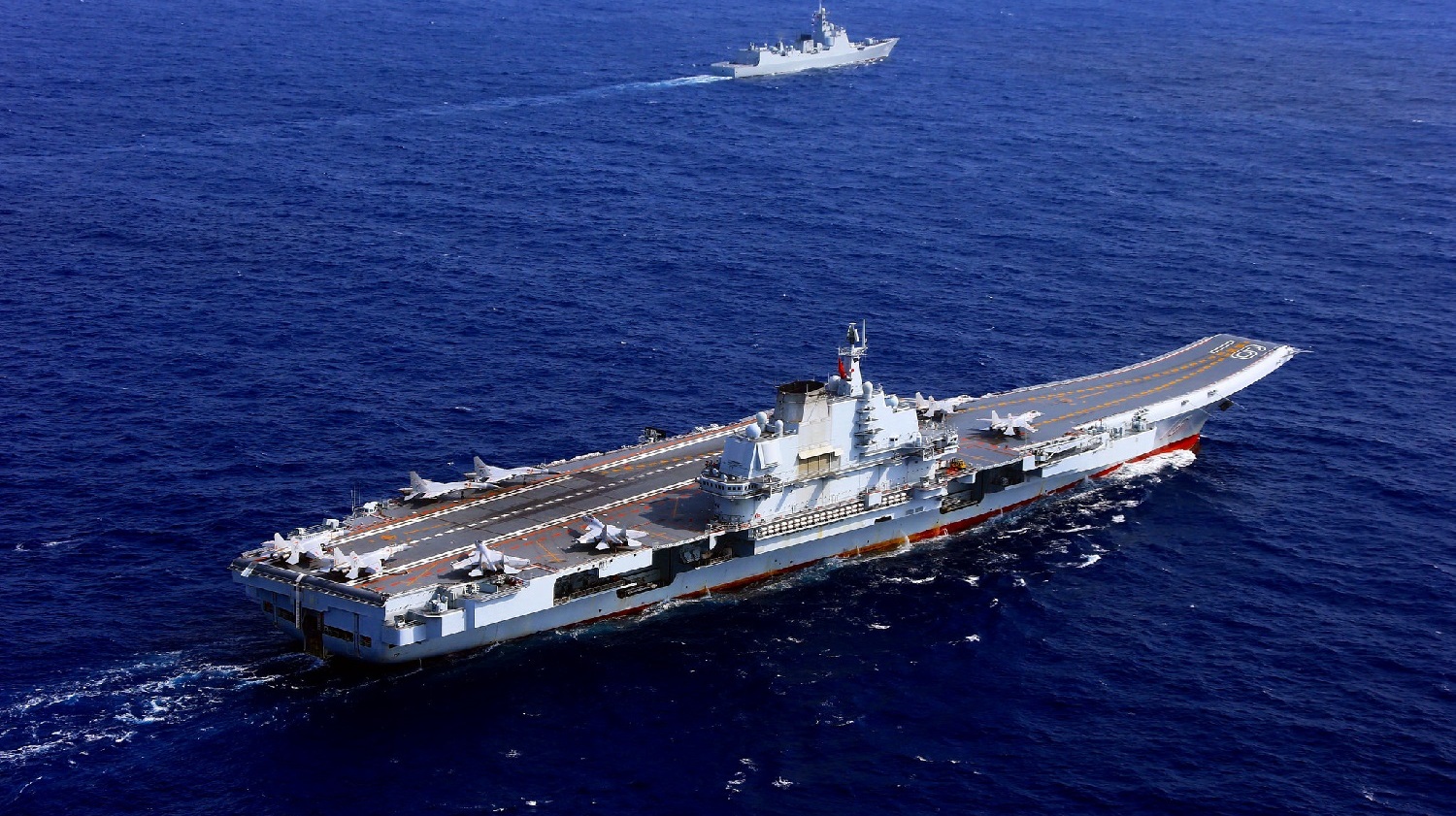 Geographically, the South China Sea plays a significant role in the geopolitics of the Indo-Pacific region. It is the bridge that connects the Indian Ocean with the Western Pacific Ocean and a region of the confluence of many countries from Far East to South East Asia. More than $3 trillion of trade transits through this path every year that accounts for 26 percent of the total world trade. The region has been in the forefront since the last two decades in the geopolitical and strategic sphere because of the territorial disputes and growing assertiveness over the island territories that has been an integral part of many countries like Vietnam, Taiwan, Philippines, Malaysia, Indonesia, and Brunei by Chinese authoritarian government, also called as the “Nine dash line”. Also, there is the USA, Japan, and South Korea who has stakes over this region as most of their exports and imports passes through this region and Chinese incursions over these islands will surely affect the international rules for ‘free and open navigation’ for all nations in this region.

Why is South China Sea (SCS) important for China?

China is a growing superpower with a bulging economy and an empowered military, especially the PLA Navy that has created a significant presence in its own backyard as well as in the Indian Ocean region (the so-called “string of pearls theory” and the naval base in Djibouti, the gateway to the Strait of Hormuz are the prime examples). Coming to SCS, it is a very volatile area for all the littoral states in the region as because many of the nations are very closely situated surrounding the seas and many small islands are located in the vicinity of these littoral nations (for example, the Paracel Islands, Spratly Islands, the Scarborough shoals, etc.). Also, it carries the major Sea Lines of Communications (SLOCs) for countries whose economies are directly connected to these shipping routes. If these routes are closed or being mishandled with not only the economy of these nations will be affected, but also the world economy will be in disarray because every countries economy in one way or the other are interlinked to each other through the globalization. The SCS also holds much of the unexplored natural resources, including around 7.7 billion barrels of proven oil reserves which every country in its vicinity wants to explore. These natural resources will provide a boost to the economies of many countries in this region. The Chinese want to create a hegemonic unilateral hold over this sea to control these SLOCs and the natural resources so that it can dictate its terms in its own way. It has asserted its authority over this region through its historical connections of these islands as its sovereign territory inherited from the Chinese empires. It has also created many small artificial islands in this region, to assert its claim by using the very rules of UNCLOS, that provides 12 nautical miles around a territory or an island as its rightful area of influence.

The SCS has been China’s lifeline for its economic growth, that accounts for 80 percent of its energy imports and 39 percent of its total trade passing through this region every year. So, China with its stakes in various other parts increasing (including the continents of Africa and South America), it needs to secure its SLOCs and International Shipping lanes from various traditional and non-traditional threats. Thus, it has increased its naval power over the period in the last two decades citing these concerns as its major and only priority. But mainly, it also needs to assert its dominance in its backyard firstly, that is the SCS and East China Sea, so that it can further spread its area of influence in other regions. Since there was a change in leadership in China in the form of President Xi Jinping in 2012 the build-up of its navy has been increased exponentially. Though the protection of its SLOCs has been its major priority in the far sea, it also has its ambitions sorted of increasing its power projection in the Indo- Pacific region to counter America’s strategic and military stronghold over this region. USA holds the highest stakes in this region, being a non- regional power in the SCS because approximately 14 percent of its total trade pass through this region and it has the additional job of protecting its allies, especially Taiwan, Japan, South Korea, and Philippines from there potential adversaries in the region. Therefore, China’s interest in this region has been a major concern for the USA and vice versa. China needs to lessen the military and strategic influence of the USA in this region to dictate its terms upon the other nations in this region, which has been its foremost priority in the last decade. It has been allegedly pushing its maritime boundary in this region over the years citing its historical connection with the islands (the nine-dashed line). Its decision for developing an ADIZ (Air Defence Identification Zone) system to identify, locate, and control civilian aircraft flying over the SCS has further proved its aggressive behaviour in these places.

India’s connection in SCS and its littoral states

India doesn’t have a direct connection to the SCS region or has till now entertained any idea of its involvement in the geopolitics of this region on a political level. But sooner or later it has to take a stand on this particular issue as China has been portraying itself out as a common enemy and to be dealt with whether in the Indian Ocean region or in the SCS particularly. Also, India has created better relations with the littoral states like Vietnam, Philippines, and Malaysia and have oil exploration sites in Vietnam, known to be Block- 128 which is a vital interest to India’s economic progress. It has also large trading partners like South Korea, Japan, Taiwan, and ASEAN nations without whom the Indian economy largely depends. Its policy in the Indian Ocean particularly speaks on playing a role as a net security provider of the region. With so many of these responsibilities, it cannot alienate itself from these situations and thus have to take a stand towards a peaceful Indo-Pacific region. India’s future role in the QUAD and the ASEAN multilateral arrangements will further define its stand in the issue. As recently Philippines Defence Minister gave a positive opinion on India’s naval presence in SCS demonstrates that these littoral nations are willing to have India is playing a major role in the region.

The contemporary geopolitical factors definitely show an unprecedented picture of China and its unilateral principles, say it the Galwan standoff against the Indian forces in Ladakh, the increase in tariff barriers for Australia’s leading exporting products to China, or the ship deployments in the Senkaku Islands of Japan which is an integral part of the Country’s territory. China has definitely alienated itself with its domestic policies from the countries that were before in likely terms with it because of more or less the origin of the pandemic that has devasted the mankind in the last five months and also through its political and military assertion on the national interest of other countries, who are likely the partners or enjoy a better relationship with USA on both diplomatic as well as military level.

A country’s sovereignty is its primary interest and it needs to protect it in whatever means it may possible that can otherwise undermine its control over its own territorial integrity. Chinese claims over some of the EEZs and island territories of other nations in the SCS do hurt the national interest of those countries in the region. The vision of free and open movement in the Indo-Pacific would also be affected if China succeeds in gaining authority over these vital seaways and can create a disruption of peace in the region. No country in the near vicinity or the powerful non-regional entities would like to have such change in this region, especially the likes of the USA, Japan, India, and Australia. So, peaceful navigation in the Indo-Pacific is in everyone’s utmost priority. There needs to have a strong multilateral political and strategic response to these assertions of Chinese authority for protecting the norms of the free and open sea along with the SCS and other possible conflicting regions which needs to be protected from unlawful assertions of China and its economic majors of ‘debt trap’ diplomacy against weaker nations. For that, strong leadership is needed in the region and the USA is the only country that can carry the baton for the role of a leader against China. With so much that happened in the last four years of Trump Administration in the USA, the unreliability has been the new norm for the President of the USA. Thus, an effective leader is the need of the hour and the upcoming Presidential Election in the USA will determine the future surely.