Diplomatist > Regions > Middle East > Home Featured > Critical Shortcomings of the BDS Movement, and a Need for its Re-evaluation

Critical Shortcomings of the BDS Movement, and a Need for its Re-evaluation 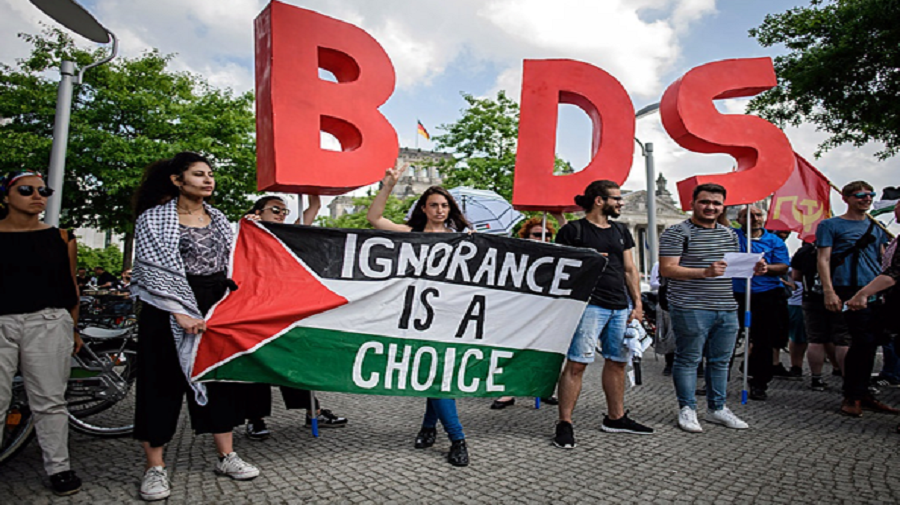 In the late 2000s, Palestinian and pro-Palestinian groups felt the need for a redefined, yet bold approach into activism for Palestinian human rights. Strategically departing from the violent tactics attached to other ideological Palestinian liberation movements of the past, there was an urgent need to create a global outpour of voices, which rightfully argued on the unlawful violations of Israel in Palestine. One such earlier approach was in 2004 when a group of Palestinian academicians called for an academic and cultural boycott of Israel in Ramallah and asked Palestinian intellectuals around the world to preach this idea internationally. A year later, in 2005, the movement would significantly grow into a conglomeration of 170 Palestinian and pro-Palestinian civil society groups and would launch itself as the Boycott, Divestment, and Sanctions (BDS) Movement.

The BDS movement is greatly inspired by the South African Anti-Apartheid movement and derives its working objective from the 2001 World Conference on Racism, Racial Discrimination, Xenophobia and other related Intolerance in Durban. Like the Anti-Apartheid movement, it is a movement for freedom, justice, and equality, which upholds the principle of “basic uniform human rights for the Palestinians”, while rejecting a system of discrimination based on racial superiority. It predominantly calls Israel to i) end its occupation, demarcation, and colonisation of all Arab lands; ii) recognise the fundamental rights of Israeli Arab-Palestinians; iii) promote the right of return for Palestinian citizens as authorised in UN Resolution 194. It also calls upon industrial corporates to hold Israel accountable for their oppression, and divest from adding onto the oppressive political regime.

In its initial years, BDS focussed specifically on the cultural, and academic boycott of Israel, supported by great civil-rights, and anti-apartheid activists i.e. Archbishop Tutu, Angela Davis, Roger Waters among many. Since the proposed activism did not hinder Israel’s politico-expansionist goals unlike the Arab League boycott post-1948, the Israeli ruling class did not give sufficient attention to the movement, and constantly dismissed its effects. However, it does not imply the failure of the movement. The BDS movement through the years has put up immense social, and economic cost on the state of Israel. As per an estimation by the RAND Corporation, a successful BDS campaign for 10 consecutive years can cost the Israeli economy USD47 billion. Furthermore, a 2014 UN report attributed the BDS movement as one of the factors behind a 46% drop of FDI to Israel in FY14-15. It was followed by an EU court law that asked Israel to end the discriminatory provision of labelling products made in unrecognised settlements as “Made in Israel”. Even though the EU court did not explicitly fall under the influence of the movement, the objective was fulfilled when the EU opposed Israel’s supposed sovereignty over annexed land, and Israel suspended all contacts with the EU after the incident.

Since then, the movement has grown in promising proportions, with a worldwide reach that has percolated from academicians, historians, students to political parties in certain Scandinavian states. Recently, it made headlines in 2019, when it forced audiences visiting the Eurovision festival to think over the repressive regime and take no pride in apartheid. Moreover, it has successfully created schisms in the Israeli political society itself, where the centre-left, the critical liberal, and the non-Zionist left are encouraged to align with the movement and challenge their natural enemy –  the partisan right-wing, pro-settlement Israeli government. Therefore, it has put a huge onus on the Jewish state to defend its Zionist ideologies in-front of a critical world, which has seen the state’s multiple international law violations since the 2014-Gaza siege.

Challenges, and the need for an evolution

Nevertheless, the BDS movement currently is mostly reduced to academic coffee table discussion in most European, and Asian countries, despite the widespread coverage. Since the movement has only gathered momentum in the last four to five years, most of its subsidiary activism in other regions have not reached the desired potential. They are either limited to usual seminaries or a very labile intensity. Maybe that is the reason why regardless of the movement reverberating in the upper echelons of the US political system, it hasn’t found much credible backing in the non-intellectual civil society and is continuously, and intentionally miscued by the Israeli and American political class to delegitimise the movement. Israel’s current Prime Minister Netanyahu has continuously tried to delegitimise the movement by calling it Anti-Semitic, which promotes the eventual destruction of the Jewish state by aggressively boycotting Jewish businesses. However, the baton bearers of the movement deny any racist ideology and categorically claim to oppose anti-Semitism themselves, with some of its prominent members belonging from the pre-dominant Jewish community. Furthermore, Netanyahu’s fear of anti-Semitism erupts from Israel’s own racially prejudiced prospect of building an ethnically pure state and the politically entrenched ideals of being a global pariah.

Nonetheless, Netanyahu’s concerns echo widely with his right-wing partners in the US Republican Party, and the conservatives in the UK. In fact, in 2019, POTUS Trump signed an executive order on anti-Semitism that particularly targeted the BDS movement in the US. To complement that, a total of 21 US states have active legislation that deems BDS, and any connection with the movement illegal, punishable by a monetary penalty, and prison time. Moreover, Trump’s socio-religious Evangelical Christian vote base has helped percolate an active anti-BDS ideology in the American society, uplifting Israel as a biblical state, complicit in their underlying Islamophobia.

Moreover, contrary to popular belief, BDS has not received much support from its Arab political circle either. Critics of BDS have argued that since Israel is Palestine’s primary economic aid partner in Gaza and West Bank, the Palestinian Authority, Egypt, and Jordan have all kept their distance from the movement. Furthermore, it can be argued that a movement this late into the conflict will harm the Palestinian servicemen/businessmen, who have entrenched themselves into the economic branches of the Israeli state, where they risk being branded as normalisation enablers by the movement, or worse, can lose their livelihood if they support the movement. On top of that, prominent anti-Israel scholars – Ilan Pappe and Noam Chomsky consider BDS as reactionary, without clarity on the future of both Israel and Palestine in terms of repatriation of refugees, and a one or two-state solution. This they say has been instrumental in making BDS a foreign movement even for the Palestinian people, where most of the grassroot Palestinians consider the net-effect of the global BDS movement as predictably harmful on their livelihood.

Therefore, it is greatly important that the movement finds a balance apropos its ethical propositions, and concrete actions, and unify the fragmented Palestinian history. Regardless of its ideation of the Anti-Apartheid movement of South Africa, the BDS movement needs to understand the greater suffering Palestinian people have faced since 1948 when racial Israeli policies exposed them to a lack of civic leadership, lack of an address, and on top of that, lack of national policies which can underline their expectations and livelihoods for the world to understand. With the physical idea of Palestine being two separate geographical identities, it has created a schism in the response of the global community, which have given them a free-hand to nit-pick their humanitarian response according to the geographical identity in question. Furthermore, regardless of BDS movement’s claim as a non-discriminatory organisation, its way of activism has sometimes created aggressive, and unprejudiced opposition to all things Israeli. Although by doing so, they also vehemently oppose any Jewish-Israeli party which is ideologically sympathetic to the movement, is progressive, and pro-Palestinian. This creates an impression of the movement whose activism is cosmetic and is particularly dependent on tackling short-term policies of the Israeli apartheid state, rather than confronting the normative, long-term ideology that has sustained the state, and its countless racial policies for so long.

In the end, not limiting itself to Israel, the movement should categorically target its activism towards major political allies of Israel, i.e. the US, and vehemently oppose its socio-political upliftment of the pariah state. Like the grassroots civil society movement in the US which put pressure on the US Congress to pull its business out of apartheid South Africa, BDS movement’s reactionary activism is rather well suited to counter its misinterpretation in the American society and oppose the American Israeli Public Affairs Committee’s (AIPAC) legislative whitewashing of Israeli atrocities. Even though targeting a systemic, and extended diasporic linkage is tedious, the boycott of specific radical, and pro-Israel American industrial corporates for starters, like it was done in South Africa, or Vietnam can go a long way in creating a huge pressure group, which will make Washington D.C. accountable for the huge industrial-legislative loss, and force it to revisit its unilateral support of their favourite biblical state.

Sabyasachi Biswal
Author is an alumnus of the prestigious School of International Affairs at O.P. Jindal Global University – India. He has completed his master’s in Diplomacy, Law, and Business with a specialisation in Conflict and Peace Studies. His academic interest lies at interfaith and intercultural conflicts, peacebuilding theories vis a vis political dynamicity of the Middle East.
Tags:
Israel Palestine United States Movement Anti-Apartheid
Share:
Share this...