What Lies Ahead for India-Latin America Relations? 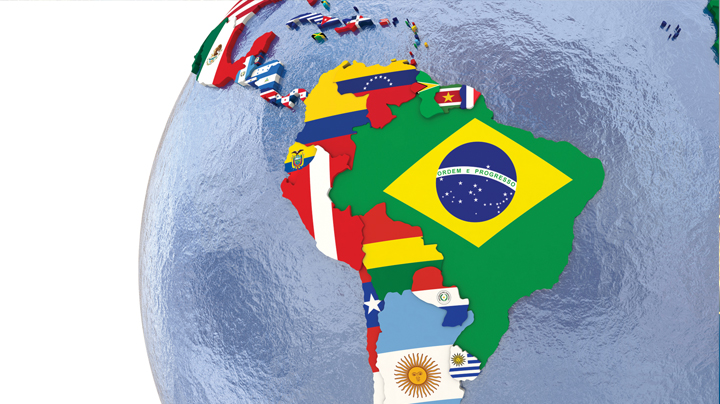 While 2020 will see the international agenda almost entirely taken by the COVID-19 crisis, 2021 can be an year for the repositioning of relations and interests in global politics. In this, India can play a key role in filling cooperation gaps in Latin America, provided it understands the region’s plural differences and needs and acts accordingly.

As the dispute between the United States and China for world markets, especially in the field of technology, grows more aggressive each year, Latin America – its many blocs and regions, with different degrees of integration – is divided and disputed between both powers, with the European Union securing some important trade footholds in the region, such as with the EU-Mexico Free Trade Agreement. Developing Indian economic ties with countries of the region would allow India to not only secure new markets but strengthen its position in expanding technological partnerships and diversifying its sources of commodities and improving its energy security, as well as its political position.

As India already holds a soft power presence in the region, it could benefit from the position it holds as a third-path, as well as its untainted reputation in comparison with the US and China in the region. Latin-American politicians are quite wary of the political tool proximity with Washington might take on their own endeavours – the failed FTAA being a recent example of this – and China’s debt diplomacy hasn’t gone unnoticed in the region as well, even though Uruguay became the latest member of its Belt and Road Initiative.
Nonetheless, just as one is aware that an orientalist approach can be disastrous in doing business with India, not taking into consideration Latin America’s divides can result in a loss of opportunities. India will have to tread carefully into how it builds partnerships, as some deals might hinder new partnerships. An example is a delicate balance within the Mercosur, with Argentina and Brazil, now political opposites, being able to hinder initiatives promoted by one another side. The already-existing proximity with Chile and Mexico could provide for safer, although smaller, footholds in the region. With this, one is met with two major paths:

2021 will be the year of India’s pro tempore presidency of the BRICS group, which can serve as a pretext for a stronger, more diversified partnership with Brazil, LA’s biggest market. The recent invitation of Brazil’s President as the guest of honour to India’s Republic Day is a sign towards this approach, which might see a more resilient effort to not only to bringing Indian industries to Brazil but also strengthening scientific cooperation and technological exchange between both countries, an area which encompasses a plethora of relevant fields, from IT and the pharmaceutical industry to its strong agribusiness – a key to engaging the political will of the country’s polity.

During the Indian presidency, we can see the strengthening of ties in said areas, using existing cooperation mechanisms, as well as many other areas, in hopes of, as in cascade effect, opening the Mercosur markets to Indian products and industries, although not without facing Chinese competition, as Beijing is Brazil’s biggest trading partner. The downside is that, apart from the risk of alienating Argentina to Indian interests, the obvious approach faces a history of unresponsiveness from Brazil.

This approach takes into account the specificities of the region, focusing on existing successful smaller ties, such as with Mexico in the oil sector and the Andean countries of Chile and Peru, taking advantage of the pacific entrances to Latin America’s market, such as the Pacific Alliance. India could enhance its efforts not only in those countries but in the smaller countries in the region, from Uruguay, Bolivia and Paraguay to most of Central America’s republics – as they still lack Indian diplomatic missions.

This takes into consideration the demand that those countries have for technological improvement of ailing sectors of their economies, especially in the agri-business, which would require specific planning and the employment of resources to, rather than improve relations, build them. From the diplomacy 101 handbook, not only state visits and embassies but lively commercial and scientific cooperation mechanisms, with strong dedication from the Indian side, not mattering how small the partners might be.

Although, more costly than the obvious approach, countries that lack diplomatic missions from China and are historically alienated from the US could prove a valous learning opportunity for the diplomacy of a country that is faced with strong contenders on its usual diplomatic liaisons. Nonetheless, considering India’s possibility to build new ties that are neither historically nor geographically motivated, as well as strengthening its global role, those paths will serve as learning opportunities for bigger challenges, both politically and economically.