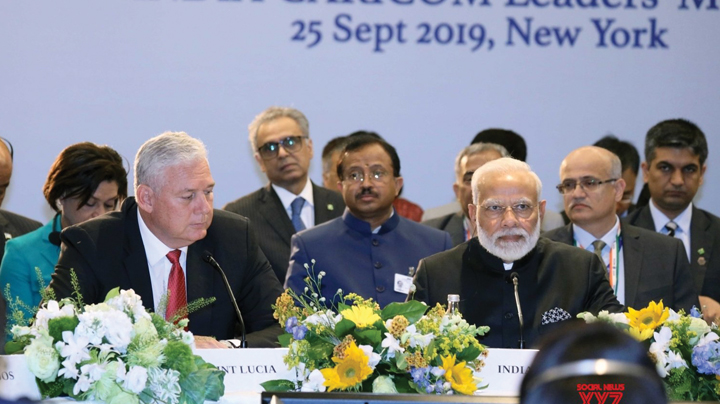 As the Covid-19 pandemic sweeps across Latin America, economists argue that it will be very hard for the region to bounce back to normalcy. Before the pandemic, a 1.8 percent growth was on the cards, while the forecasts by the World Bank now suggest a 7.2 percent contraction. While over 50 percent of deaths related to the Covid-19 are reported from Latin America the economic struggles and a huge humanitarian crisis has plunged the once-promising region into a dire situation.

Slowing exports and rising costs coupled with the inability to pay off debts, the reluctance of many states to invest in the region compounds the problem. Brazil, Ecuador, Peru, Chile, Mexico and Argentina will be the worst hit while even the Central American States won’t be spared either from this predicament. For a region that has already experienced the lost decade, the inability to diversify its economy and widening gaps in the society, to rise up to the challenge will be a momentous task.

While India itself is grappling with this pandemic, can it spare some efforts to bail out the Latin American region from its doldrums and foster a new positive relationship? Also, India must take note that the Covid-19 pandemic has affected its economy negatively, with estimates that it may slow down by 5 percent. It is agreed that despite post-independent India’s overtures towards Latin America, its failure to sustain the momentum, preoccupation with its troubled neighbourhood, complicated fiscal management and the inability to develop closer cultural relations disallowed a strong relationship. The subsequent liberalisation of the Indian economy reopened opportunities that were lucrative in nature. Very soon, the stagnant relationship became fruitful with states such as Mexico, Brazil, Argentina and Chile turning into important trade partners. From Information Technology and Services, mineral resources, agricultural products and even generic medicines, both the regions have experienced a steady growing trade. India can emerge as the destination for Latin American exports and also involve in the transfer of technology and contribute to its development projects. Also, India should expand its presence to non-traditional states such as in Central America and in the Caribbean. Therefore, if India needs to be ‘a friend indeed’, it should have a multifarious focus on trade and commerce, boosting its diplomatic ties, increasing its investment and improving its logistics and transportation.  Very soon, India may be able to become the coveted market for Latin American exports, whereas in terms of food security and investment India can look forward to the untapped region.

Filling up the lacunae

India primarily needs to increase its diplomatic presence in Latin America for easier access, particularly in Central America such as in Nicaragua, Dominican Republic and Honduras.  Also, it is also important to academically engage the region by forming programmes on Latin American Studies in India and vice-versa. This will not only aid in utilising India’s soft power but will also make both the regions depend less on foreign academia. Regarding trade and commerce, logistics need to be improved as distance has always been the bête noire added to it both the regions need to reduce external trade tariffs. Collaboration in sports, culture, art and music will also aid in the process. Furthermore, there is plenty of potential for harnessing India’s soft power in the region which can aid in deepening ties.

A word of caution

India must also be wary of the PRC, whose presence outstrips it. Chinese opaque loans and investments surpass India driving these states into the hands of the PRC. Especially in the post-Covid world with the PRC facing flak India must seize the opportunity. India’s democratic tradition, non-secrecy and timed investments are seen favourably in Latin America who are also wary of being too dependent on the PRC. Also, it is important to increase diplomatic presence in the region, coupled with increased academic engagement and improvisation of trade. The post-COVID world will herald a new beginning for both the region and India’s medical assistance has not gone unnoticed. Latin America as a region will look for support and actions of comfort and India must seize this opportunity.