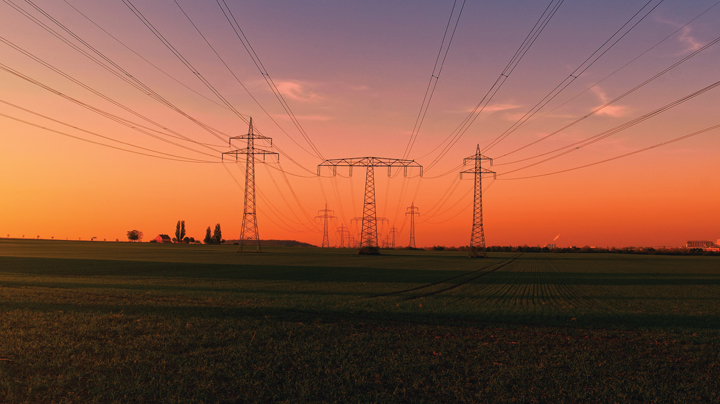 Projections by the United Nations Department of Economic and Social Affairs state that by 2030 the Latin American and Caribbean (LAC) region’s population will increase to approximately 721 million which would produce a corresponding growth in demand for energy while ensuring conditions for sustainable development (IAEA 2020). The growth in energy demand amid energy security concerns and trepidations for minimising impacts on climate have made them rethink their energy policy. LAC countries face analogous concerns related to energy resource supply and security like high price and high import costs, climate change mitigation pressures, appropriate energy-mix adoption and efficient resource management. The irony has been that most countries regardless of abundant reserves of energy resources have been unable to guarantee adequate energy security levels to their citizens. It is notable that regional disparities in the availability of energy resources even while posing challenges, provide unique opportunities for coordination and collaboration.  The security of energy supply is the fundamental concern for which regional energy cooperation could be the most effective counterbalance. The benefits that may accrue from the process of regional energy integration are high but national regulations and economic policies become stumbling blocks to such efforts.

Regional Power System Integration (RPSI) which outlines the framework and necessary strategy to help provide reliable, assured and affordable electricity to the developing economies and their citizens has been indirectly instrumental in facilitating cooperation through the creation of Central America Regional Electricity Market (MER) among six Central American countries, viz., Costa Rica, El Salvador, Guatemala, Honduras, Nicaragua and Panama (GICA 2011). Furthermore, a Multilateral Energy Security Reserve treaty can give countries access to the region’s reserve supplies by providing regulations and pricing mechanisms to facilitate such efforts. Increased cooperation and trade in energy sources between countries can enhance energy security, bring economies-of-scale in investments, facilitate financing, augment renewable energy dissemination and allow synergy in complementary resource sharing. Based on these intents, the Latin American Energy Organization (OLADE) was created way back in 1973 with the fundamental objective of promoting the integration, conservation, rational use, commercialisation and optimal utilisation of the region’s energy resources.

Another method of interconnections and co-operations among countries could be linking the power grids that have been witnessed through SIEPAC (Central American Electrical Interconnection System), an interconnection of the power grids of six Central American countries. Other inter-connections linking fuel supply lines include the Yabog (Bolivia-Argentina) Pipeline, 1972; GasAndes Pipeline (Argentina-Chile), 1997 and GasBol Pipeline (Bolivia-Brazil), 1997-1999 (Mares 2004).  The Petro Caribe programme, initiated by Venezuela had the aim of providing Venezuelan oil to the member countries at highly concessionary terms. Initiative for the Integration of Regional Infrastructure in South America (IIRSA) was launched in 2000 to integrate highway networks, riverways, hydroelectric dams and telecommunications links throughout the continent, particularly in remote, isolated regions.

The big countries Argentina, Brazil, Chile and Mexico would need to actively participate in the success of the South American energy security and integration process. Their market size, oil resources and proactiveness in developing alternative energy sources propels them to take over the coordination of integration of South American energy markets. In the larger markets, such as Mexico, Brazil and Chile, investments are planned to import Liquefied Natural Gas (LNG) as part of strategies to diversify their dependence on single sources of gas (Trevor et al 2009). Taking a cue from Brazil, other South American nations are embracing mandatory fuel mixes for cost, security and environmental reasons.

Security of supply is fundamental for a successful energy transition that will do away with the region’s economic dependency on the export of commodities and in eliminating the vagaries of inter-continental energy suppliers that periodically haunts the region. To eradicate the uncertainty, access to the energy reserves within the region whenever a particular country faces an energy supply crunch is imperative. While hydropower and bio-diesel create opportunities to harness complementarities regionally, they scale up the advantage even internationally. Besides, harmonization of policies, regulations, codes and standards would seamlessly enable the LAC countries to cooperate on the energy front.

The intent to integrate is impaired due to obstacles that are related to the coordination of the output of the region’s power plants, the environmental licensing of energy projects, and the legal deficit which particularly affects private investment in energy generation. The inadequate physical infrastructure for the transport of energy with minimal transmission losses has become the most important structural difficulty to overcome. Integration would also necessitate an effective institutional mechanism to settle related disputes. A significant effort in this direction has been IIRSA which incorporates the objective of overcoming these structural hindrances that limit regional economic integration and is expected to obliquely dedicate some efforts to the betterment of existing infrastructure.

The thrust of the regional energy cooperation within the LAC region has been to attain energy efficiency measures that are integral to any energy security strategy aiming towards the reduction of import dependence and increased resilience to shocks. Notwithstanding the initiatives, what still remains unanswered is whether, with the developments in Venezuela and those related to the Covid-19 pandemic, the region can still offer cheaper sources of energy and meet the demands for baseline self-sufficiency. Through enhanced investments in renewable technologies, would a regional energy market take on the energy suppliers in the middle-east?