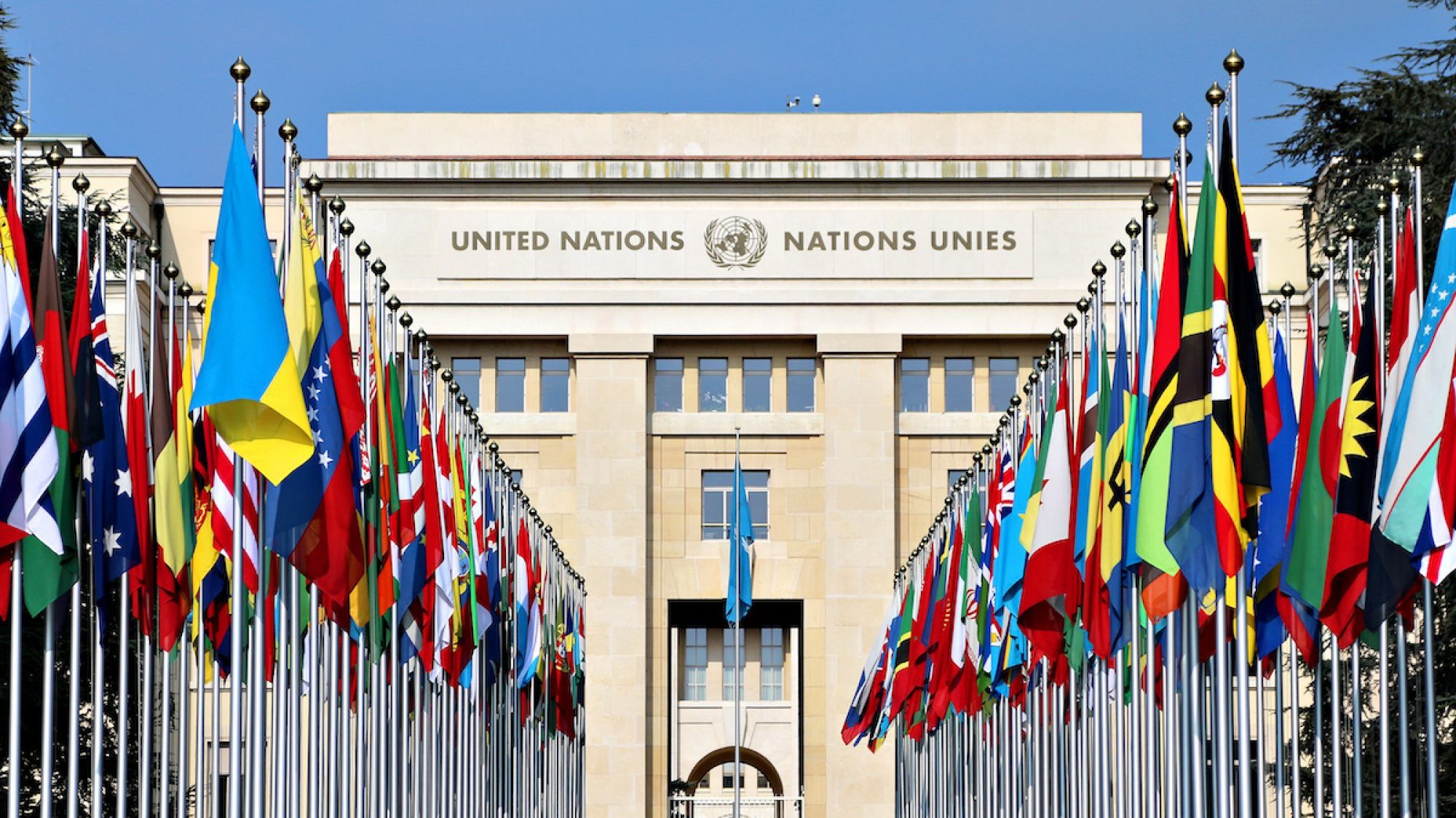 Ever since its formation in 1945, the United Nations (UN) has resolutely been involved in peace-keeping, arms watching, apart from that, the UN has been striving hard in resolving global concerns like social and humanitarian rights issues. When the UN was formed it had the support of 51 founding members at the San Francisco Conference and started functioning from 24th October 1945. Currently, there are 193 member countries in the UN. Thus, it has the maximum membership from around the world. As we know that international peace, cooperation and development are pretty much every nation’s vital goal and objective and the United Nations is the imperative organ in rendering peace, justice and harmony across nations. The UN and all its specialized agencies are a bulwark of this modern world.

Further, despite a few significant weaknesses and shortcomings in fulfilling its goals, the United Nations along with its specialized agencies and development funds has outstretched its scope of action and remains the only multinational organization with universal membership. The virtue of this organization is that it lays a forum for varied viewpoints to come together and finds ways to form sort of a middle path and build common ground. In spite of its shortcomings, the UN has successfully negotiated and arbitrated very many disputes and settlements. The United Nations peacekeepers have upheld ceasefires and military truce between many countries. They have also promoted and conducted free, fair and transparent elections. Therefore, the UN has a lot of significance in the present global society.

Role of the UN in the coeval international relations

Over 80 percent of the work done through the UN and its agencies is a humanitarian basis. For instance, the World Food Program, the largest food initiative bringing food in emergencies, providing aid and protection to thousands of migrants, refugees and displaced civilians worldwide; tracking the onset and spread of diseases and plagues, saving lives of millions of children through vaccination and immunization campaigns and providing aid to women and children in war struck zones. Therefore, the UN is an indispensable organ of global affairs. However, at present, the global society engulfed with a plethora of challenges. For example, the US-China trade wars, global terrorism, Arab crisis, global warming and the Covid-19 pandemic. Further, there is a deficit of cooperation and coordination in handling them, for example, the Covid-19 pandemic. We have witnessed the failure of global diplomacy. The consequences of this will be faced by our posterity. Therefore, unless or until we solve those skirmishes with constructive debates and discussions between the member countries we all have to face dire consequences.

Because, we have had the experience of the Afghanistan crisis and Syrian crisis, and we are witnessing how the bore of the brunt is being faced by the innocent civilian people. For example, according to the US Department of Defense, the total military expenditure in Afghanistan (October 2001 until September 2019) was $778 bn. Further, since the war against the Taliban began in 2001, the US forces have suffered more than any other country, and 2,300 deaths and around 20,660 soldiers injured in action. Apart from that, countless innocent Afghan people have been killed by the crisis. Likewise, the Syrian crisis has a devastating effect on the innocent Syrian people. The UN Agency observed that Syria’s seven-year-long civil war had the cost of the country a $388 billion in economic damage. Further, the UN Economic and Social Commission for West Asia observed that the cost of the material destruction, damage to roads, infrastructure, homes and other physical objects is $120 billion. The data also says that the cost of lost productivity or losses to the country’s gross domestic product is in GDP terms is $268 billion. The closely monitoring groups on the Syria crisis says that at least 400, 000 people have been killed in Syria’s civil war. Further, more than 11 million others or half of Syria’s pre-war population have been displaced from their homes. Finally, how can we forget the gory picture of the toddler body on the Mediterranean Seashore?

Now, adding fuel to the fire, the Covid-19 pandemic is ripping apart the global society in multiple dimensions. And it will have a copious amount of emotional, psychological, political, social, cultural, economic, trade and several other ways of impact on the global society. The World Bank’s June 2020 Global Economic Prospects says that due to Covid-19 pandemic, only one region, that is, East Asia will grow by a scant 0.5 percent; South Asia will contract by 2.7 percent, Sub Saharan Africa by 2.8 percent, the Middle East and North Africa by 4.2 percent, Europe and Central Asia by 4.7 percent, and the Latin America by 7.2 percent. This trend is going to push many countries’ people extreme poverty and reverse the years of progress achieved by these countries. Thus, the UN has a lot of responsibility and a greater role to play in ensuring global affairs. Because global organizations like the UN should take a more responsible position and guide the global society. We should not see the repeat of the Afghanistan crisis, the Syrian crisis and Covid-19 sort of pandemics. For that, the member countries of the UN has to put a lot of effort to solve these ongoing and emerging challenges. However, the UN has certain limitations to overcome.

Constraints of the UN

One important factor that is inhibiting and limiting the UN’s action is the national sovereignty of its members. More issues cross national borders without passports and only collective action can respond to them, for instance, terrorism, climate change, human trafficking, disease, international crime and weapons of mass destruction. However, the UN has the limitation of the lack of cooperation and coordination between the UN member countries to nip these challenges at the bud. Further, many UN member countries started reducing their contribution to the UN. The US is the largest contributor to the UN annual budget. In 2018 the US contributed just over $10 billion to the United Nations. Then, every year China contributes just over 12 %, Japan sends nearly 9 %, and Germany gives just above 6 percent to the UN annual budget. India’s contribution to the UN annual budget is a very abysmal level, just 0.834 % (a minuscule increase from 2016). Moreover, the Trump administration suspended all funding for the UN population fund starting from 2017. Apart from that, the UNAIDS and the WHO also experienced a significant reduction. With this decision of the US both the organizations losing about 30 % and 20 percent of their US funding, respectively. Further, the Trump administration in May 2020 declared that the US would withdraw from the WHO completely. Likewise, the member countries of the UN at this critical juncture of active cooperation and coordination, are doing petty politics and causing an existential threat to humanity on this planet. Therefore, the time to avoid this and strive hard for the betterment, peaceful and secure global society.  Thus, these sorts of the plethora of constraining the UN has to overcome to play a significant role in maintaining global peace and security.

In fact, there should be lesser criticism regarding the role of the UN and focus must be shift onto the attempts to generate the political will and consent because only the activeness of the UN members and their adherence to its agenda will determine UN’s future effectiveness and its efficacy to catalyze action. One such way to enable greater political will among the member nations is by strengthening the UN’s intelligence. According to Thomas G. Weiss (2009: 219-220), “just as the UN is a world centre for tying countries together so it must also be a place to network outstanding thinking”. Thus, it would lay the foundation affirmatively to enhance the relations between countries.

If the UN pursues the alliance with government policy units, think tanks, research centers, academia, it might encourage the member states to use their ‘analytical toolkits’ as well in building this network of the UN’s outstanding thinking. Perhaps this could be a starting juncture for the will to be generated as it can be argued that the consent to act depends on the involvement and level of support in the UN’s political as well as development work by the member nations.

Although, the generation of political will is a remaining fundamental question of the century which requires a separate debate altogether in order to identify the most needed measures. However, as long as the United Nations regardless of its somewhat limited capacity to act effectively continues to move forward and executes its role in the development domain, one might hope that the member states will show their political will to strengthen the UN’s role as an actor, and ultimately repair its organizational ailments.

From the above article, it may be concluded that the United Nations is as relevant in the present times, as it was at the time of its establishment. We do not want to inhabit a planet where military capacity is the only means of protection against aggression and violence. Nations globally need an organization that works towards a harmonious world, where matters of global concern can be discussed and resolved through peaceful means. There are even economic, social, gender inequality, poverty, and many more challenges in the world that need to be addressed for the attainment of international cooperation which is indispensable.

Moreover, if the member states notice that the sole alternative without the UN is to address the growing number of complicated interconnected and wide scoped challenges by themselves. They would be left with no choice but to accept the fact that it might be better to collectively revamp and repair the UN rather than be left aloof to face the dramatic challenges of today’s era.