Mars Mission: A Beacon of HOPE 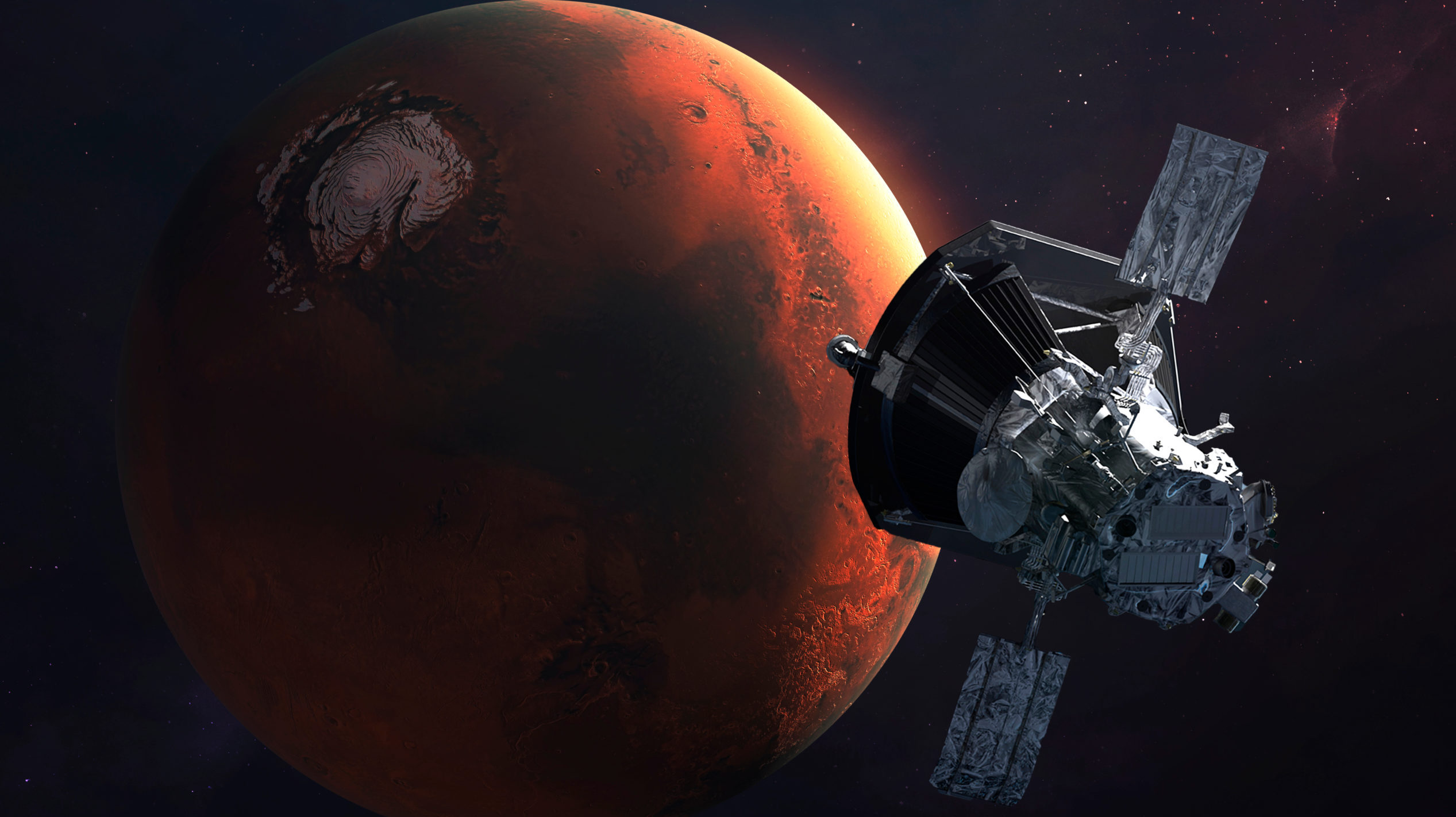 Ashar (ten), tissa (nine)……ithnan (two), wahid (one), sifar (zero) ….with these Arabic numeral countdowns, United Arab Emirates created history by launching interplanetary Hope probe to Mars from Tanegashima island in Japan. Designing and building a Mars probe in six years at a low budget of $ 200 million is not a small feat to achieve for the UAE, a country that has emerged as a leader in research and development in science and technology in the Arab world. A newcomer in space science, UAE has made a place for itself by launching three earth observation satellites in orbit and sending the first Emirati astronaut, Hazzaa Ali Almansoori to the International Space Station while aiming to build a human colony on Mars in the next hundred years.

The seed of space exploration was planted, when the UAE’s founder, the late Sheikh Zayed bin Sultan Al-Nayhan, met NASA astronauts in the 1970s. Moonrock, gifted by the US President Richard Nixon, displayed in the Al Ain museum rekindled the founding father’s keen interest in space explorations. In 2006, UAE began to collaborate with universities and space agencies around the world to establish knowledge-transfer programs and founded the UAE Space Agency in 2014. The Hope probe team led by 80 percent of women corroborates the fact that 56 percent of UAE government university graduates in science, technology, engineering and mathematics (STEM) are women. The UAE is not the only Arab country to show interest in space science. In 1985, Royal Saudi Air Force pilot Prince Sultan bin Salman became the first Muslim and Arab to travel to space in the US Space Shuttle Discovery followed by the visit of the Syrian research cosmonaut, Mohammed Faris to the Russian Mir space station in 1987.

The UAE Mars mission has wider implications for the Emirates as well as the region. Investment in space exploration supports the UAE’s quests for economic diversification and to emerge as a knowledge economy. Since the space economy is the full range of activities and the use of resources that create and provide value and benefits to human beings in the course of exploring, understanding, managing and utilizing space, it provides employment to the public and private actors involved in developing, providing and using space-related products and services. Space Foundation estimated the global space economy to be around $383.5 billion in 2017 while Bank of America predicted the space economy to be worth $2.7 trillion by 2040. Space investments have a positive impact on commercial revenues, employment and social welfare.

Based on a dataset of space-related studies, including 77 publications covering a period ranging from 1972 to 2018, the OECD report on space economy (2019) mentions that the lowest positive effect from space investment is on reputation and inspiration; however, the successful launch of Hope probe is to bring big push for the status of the UAE and the Arab world. UAE President Sheikh Khalifa bin Zayed Al Nahyan said that believing in science and investing in the energies of young people, their capabilities and their potential, is the winning bid to shape the UAE’s successful future and contribute towards human civilization. While listing the reasons behind Hope’s mission, the Dubai Crown Prince Sheikh Hamdan said that the probe will solidify the principle of ‘possibility’ for the Emirati youth. The probe will boost the confidence of the young Emiratis constituting more than 65 percent of the native population.

In addition, the mars mission will inspire the neighboring Arab countries to venture into space science while instilling a sense of pride among the Arab youth. Emirates Mars Mission also signifies the growing interests of Arab Gulf countries in space and would certainly be a source of motivation for the Bahrain National Space Science Agency (2014) and Saudi Space Agency (2018). The ruler of Ajman applauded the successful launch of Hope probe and said that the mission is a leading Arab achievement in the modern era. Meanwhile, the UAE’s space training program for Arab youth called “Arab Space Pioneers” received overwhelming 37000 applications from across the Arab world: Egypt (19,391), Iraq (6,447), Algeria (4,836), Morocco (3,107), UAE (692), Jordan (681), Palestine (422), Syria (406), Tunisia (370) and Saudi Arabia (361). For extra-regional countries with a well-established space exploration program like India, there are possibilities for collaboration with Arab countries and introspect the issues that led UAE to collaborate with Japan when the Indian Space Research Organization was to work with UAE for the Hope probe launch till August 2019.