Eurasian Economic Union: A Model for Foresight into The Russian Foreign Policy in the 21st Century 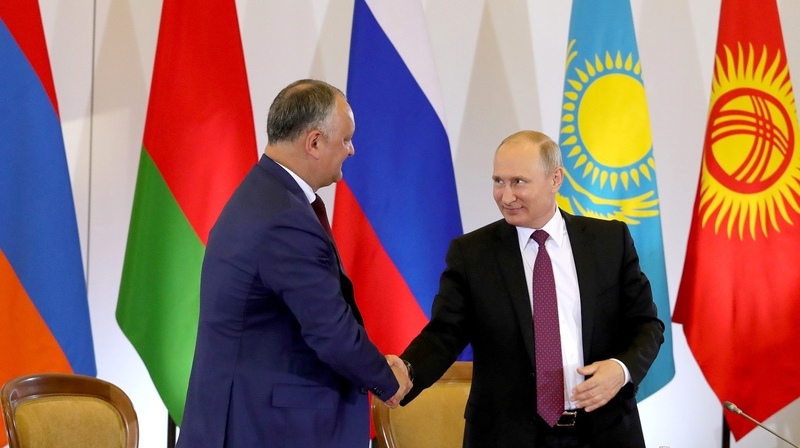 In Russia, foreign policy has a direct and profound effect on the domestic landscape and is often used as a means for domestic mobilisation in national elections. Through Eurasian Economic Union (EAEU) as a mechanism for a multilateral cooperation, Russia has strived for better bilateral relations with the likes of India, Iran, ASEAN (Association of South-East Asian Nations) and counter in some ways the growing Chinese footprints, besides checking any expansion of western ambitions in the region. In some ways, Russia today has sought to master Primakov’s doctrine, which encourages Russia to utilize Russian national interests through multilateral mechanisms.

What is EAEU and How it Started?

The changing face of the global political order from bipolarity of the Cold War era to now, where multipolarity is the norm and many middle powers are rising, the geopolitics and the realpolitik too stand to change in a plethora of ways has led to a realisation in Moscow that Russia can no longer afford to see Eurasia as its own backyard and strive for political domination, but has to strive for the region’s economic development, in order to become a more potent influence in the region.

EAEU as regional integration in the dimension of free trade is an integrated single market that is often termed as Russia’s effort to create a regional integration organization and use it as a means to check external influence by powers like US and EU in Russia’s immediate neighbourhood through economic extension. EAEU encourages free movement of goods, services and provides for common policies in the macroeconomic sphere, energy, Foreign Direct Investment, transport, customs etc. and operates through a supranatural and intergovernmental institution headed by a supreme body which consists of heads of states. Since the inception of the EAEU idea, it has been mired in political controversies. EAEU was a part of electoral campaigning in Russia in 2011 when Putin announced his plans of bringing ex-Soviet states into a ‘Eurasian Union’, which was not only promptly supported by the leaders of Belarus and Kazakhstan, but in just one month, a declaration between the three was signed to establish the Eurasian Economic Union in 2015. Soon, the idea was criticized by the likes of US Secretary of State who called it a Russian effort to ‘re-Sovietize’ the Eurasian landmass. At its inception, EAEU was not expected by any scholars to be of any significance anytime soon. However, a significant push by Russia to change its image as a multilateral player in the aftermath of the annexation of Crimea in 2014 had given the EAEU a new life. Hence, to end the isolation while reeling under western sanctions and a stagnating economy due to the global economic slowdown, EAEU has been an ambitious and prioritized Russian project.

In 2020, ahead of Russian Foreign minister Sergey Lavrov’s visit to India, Moscow stated that it has pushed for India’s entry into the EAEU as a third partner to strengthen its relationship with the Central Asia-Eurasian region.  On May 11 this year, Uzbekistan who has been in talks with EAEU since the death of its veteran leader Islam Karimov decided to become an observer member. These developments are the newest in a long chain of events that happened just last year. In October 2019, Preferential Trade Agreement (PTA) was signed between EAEU and Iran who was reeling under heavy sanctions from the United States. Hence, Iran is now added to the list which already boasts of having Serbia and Vietnam with whom a Free Trade Agreement (FTA) has been established beside the likes of India, Pakistan, South Korea, Indonesia, Brunei, Singapore, Philippines, Thailand, Cambodia and Bangladesh with whom the negotiations for FTA are underway. The next big shot to align with EAEU is expected to be Turkey who after having sought entry into EU for long has now moved towards Moscow for support, as evident by decisions of buying military equipment(like S-400 anti-missile defence system) from Russia instead of US even after threats of sanctions.

It would not be an injustice to say that the formation of the EAEU concept and its development has been the major benefactor to Russia’s relations with several nations. However, the members in EAEU too have gained a better standing with Moscow as a result of their presence in the economic union. Belarus for instance, with whom talks of the creation of a union state have still not been accomplished, having signed a treaty for the same in 1999, and having been engaged in an oil dispute for the past decade related to pricing disagreements; Belarus as a member of EAEU has reaped economic benefits due to now wider access to Russia’s vast market and has become the most integrated country in the EAEU in terms of trade, this paves the way for possibilities of more cooperation in future, eventually even towards the creation of a union state. Through developments in the sphere of EAEU and ASEAN, Russia has been able to actively strengthen ties with the South-East Asian states and now participates in ASEAN-led multilateral mechanisms like the East Asia Summit and has become the major defence equipment supplier in the region. Similarly, EAEU has given a new lease of life to Russia’s engagements which the Baltic states which worried Russia the most till EAEU came to the picture due to the increasing tilt of the Baltic states to western mechanisms and institutions like NATO and EU.

India’s presence, if and when it happens, is expected to reduce Russia’s concerns with the possibility of China’s domination in the region, however, India, who had recently pulled out of the ‘Regional Comprehensive Economic Partnership’ (RCEP), a China-led pan Asian FTA, over scepticism related to cheap goods from China swamping Indian markets and creating issues for Indian businesses, will in the case of EAEU membership too, take careful steps before agreeing to any involvement in the project. The growing Russian clout in the world due to EAEU can be understood by the fact that Russia through multilateral cooperation under the umbrella of EAEU, has been able to strengthen its relations with the likes of Iran, Baltics and ASEAN states which are increasingly either increasingly looking to counterbalance the western institutions and are moving away from them to find alternative routes or are increasingly being targeted by the west like in case of Iran. On the other hand, Moscow has played it safe by not showing any signs of forwarding EAEU as a rival to any other institutional mechanism and has kept the union open for all. This is evident by the fact that Russia, even if through other members,  has advocated closer ties between EU and EAEU  as EU is the largest trade and investment partner for EAEU and EAEU is the third-largest trade partner of the EU. Russia has also counterbalanced its opposition to the increasing rhetoric of the Indo-Pacific concept in order to avoid over-aligning itself with China’s position, by calling its Eurasian connectivity project to be of equal project. This has not just helped Putin in maintaining good relations in the South China Sea region where multiple nations are engulfed in conflict with China due to territorial disputes but have also increased Moscow’s clout in the ASEAN region as an able player in the multilateral cooperation and diplomacy sphere, besides the already established defence sector provider. As of now, Russia has majorly been dependent upon energy and arms export for establishing partnerships, however, as Russia’s ability to establish markets in Asia and increases, it might be in a well-consolidated space in the Indian Ocean region to bypass any future sanctions from the west and western markets with relatively more comfortable and thus, have an upper hand on the negotiating table with the west or even China, if a situation arises.

Divyanshu Jindal
Author is a Research Trainee at the Asian Institute of Diplomacy and International Affairs. He is pursuing his Masters in Diplomacy, Law and Business at O.P Jindal Global University, India. His area of interest includes Russia, Central Asia, and South Asia dynamics and areas of potential cooperation between them.
Tags:
Russian Foreign Policy EAEU ASEAN China Russia Putin Diplomacy
Share:
Share this...