Peacekeeping During COVID-19 – Some Perspectives 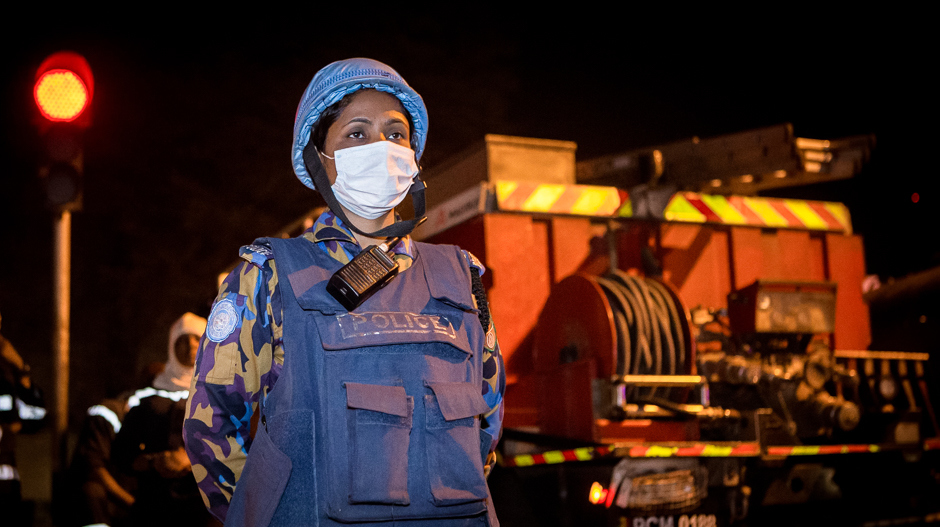 Peacekeeping has emerged as a critical element of the nation-states of the modern era, where peace has tended to be more elusive than attainable. Peacekeeping involves the formal and arduous participation of nation-states in United Nations-led (UN) peacekeeping and peacebuilding processes and programs in those regions of the world that are stigmatized by organized violence and held captive to its straitjacket. India has been a regular contributor to UN peacekeeping forces – which constitute a multinational force under the auspices of the world’s overarching body on the maintenance of global peace – involved in dispersing threats across the globe.

The UN Peacekeeping Force (UNPKF) came into being with the founding of the UN in 1945, with peacekeeping operations having commenced in 1948, and India having made its first contribution through a generous deployment for the Korean War of 1950-53. India even sponsored a resolution that brought the conflict to an end. As on date, at least 70 peacekeeping operations have been undertaken under the uniting flag of the UN. The mandates for the UNPKF are provided by the UN General Assembly (UNGA) and the Security Council (UNSC). The UNSC approves resolutions which then lead to the deployment of UNPKF troops to established conflict zones.

UNPKO involves a diverse set of operations where the need for peacekeeping arises. These include conflicts at disputed border zones, post-conflict peacekeeping, training of local militaries to ensure they are scaled up to deal with adversaries that were otherwise fated to UN peacekeepers, and other conventional conflicts such as direct conflicts or small wars. India has been involved in United Nations peacekeeping since the early years of the worldwide initiative.

Of the 70 missions undertaken globally, India has participated in 49 missions through a contribution of over 2.5 lakh troops. India holds the honour of having contributed the largest (after having been one of the earliest to be a part of the UNPKO) numbers in troops and Force Commanders, who are in-charge of entire missions. As of 30 June 2020, at least 5,000 Indian personnel are on deployment with UN peacekeeping missions.

COVID-19 AND THE STATE OF GLOBAL PEACEKEEPING

The novel Coronavirus, which emerged in early this year, raised doubts about the unimpeded efforts that comprise global peacekeeping.  India declared a nationwide lockdown that was stringently implemented in its first few weeks and months, followed by a gradual easing of curbs and norms through the Unlock phases. The lockdown may be officially over, but states and union territories of the Indian Union have continued to implement precise measures aimed at curbing the spread of the SARS-CoV-2.

Peacekeeping and peacebuilding – at the grassroots level – requires day-to-day contact with on-ground human resources, mediators, and other dedicated personnel. The basis of the Coronavirus is that it requires human beings to stay adrift from fellow citizens, colleagues, accomplices, family, and friends, for prolonged hours, officially termed “social distancing”. Other measures involve the utilisation of optimal personal protective gear (PPEs), as well as the upkeep of personal hygiene.

As far as UN peacekeeping is concerned, a paper written for a Denmark-based research institute suggests that peacekeeping has indeed been direly impacted by the COVID-19, with rotations of troops having been halted due to the spread of the virus, while the paper also suggests that the pandemic may be the worst ever impediment to UN peacekeeping operations in all of its history. It has been suggested that economic tremors, too, have been felt as a result of the growth of the virus. An Article by the Council on Foreign Relations suggests that it may be difficult to ascertain the impact of the Coronavirus on UN peacekeeping, owing to the distribution of and difficulty in obtaining statistics about the accurate dispersal of the virus across the world, especially in conflict-stricken regions.

Peacekeeping, though, remains in an exclusive category of its own when it comes to the prioritised segregation of operations under the aegis of the UN. Peacekeeping is relatively aloof from pandemics and suchlike owing to its need to address some of the fundamental issues that have and continue to plague civil societies, such as protracted conflicts which last for days, weeks, months, years, and decades. Peacekeeping, in fact, can be utilised to address the very issues it is confronting – the Coronavirus epidemic, in this case.

In a mildly-worded advisory issued online on the impact of COVID-19 on peacekeeping via the UN’s official website, it was clarified that UN officials were not subject to some of the restrictions that resulted in obstructions to the free movement of peoples across the world, while it was suggested that non-essential travel related to UN peacekeeping must be delayed. This very approach rebukes the points suggested in the paper by the Danish research institute and may provide for more sustained involvement by UN peacekeepers in dealing with the ‘conflict’ that is the Coronavirus disease.

Officials of the UN participating in a virtual press conference held by the Department of Peace Operations and Peace Operational Support asserted that cases within the UN peacekeeping department remain “very low”, while the UN has attempted to ensure their operations do not worsen the Coronavirus situations in the countries in which they’re involved.

CONCLUSION – AN ODE TO UN PEACEKEEPING

Pacification through peacekeeping during a pandemic may prove to be particularly testing and enervating, owing to the possibility of the very efforts made to achieve peace resulting in failures, due to the unpredictable and unforeseen nature of pandemics, which may result in the deaths of millions of innocent individuals.

Peacebuilding, like peacekeeping and conflict resolution, involves a diverse set of coordinated activities and processes. These are necessary to achieve comprehensive peacebuilding in regions destroyed by unending conflict. Peacebuilding logically follows the complexities of peacekeeping, especially after the conclusion of the latter and the commencement of the former.

Keeping in mind all that necessitates peacekeeping during testing times such as a pandemic or recurring natural disasters, the honourable and benevolent arguments that hold peacekeeping together should be prioritised. The necessary measures that are to be taken in the wake of a pandemic such as COVID-19 can always be implemented in a timely manner, but peacekeeping must and should continue to stand tall.

Jay Maniyar
The author is a Research Associate at the National Maritime Foundation in New Delhi, India. The views expressed above are in a personal capacity, and do not reflect the views of his employers. He can be reached via email at jaymaniyar@gmail.com, and can be contacted on the professional networking platform, LinkedIn.
Tags:
United Nations COVID-19 UN Peacekeeping Missions UNGA pandemic
Share:
Share this...