India’s Soft Power in the Line of Actual Control (LAC) 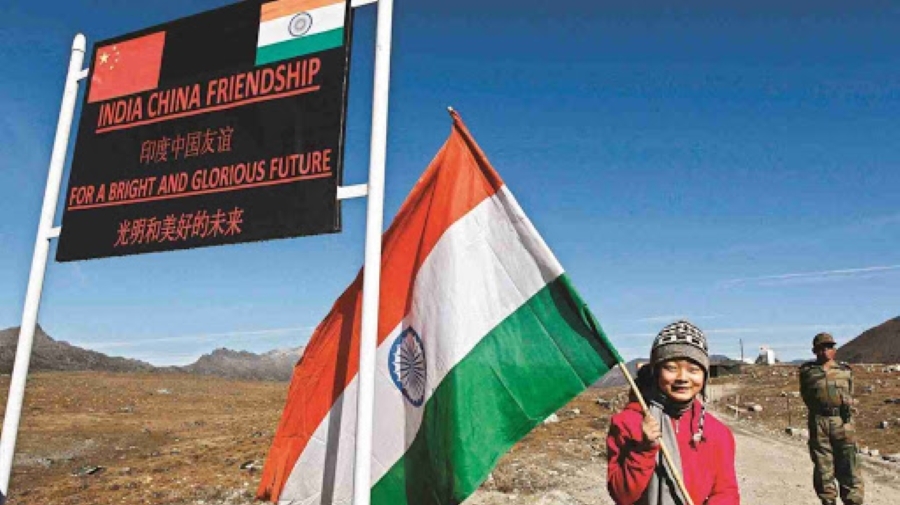 The year 2020 signaled the 70th anniversary of India-China bilateral relations. However, the mutual ties of India-China have been hit hard due to disputes in the Line of Actual Control (LAC) that was devised to create a demarcation line and to ease the tensions between India and China after the 1962 Sino-India war. Zhou Enlai, the Chinese Premier, initially used the term LAC in 1959 where thereafter China has kept altering the LAC border with its ‘land grabs’ tactics. Maps are a critical character of the perpetual self-crafting of any country’s representation. However, China has refused to accept the McMahon Line and the demarcation of borders done by the British Indian empire. The ties between both countries have demonstrated often significant and created far-reaching implications due to changing maneuverings and the ever-altering international political and financial circumstances.

China due to the recent Galwan valley incident has infringed the important bilateral agreements of 1993, 1996, and 2013, which remained necessary to preserve harmony and peace on the disputed LAC border. Though India was following the rules-based order at the LAC, China didn’t abide by it. The sovereignty and territorial integrity of India is at stake at the LAC. Despite the Confidence Building Mechanisms (CBMs) and border management that was put in place over the years, which served in diminishing pressures in the LAC, the resolution of the boundary conflict continues to be obscure. The 1993 agreement perspicuously asserts that both countries will “together check” the alignment of LAC when there is a dilemma. Nevertheless, the agreement has missed delimiting and defining the LAC. While India has committed to the importance of the ‘Panchsheel Treaty’, it still remains mere paperwork for China that was a principal party to the treaty. China that had turned to “smile diplomacy”, was attempting to display soft power by being “almost everyone’s companion” (probably all, except for Taiwan, Hong-Kong, Japan and the Dalai Lama) has lately been facing backlash from the rest of the world post-COVID 19 and for its expansionist strategy. China’s ‘peaceful rise’ is clearly an illusion due to its ‘aggressive rise’ today.

The position of India in the world platform has emerged significantly in the 21st century. Today, the eloquence of India’s great-power ambitions is more heard through its notions and opinions that promote ‘non-coercive’ or ‘soft power’ progression, which still remains relevant to its foreign-policy conceptualization. Likewise, there needs to be a review and reinvention of Indian foreign policy, which is in line with the post-COVID world order and India’s changing national interest. India should continue preserving the ‘status-quo’ considerably unlike China that is always attempting to ‘alter the status-quo’.

According to Chinese scholar Wu Xinbo, China is principally a “traditional regional power rather than a global power” and therefore “lacks real international thinking in its foreign policy and worldwide diplomatic activism”. Likewise, several Historians also assert that China lacks the ‘mentality’ to be a superpower. Lately, China is gawking at a multi-front embarrassment springing from an international anti-China regrouping, a resurgent India, its unstable internal affairs, its soaring unemployment and the recent natural disasters that have numbed the Chinese economy.  China has not been capable to well apprehend, the power India manifests through its religious, spiritual and cultural characteristics including its civilizational legacy.

China can’t invite further criticism by using its border strategy of “Two-Step Forward, One Step Back” at the LAC. There is a need for a peaceful demarcation and the imminent final agreement that was signed on the Maintenance of Peace and Tranquility along the LAC in the India-China Border Areas, in 1993 must be revised in a way that can mutually benefit India and China considering the contemporary geopolitical scenario. Post-Galwan valley incident, India needs to recommence to press China to perform expeditious progress in discussing the main concerns of discord in their respective relations. India must work to build a global opinion in its support concerning the border violations. For instance, it can consider bringing in the UN Peacekeeping mediation to demilitarize the whole range of LAC that can keep the Chinese aggressiveness at a check.

India is already at an advantage in ‘soft power’ being the largest democracy in the world compared to the belligerent communist regime of China. India today is more aplomb, fearless, determined, and comprehending on how to leverage its global status as a soft power apart from using its hard power. Even as India has been receiving its worldwide praise through its ‘Namaste-diplomacy and ‘Medical-Diplomacy’ post-COVID, it should exert the same soft power in helping China achieve its political aims without further intensification of the military situation on the LAC. The real potential of India is its ‘unity in diversity’. A fairly consolidated and flexible India is the most suitable neutralizing agent to China’s attempts to upset India. Likewise, India needs to focus its attention on the smaller nations of Asia that have not drawn much assistance from India and have continually faced the heat of China’s aggressive intervention in its domestic affairs. India needs to steadily establish skills of soft power, to prevent intimidations to its security and integrity.

As an emerging superpower in the multipolar world, India should take splendidly a position in disseminating ‘Himalayan Buddhism’ and work collectively with China based on common interests to enhance their bilateral relationship. India should further reinforce its position in important global and regional institutions such as the U.N, ASEAN, BRICS, RIC and SCO to resolve the LAC issue along with China. The foreign leaders of both nations should draw attention to strategies to stimulate discussions at the diplomatic front more often to avoid future escalation of such border conflicts. Both nations should maintain peace, harmony and stability and demonstrate the 2018 ‘Wuhan Spirit’ yet again in the further LAC discussions.

Being a pioneer in technology, India should communicate its ideas and thoughts in its region and globally, accentuating its peaceful intentions contrary to China’s belligerent artifice. India should secure its view by shielding its robustly gained democratic sovereignty and security of rights of all people and should earnestly work towards implementing the understanding of de-escalation and disengagement in the LAC. There is a need for maturity in the CBMs from both fronts to settle their disagreements and check on any kind of escalation and twitchiness on the LAC demarcation line. Lastly, China should exhibit an illustration of a ‘cuddlesome panda’ rather than a ‘fire-snorting dragon’ with India.