Looking Beyond Stereotypes: How Women Leaders Tackled the Pandemic 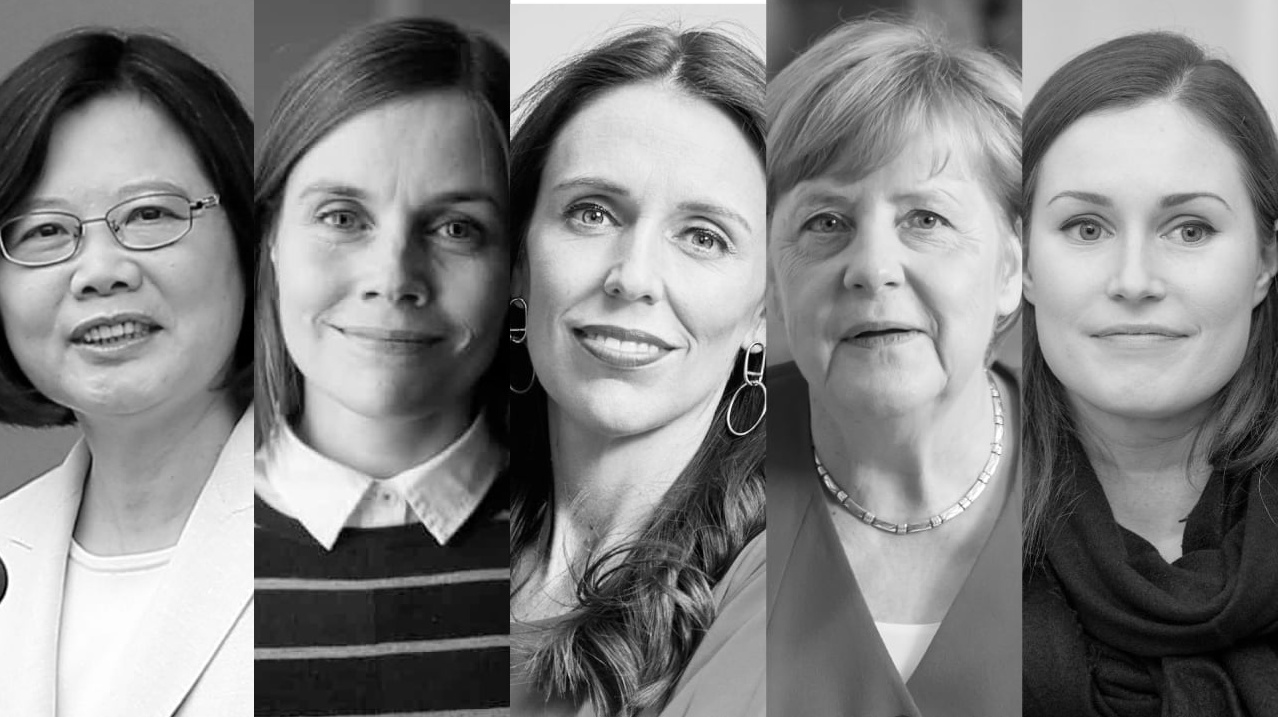 Sexist stereotypes have historically held women back for ages until the recent Coronavirus pandemic proved that women leaders are more efficient and decisive.

On 8 June 2020, Prime Minister Jacinda Arden of New Zealand proudly announced that the nation was now virus-free and that all restrictions shall be lifted except border controls.

Tsai Ing-wen, the President of Taiwan was successful in curbing the virus by harnessing technology alongside a nation-wide lockdown. Moving to Europe, Germany and Finland led by Angela Merkel and Sanna Marin respectively have emerged as successful leaders in the continent.

The Indian state of Kerala which recorded one of the first coronavirus cases recorded low mortality rates due to the successful strategies implemented by the health minister, K.K Shailaja who was honoured by the United Nations for her efforts to fight the pandemic.

However, simply drawing conclusions on such particularities where we take examples of only a few individuals must be resisted. But the success of these women has astounded the world as women have taken the forefront during the pandemic.

So what made these women successful and what can we learn from them?

Ever since World War II, the people of Germany prepared themselves to face any crisis. It is their political culture and history that has enabled them to deal with the pandemic adequately. Moreover, the people of Germany stand in solidarity with their leader, Angela Merkel which is contrary to what is happening in the United States of America where the citizens do not trust their leader who goes on to say that people should be injected with disinfectants to do away with the virus. It is the ideology of collectivism that has resulted in the success of Germany’s war against the deadly virus.

Germany has one of the finest health care systems in all of Europe. Their ability to treat every patient struck down by the virus ensured that everyone gets equal care and treatment. Going back to their history, the country does not let their negative past repeat itself and hence, Merkel made sure that the dignity of every human life holds the highest value in their society.

Angela Merkel, in her tenure, has gained the public trust and made many wise decisions whether it is playing a leading role in the European Union and maintaining amiable relations with her neighbours or successfully blossoming amidst the financial crisis.

Prime Minister Jacinda Ardern is well-known for her compassion and prudence. She makes sure that decisions are made quickly and more importantly, effectively. After the Christchurch shooting, it took Ardern only 6 days to announce and plan new gun laws. A nation where people’s safety is put first, Ardern announced a nationwide lockdown and closed its borders when the number of coronavirus cases were only around 100.

With a systematic, multiple level lockdown plans, New Zealand’s ‘early lockdown’ policy led them to become the first nation to successfully defeat the virus. All the decisions made by the government were communicated efficiently and well-devised testing plan led the New Zealanders to a sure-shot victory.

Despite its proximity to China, Taiwan was successful in making its aggressive efforts towards controlling the pandemic work. Tsai Ing-wen, the President of Taiwan took up the challenge fearlessly as she prudently harnessed the use of technology in dealing with the virus. For example, every passenger had to fill in their health information using their mobile phone and enabling GPS tracking of people who were quarantined and isolated.

With the country’s nationalized health care system, there was effortless coordination between the central government and the hospitals to make sure that no positive case is neglected.

Taiwan has had a history of dealing with such a deadly virus. With its fatal experience with the SARS outbreak in 2003, the country was in readiness to face the outbreak of yet another infectious disease. Hence, with the help of a strong and experienced health care system and with the wise use of technology, Taiwan is one of the few countries to deal with the coronavirus effectively.

The world’s happiest country did not let the pandemic scar its smile. Sanna Marin, the youngest Prime Minister in the world made sure to stay with the times as she ensured effective communication with the help of 1500 social media influencers.

Just like Germany, Finnish people stand in solidarity with each other and there is a certain level of trust between the government and the people.

With the help of its huge stockpile of masks and health equipment and an early lockdown like New Zealand, PM Marin has been successful in leading Finland to a neat finish against the virus.

To end this article, it is important to remember the very first line; Sexist stereotypes have historically held women back for ages until the recent Coronavirus pandemic proved that women leaders are more efficient and decisive.

These women were only able to succeed because their nations trust them and their decisions. A nation that supports its women is able to lead these women towards an undefeatable success in the face of any catastrophe.

It is the 21st century and we must learn to support our women. With the collective efforts of the people, everything is possible.

If Donald Trump is able to gain public trust and take wise decisions through collective efforts, the United States of America would not have been knee-deep into the crisis.

Our women are more compassionate and in order for them to succeed, we must be compassionate in return. The pandemic has put women leaders at the forefront and rightly so.

3 replies on “Looking Beyond Stereotypes: How Women Leaders Tackled the Pandemic”