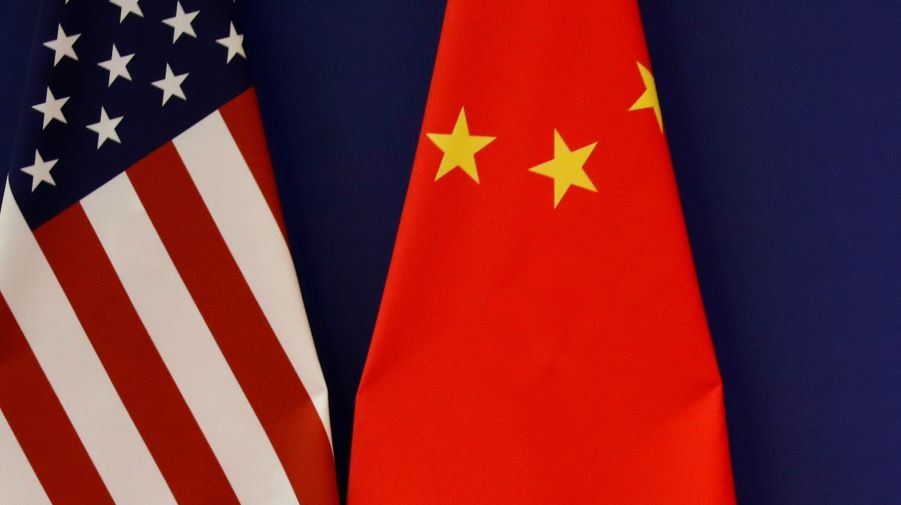 In a wide-ranging press conference on the 13th of July, the spokesperson for the Chinese foreign ministry, Hua Chunying, announced public Chinese sanction directed against a handful of top U.S. politicians.

While the nature of the sanction remains unclear, the reciprocal sanctions are directed against American politicians with “egregious records on Xinjiang-related matters”. The sanctions come in response to the U.S. state department sanctions on 4 Xinjiang officials on July 9th.

While official Chinese government sanctions have been a rarity, and ones of this nature unheard of, China’s historical use of sanctions has frequently been couched in similar language and for similar purported ends; namely, perceived attacks against Chinese internal affairs. The high profile targets hint toward a new element of the U.S. China rivalry, whereby an increasingly assertive Chinese foreign policy will increasingly respond in kind to perceived U.S. overreach. Sanctions could be used in a competitive context in an increasing number. It is conceivable that they will be used as tools of policy that advances a range of political interests, not merely internal politics.

Historically, China has more often been the recipient of sanctions, but with the growing animosity with the U.S. taking new shapes, an evolution in Chinese sanctions is to be expected. China’s growing global leadership position increases the means of exerting international leverage, and sanctions have long been seen as an economic right of successful world leaders, as evidenced by their historic use by America. The so-called “Sanction Doctrine” has been a key element of U.S., British, and Russian international relations for decades and the unilateral use of sanctions by China suggests a hardening of Chinese foreign policy objectives despite their use in defence of internal politics.

Changes in use of Sanctions

China has the target of sanctions much more than the instigator, with experts suggesting Chinese leadership has been opposed to them as the imposition of economic interference. Economic growth would be put at risk with officials bearing the responsibility. Indeed, before 1990, there were only two uses of official sanctions employed by the Chinese government, Vietnam in 1975 and Albania in 1978, both for engaging in anti-Chinese rhetoric. So-called “smart sanctions”, directed at political leadership of weaker countries, were conceived as morally expedient. Wholesale sanctions, on the other hand, seen as targeting vulnerable populations were dismissed for their potential to bring about humanitarian disasters. Changes in thinking since China’s admittance to the WTO has challenged these assumptions.

Despite previously neither officially condemning nor condoning sanctions, since 1990, China has joined in numerous multilateral sanction efforts, while vetoing an equal number. The Center for a New American Security (CNAS), lists 10 unilateral official sanctions between 2010 and 2018, which is nearly triple the number previously. The report also notes a similar number of unofficial sanctions and boycotts during this time, as well as other coercive economic measures.

An important facet of CCP leadership is the use of smaller test cases before employing large scale initiatives. The use of sanctions is no different. The use of pressures against lower risk targets can be scaled up years, or even decades later. From 1992 to 1994 imports from France were frozen due to arms sales to Taiwan. U.S. sales of arms to Taiwan were allowed to continue until 2019 when official announcements sanctioned specific arms manufacturers. Whereas France was seen as a smaller power that could be sanctioned wholesale, the U.S. received only threats and unofficial boycotts for decades based on this issue.

The CNAS report suggested Chinese coercive economic retaliation as primarily informal, and legally unlinked to foreign policy disputes so as to maintain an air of plausible deniability. The primary forms were changes in domestic regulation aimed at foreign countries, encouraging boycotts against select groups, and individual pressure applied to companies working in China. The new sanctions against U.S. politicians show a willingness to overtly attach political dispute to economic sanctions, rather than as toothless signaling measures. The recent Chinese strategy suggests that the Chinese government is in the process of rethinking the morality and efficacy of sanctions.

There needs to be an increasing focus on trade policy remedies to build reliance against possible disruptions in supply chain systems as a result of a stronger Chinese sanctions policy. A new tool for a more calibrate economic coercion is needed to develop a broader approach to the economic sanction of man world powers. This has been reiterated in a recent report by the Republican Security Committee on National Security Strategy (RSC). Published last week, the report outlines suggestions on geopolitical initiatives in keeping with the White House’s invective of America First. The 130 new policy solutions aim to restore American leadership on a global scale, after years of declining power and agency. Arguing for a results-based approach to foreign aid, diplomacy, and international politics, the report lists China as America’s top threat mainly as a result of intellectual property theft and espionage, with Xinjiang related human rights issues a low priority. The human rights considerations evidenced more of a desire for alignment with European and British policies, than unilateral action. That said, the report makes a case for the “toughest sanctions on CCP ever proposed”.

Published before both the current U.S. and Chinese sanctions, the report fails to conceive of possible retaliatory sanctions, instead of focusing on overseas investment projects and cultural exchange systems as the main locus of Chinese economic coercive means. The report spends several pages dissecting disinformation campaigns stemming from U.S. based Confucius Institutes while neglecting to conceive of sanctions against U.S. politicians or companies, evidence perhaps of Washington’s lack of creativity when forming conceptions of modern China.

If Beijing were to adopt the proposed Export Control Law there will be greater scope for sanctions within Chinese domestic policy. The need for retaliatory measures or incremental increases in economic force will disappear, as an assertive foreign policy will more explicitly flow from domestic legislation. Popular Chinese support for an economic sanctions law has also grown in recent years. These policies would see the trend of a foreign policy supporting economic policy reversed, with economic considerations officially justifying foreign policies.

The United States is more often than not the instigator of sanctions, and so the recent sanctions from the world’s second-largest economy will be met with disdain. A measured response is needed when dealing with this apparent reversal of established Chinese economic measures. While the threat of future sanctions should be taken seriously, retaliatory sanctions should not.

Adam Belcher
Author is a freelance writer and journalist currently studying for a PhD in philosophy and politics. He has a Masters in international relations and diplomacy, and has lived in Asia for many years.
Tags:
U.S. Xinjiang Human Rights Violation retaliation trade policy China sanctions
Share:
Share this...