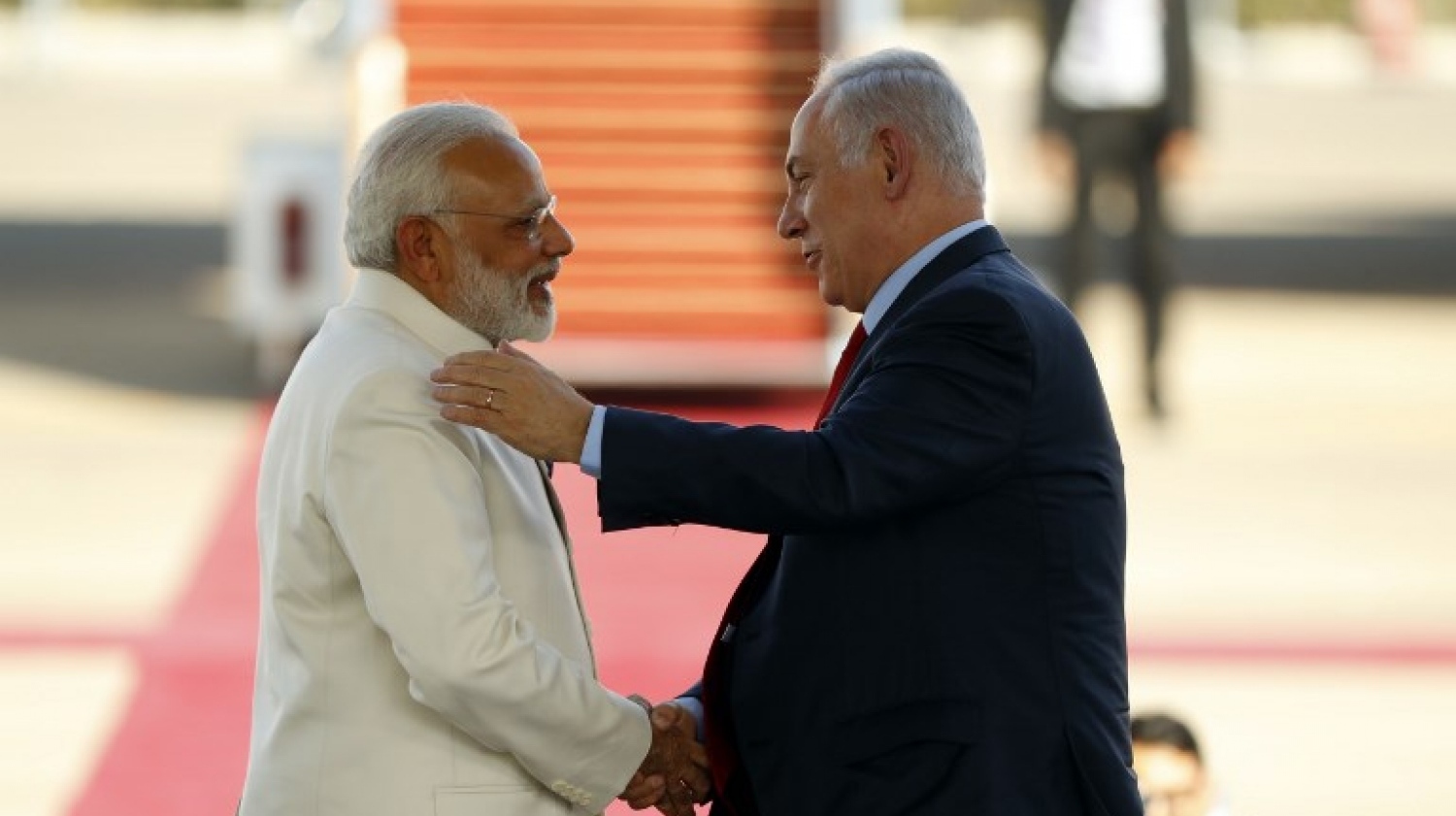 For much of the 20th century, India-Israel relations were marked by a degree of reservation or, during worse years, distant hostility. This dissentient relationship was, however, primarily the result of the Indian state’s foreign policy choices immediately after independence in 1947. India’s independence and Israel’s declaration of statehood came in successive years, but both nascent democracies chose divergent paths as sovereigns. While Israel, through a combination of reasons veered towards an overtly Western-oriented foreign policy, India followed the non-aligned path and forged relations with several Arab states. Israel’s various Western pivots and Arab hostility made Pandit Nehru apprehensive of pursuing close diplomatic relations with Israel, who had several advances rebuffed. The Arab-Indian relationship was a pragmatic one not only because the large Indian Muslim community was pivotal political capital, but also strategically consequential for India’s oil requirements. Moreover, enlisting Arab support for the Kashmir cause was seen as crucial in those days. This, along with Indian sympathy for the Palestinian cause, delayed the establishment of official diplomatic relations between the two countries by almost 45 years till 1992.

The paradigm-defining demise of the USSR brought about a new era in India-Israel relations. India depended heavily on the Soviet Union for arms support and its disintegration posed serious questions to the Indian administration. Consequently, it turned towards Israel, which had developed a competitive advantage in the armaments industry. It must be noted, however, that this change in attitude was influenced by many other reasons.

Firstly, the opening up of India’s economy in 1991 under Prime Minister P.V. Narasimha Rao signaled India’s intentions to conduct open trade with foreign partners and leave behind its protectionist past. This opened up numerous opportunities for partnerships and business cooperation between the two countries.

Secondly, Israel signed peace agreements with Egypt and Jordan and participated in various bilateral peace negotiations with Palestine under official international auspices in an attempt to resolve the conflict. Coupled with this were the deep differences between Arab countries and India’s failure in acquiring resolute Arab support in the Kashmir cause. The prospect of a deeper Indian-Israeli partnership no longer looked like a high-risk endeavor.

Thirdly, despite the absence of official relations between India and Israel, the former often sought Israeli military support in its conflicts with China and Pakistan. During the 1962 Indo-China War, Pandit Nehru requisitioned a military consignment from Israel, however, Prime Minister David Ben-Gurion stated that the ship carrying the consignment would carry an Israeli flag, which would resemble a symbolic formalization of ties between the two. Nehru eventually gave in. This kind of ‘arms diplomacy’ perpetrated by Israel led to the warming up of relations in 1992.

However, it is another reason which has bridged the divide between the two countries and fostered a bonhomie in recent years.

The 1980s saw a marked rise in Islamic terrorism in India and Israel. While Israel began to deal with the first Intifada, India faced a vigorous separatist movement in Kashmir, both of which resulted in the loss of numerous lives. The 1970s and 1980s also saw the weakening of the left-leaning parties of both countries – the Indian National Congress (INC) and the Labour Party. It is interesting to note that the political chronology of the two countries bears striking similarities. The INC, similar to the Labour Party of Israel, began political activities in the 1930s under British rule, gained power in the late 1940s, held control until the late 1970s and slowly began to lose support as the political fabric of the countries began to change towards a more populist nationalism. The increasingly polarized religious climate of India in the 1980s, spurred by the Ramjanmabhoomi movement drove a deep wedge between the majority Hindus and the minority Muslims. Similarly, the increasing frequency of Palestinian terrorism served to crystallize Israeli public opinion against any sort of modus vivendi, something right-wing Likud ideologues and politicians propounded.

Mollifying the large Indian Muslim community after independence was not only a pragmatic move to maintain political continuum but was also a reflexive move by a leader all too aware of the recent trauma of the Partition. Subsequent decades and the developments they brought about had eroded the vitality of assuaging Muslim sentiment. While the 1992 formalization may have been motivated by mutual strategic advantages, the real warming of relations occurred under Prime Ministers Atal Bihari Vajpayee and Binyamin Netanyahu towards the end of the 20th century. With the INC’s electoral victory in 2004, the relationship reverted to closed-door diplomacy. However, India-Israel relations have truly taken off with the ascension to power of Prime Minister Narendra Modi in 2014. Modi, who subscribes to the Rashtriya Swayamsevak Sangh’s (RSS) ideology of an ethnocentric Hindu India, developed a close friendship with his Israeli counterpart and became the first Indian head of state to visit Israel in 2017. The Bharatiya Janata Party (BJP), to which PM Modi belongs, enjoys an ideological similarity to the Israeli Likud Party, with a common Islamic antipathy.

What the future holds

It would, of course, be unfair to ascribe current relations between the two countries solely to religious and ideological similarities. India and Israel engage in significant trade and have numerous mutual projects and investments. Today, India is Israel’s largest client for arms, and in return, Israel gets vocal support from the world’s largest democracy, which significantly boosts its political and diplomatic leverage, especially considering over 30 countries of the UN still do not officially recognize it. Apart from this, India is a massive market for Israeli businesses and Israeli exports to India amounted to nearly $84 billion in 2019. India is also Israel’s largest client in arms sales and recently purchased a large consignment of Negev light-machine guns from Israel.

Modi and Netanyahu both share an affinity for neoliberalism and religious conservatism and judging from the political climate in both countries, they are expected to continue being in power for the near future. The shared sociopolitical climates in both the countries is perfectly encapsulated in anthropologist Arjun Appadurai’s words, “Open markets – closed cultures”.