China’s Expansion in the Indian Ocean: A Big Worry for India 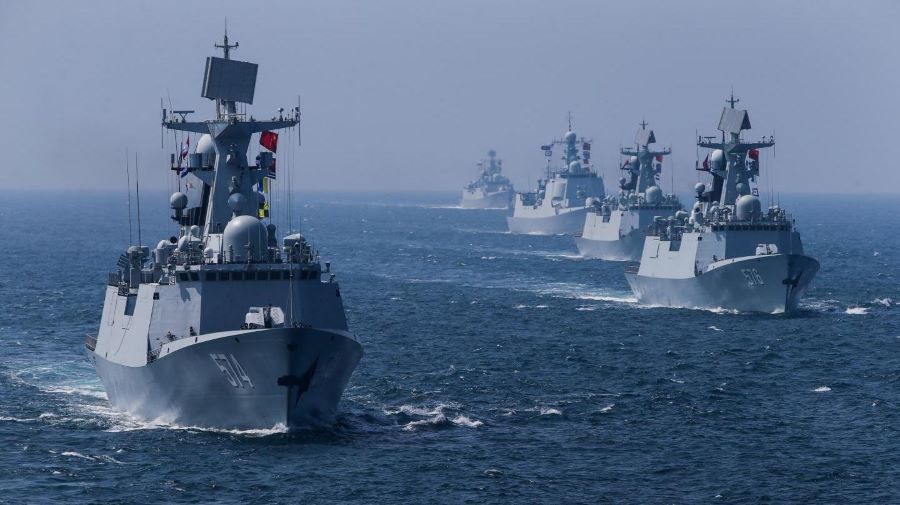 At a time of crisis over the Galwan valley, it is also important to focus on how China is trying to expand not just in the Indian borders but is also prepared to take over its naval foothold.  China, under the ‘String of Pearls’ has set up military bases at Chittagong in Bangladesh, Gwadar port in Pakistan, Hambantota port in Sri Lanka, Ihavanddhippolhu Atoll in Maldives and Kyaukpyu in Myanmar. This has become a major threat to India’s geostrategic advantage. And with a naval base in Djibouti in the Horn of Africa, China is all set to encircle India from its dearest Indian Ocean Region. India being a strong naval power is also leading some counter encirclement strategies like the ‘Necklace of Diamonds’ and has been deepening its engagements in Djibouti. However, the present India-China crisis and China’s increasing military establishments in the Indian Ocean Region points towards a bigger worry than that in Line of Actual Control (LAC).

The case of Djibouti

Djibouti is a small North African nation and a former French colony located at the strategic strait of Bab al- Mandeb, between the Gulf of Aden and the Indian Ocean (Singh M. , 2016). It is the world’s fourth busiest maritime energy checkpoint through which passes nearly 3.8 million barrels of crude oil per day. It also connects Africa, West Asia and the rest of Asia.

There exist diplomatic and economic relations between China and Djibouti with bilateral trade at around USD 200 million. However, it is not the economy but the strategic location of Djibouti that is more important to China. Therefore, to establish a logistics base there, it began all sorts of infrastructure development in Djibouti under its debt trap strategy (Mehta, 2020). One example is the funding of a 756-kilometre Ethiopia-Djibouti rail project by China (Xinhua, 2019).

A major part of its aim was achieved in 2014 when China and Djibouti signed a Defence and Security Agreement, paving the way for the establishment of China’s permanent military presence in Djibouti. (Singh M. , 2016) . And later in 2017, China set up its first foreign military base. Though China argues that it will use the naval base only for anti-piracy and humanitarian measures, the base, in reality, is no ordinary naval base. It is filled with outer perimeter walls, watchtowers and underground quarters capable of hosting an estimated 10,000 troops (Singh A. ,2020). Therefore, the larger plan as asserted by the Indian Intelligence agency is to use this base for the placement of Chinese troops permanently. And this has raised friction in the entire Southern Block (Singh A. ,2017).

Given the geostrategic importance of Djibouti, India too has maintained good relations with the country. In October 2017, the 14th President of India, H.E Ram Nath Kovind undertook his first official visit to Djibouti as a part of India’s larger engagement in this continent. Djibouti has earlier provided India with logistical support for “Operation Raahat” during the civilian evacuation from Yemen. The Indian Navy warships have been making regular calls at Djibouti for Operational Turns Around while conducting anti-piracy operations in the Gulf of Aden since November 2008 (Padmaja, 2017).

What strategies can India adopt?

Even though India-Djibouti relations are expanding, the larger implication of the Chinese naval base in Africa is an issue that cannot be ignored. China has actively rejected the notion of the Indian Ocean being called India’s backyard. And this naval base apart from serving to China’s military interests also threatens India’s security in its neighbourhood. People’s Liberation Army’s (PLA) presence in the Indian Ocean Region is seen in conjunction with the Gwadar Port in the Arabian Sea as it poses a similar threat to Indian Navy.

India has often taken a proprietary attitude towards the Indian Ocean and is generally sceptical of any interference by external actors. Under its leadership, two multilateral institutions—the Indian Ocean Naval Symposium (IONS) and the Indian Ocean Rim Association (IORA)—have been established to foster maritime cooperation (Krupakar, 2017).

Moreover, through its ‘Necklace of diamonds’ strategy, India is also trying to build a counter encirclement to China’s ‘String of pearls’. Under this strategy, it has taken initiatives to develop military bases like Changi Naval Base in Singapore, Sabang Port in Indonesia, Duqm Port in Oman and a naval base in Assumption Island in Seychelles. Apart from this, military cooperation with countries like Mongolia, Japan under the Asia-Africa Growth corridor, Vietnam and lastly with the Central Asian countries are also some attempts made under this strategy (Javaid, 2020).

Thus, when it comes to naval engagement in the region as a whole, India has a stronger foothold when compared to China. But the fact that China is modernising the base and growing military presence there is an issue of concern for India (Singh A. , 2020). Adding to the concern is a well-known fact that India lies far behind China when it comes to economic involvement in the countries nearby the Indian Ocean.

Moreover, the recent speculations over the removal of India from the Chabahar – Zahedan rail project in Iran, if proven correct, will prove to be a major setback for India’s “Necklace of Diamonds”. This project signed during Modi’s Iran visit in 2016 aims to enhance India’s connectivity with Afghanistan and Central Asian countries by 2022 and is also called India’s counter to Gwadar Port of Pakistan under China Pakistan Economic Corridor (CPEC) (Sharma, 2020)

PLA Navy is the second-largest in the world after the US and to match it in such a short time will be near to impossible for India. Therefore the current situation demands India to expand its military cooperation. Though India has already taken some steps in this direction by expanding strategic partnership with Philippines (Chaudhury, 2020), post Galwan Valley crisis, it can also extend open support to the US in this direction.

The recent decision of Australia to be a part of Malabar naval exercises which already includes Japan, India and the US is all set to activate an Anti- China Quadrilateral Alliance. This long-pending Mutual Logistics Support Agreement (MLSA) between two Indian Ocean giants – India and Australia will boost Indo- Pacific partnership. Amid India- China crisis over Galwan Valley, it can also be considered as a perfect response to China from India

At a time when China has resorted to hard power politics, India can utilize its soft power capabilities to influence world affairs. In this direction, there is immense potential for India to increase cooperation in the food and agricultural sector with the African countries. As lack of food security remains one of the most formidable challenges facing the African continent (Viswanathan and Mishra, 2020)

Moreover, China faces criticisms from all over the world when it comes to Human Rights violations and press censorship. And the ongoing pandemic which is also called Wuhan Virus has also affected China’s stature abroad. On the other hand, India with its multicultural attitude, secular ideas and democratic values can attract developing nations and become role model especially for countries in Africa.

Therefore, at a time when both the US and China are resorting to a less friendly attitude towards each other, it is time for India to take advantage of this cold war and deepen its support base against China. A non- permanent seat in the UN Security Council for two years and support from the US during the Galwan Valley issue, has already added to India’s status. The present need of the hour is to take leverage of this support base and expand its logistics cooperation with the South East Asian and African countries. This way, India will be able to influence the maritime balance in the Indo- pacific region and scale down the Red Dragon in the Blue waters.

2 replies on “China’s Expansion in the Indian Ocean: A Big Worry for India”