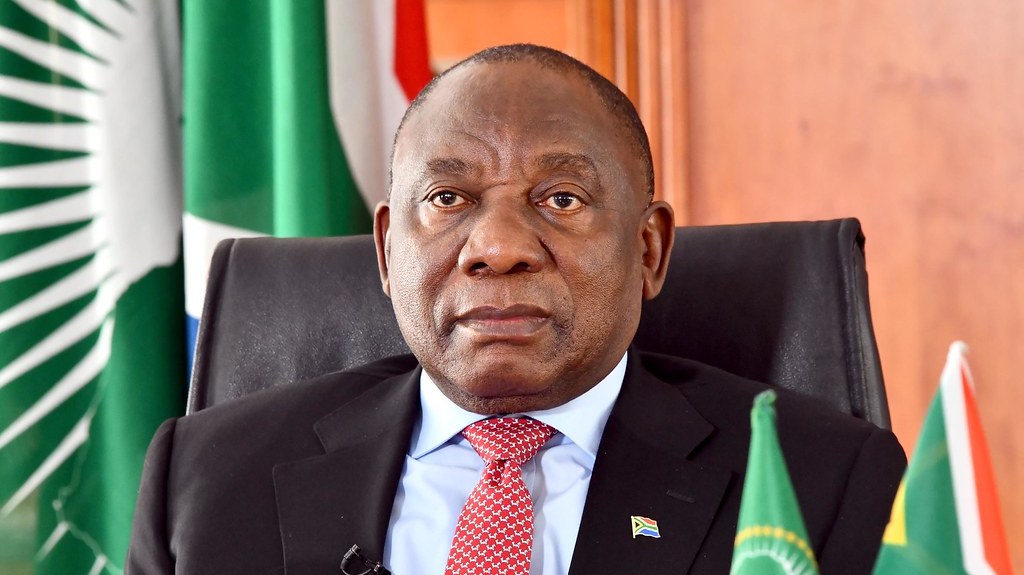 On the 9th of February 2020, South Africa assumed the Chairmanship of the African Union (AU) for the second time. South Africa first chaired the AU following its historic relaunch in 2002 with former president Thabo Mbeki assuming the position of Chair. The Chair is elected by the AU Assembly of Heads of State and Government for a one year term and responsibilities include representing the AU at various forums such as the G20.

In his acceptance statement as Chair of the AU, South African President Cyril Ramaphosa laid out an ambitious list of priorities. This wide list of priorities includes supporting green growth and sustainable development; enhancing AU-UN co-operation; promoting good governance; driving a skills revolution and the uptake of digital technologies; supporting people living under the yoke of oppression; tackling gender inequality; ending the conflict, and unlocking Africa’ economic potential through the implementation of the African Continental Free Trade Area (AfCFTA). This analysis will focus on the last three key priorities which are high on South Africa’s agenda.

Arguably at the top of South Africa’s agenda is the implementation of the AfCFTA. The AfCFTA establishes a $3.4 trillion economic free-trade bloc of 54 African nations with 1.3 billion people. The AfCFTA aims to reignite African industrialization, integrate the continent into global value chains, boost infrastructure development and enable free movement of goods, people and services. But the outbreak of the novel SARS-CoV-2 (COVID-19) virus has delayed its implementation which was supposed to come into force 1 July 2020. Since Africa’s first case of COVID-19 was detected in Egypt on 14 February 2020, the virus has spread to every country on the continent. As of 18 July, Africa has reported a total of 682,743 COVID-19 cases with 362,071 recoveries and 14,671 deaths. Given the outbreak, African countries have had to focus on containing and managing its impact. While the delay in the commencement of the AfCFTA is unfortunate, it was a necessary measure given the devastating impact of the pandemic.

Although COVID-19 has delayed implementation of the AfCFTA, it has also reinforced the rationality of having a coherent continental integration bloc and the urgent need to draw on economies of scale offered by the agreement to boost industrialization and manufacturing capability. The development of regional value chains and local manufacturing capabilities will lessen dependence on imports and negative spillover effects of disruptions of global supply chains associated with COVID-19. Going forward, some sectors are likely to see increased investment. Disruptions in the global supply of food and resources due to COVID-19 could lead to greater efforts to build domestic capacity in terms of agriculture and manufacturing. Furthermore, many African governments may conclude that investment in healthcare is a worthwhile endeavour, especially given that healthcare expenditure in Africa is around 5% of GDP – global averages are twice that. Lastly, there will be a need to further develop communication and technological services and encourage mobile money and digital payments which are crucial in facilitating business while social distancing.

South Africa will also aim to play a greater role in ending protracted conflicts on the continent. Speaking on the theme of “Silencing the Guns in Africa”, President Ramaphosa emphasized Libya and South Sudan as the two conflicts he will focus on during his tenure. The AU has sought a more prominent role in Libya’s protracted conflict which erupted in 2011 with the overthrow of long-time leader Muammar Gaddafi. South Africa will prioritize the enforcement of a ceasefire and the holding of an inter-Libyan Conference to promote dialogue and find a durable resolution. With regard to South Sudan, Ramaphosa will continue prioritizing efforts leading to the installation of an interim government of national unity. But with regards to achieving those goals, some analysts are sceptical. While the AU has considerable power, there has been a breakdown of trust among citizens due to the organization’s non-implementation of decisions and objectives. By closing that “implementation deficit” the AU can build more confidence in its capability.

Lastly, while referring to this as the Decade of African Women, President Ramaphosa emphasized advancing womens’ economic inclusion and the eradication of gender-based violence. The representation of women in government decision making structures and other sectors is very low in Africa. Ramaphosa advocated that women deserve at least 50% representation in government structures and will work towards the adoption of an AU Convention on Violence Against Women and for member states to ratify international protocols outlawing gender discrimination. While those objectives are commendable and greatly encouraged, many experts argue that promoting gender equality through the AU will be challenging.

Despite those challenges, experts seemed optimistic about South Africa assuming the AU chair. There is a general feeling that South Africa is open to dialogue and can get things done. In addition, President Ramaphosa is described as a capable and charismatic mediator who is a firm believer in the principle of finding African solutions for African problems. But he also stands to face immense pressure from home to focus on pressing domestic issues.