The Exalted Soft Power of Switzerland 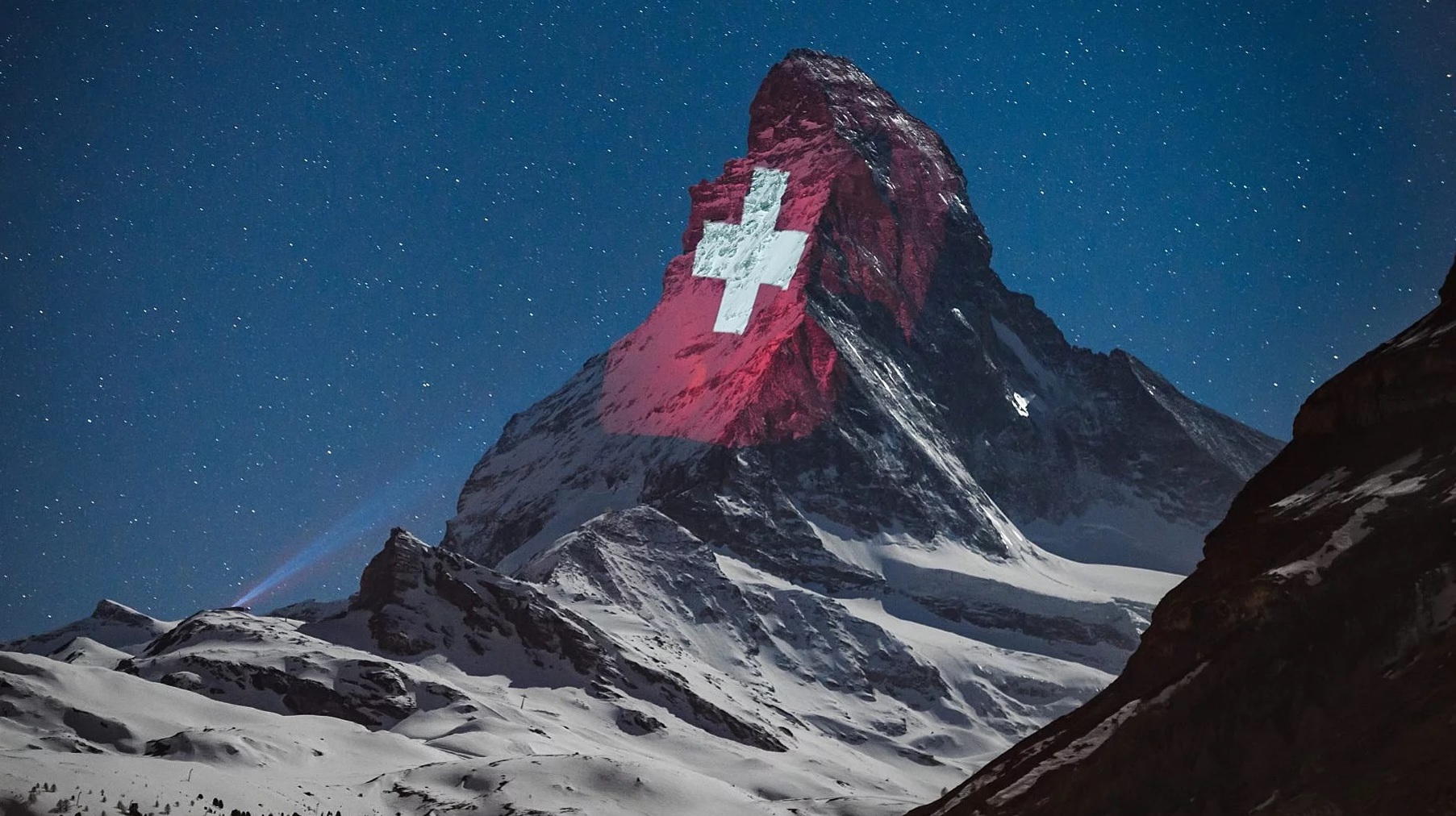 A country’s ‘soft power’ is its capacity to influence the world, not by military strength, but its several charming assets prominently values, culture, art, history, education and language. Even as American political scientist, Joseph Nye described soft power as the concept of shaping the preferences of others through appeal and attraction, Soft power has played an indispensable role in Switzerland for many centuries even before Nye introduced this concept in the 1980s. Cosmopolitan Switzerland since time primeval has possessed diverse cultures and traditions where it is acknowledged to be a melting pot in the heart of Europe. The history of Switzerland confederation dates back to more than 800 years and the country since 1848 has been a federal republic of the autonomous cantons. Switzerland is a miniature, land-locked country that has been high on “Soft power”. It is exceptionally well built, and economically robust with a populace of 8.48 million people and nearly 60% of Swiss society from the immigrant setting disseminated across its 26 cantons. Switzerland has played a chief role in promoting sustainable economic growth, preventing disasters and conflicts, shaping globalization and creating universal access to resources.

Apart from its majestic snow-capped mountains, cheese, chocolates and the financial sector, Switzerland is strongly known for its system of democracy and is home to more than thousand museums, watchmaking that dates back to 16th century, different cultural uniqueness such as the Alpine folk music and diverse languages (German, French, and Italian and Romansh).  Switzerland follows Christianity as its religion that includes both Protestants and Catholics. Zwingli bolstered the Protestant reformation in the nation originally in the 1520s, which earned the backing of justice, Mark Reust and the community of Zurich, which led to decisive shifts in civil life and political affairs in Zurich that further expanded to numerous cantons of the traditional Swiss Confederacy.

The government of Switzerland reflects the underlying system of direct democracy and is considered to be one of the most patronized countries internationally. Being a direct democracy, it empowers all Swiss citizens above the age of 18 to cast the vote on how the country can perform better. The political scene of Switzerland has been dominated by five significant parties, which are the Free Democratic Party, Social Democratic Party, Christian Democratic Party, Swiss People’s Party, and Conservative Democratic Party of Switzerland. The repercussions of faulty decisions in the government are limited and everything is quicker because people don’t have to keep appealing to the higher-ups. Following the decentralized system in Switzerland, despite the composition of the national parliament, the 26 cantons maintain ample jurisdiction. Every canton has its systems for education and other administrative affairs. The nation has an efficient infrastructure with Geneva and Zurich considered to be one of the most expensive cities to live in the world.

Switzerland came to remain a neutral country following the Napoleonic Wars. Though Switzerland was never invaded during the World Wars, the country saw itself girdled by the Axis powers. Following World War II, Switzerland has evolved to play a larger and vibrant role in foreign affairs by assisting through humanitarian actions, but it continues being impartial regarding military actions. The country follows the ‘Swiss neutrality’ of  “do no harm” which is one of the foremost postulates of Switzerland’s foreign policy that decrees that Switzerland is not to be associated with any political or armed disputes between other nations. This neutrality principle seems to be pretty attractive to the rest of the world, which certainly is beneficial for the soft power of the country. The Federal Political Department (FPD) established in 1848, tasked with Switzerland’s foreign policy is among the world’s largest diplomatic networks. For the last ten years, the Swiss government has expanded its reach and began to embrace developing countries with great financial and scientific capacity apart from actively engaging in North-South research collaboration for advancement. The Swiss Agency for Development and Cooperation (SDC) strives at the regional capacity framework, cooperation with the countries of Eastern Europe, and is accountable for the co-operation of the country’s international development activities and providing humanitarian assistance.  Switzerland is firmly bound to sustainable development through its foreign policy where the nation is presently in an advanced stage at accomplishing several Sustainable Development Goals (SDGs) and has nearly achieved the following goals. SDG and Agenda 2030 forms an important part of Switzerland’s future global cooperation efforts.

The nation, principally Geneva is a dwelling to diverse international organizations such as the United Nations (UN), United Nations High Commissioner for Refugees (UNHCR), World Trade Organization (WTO), World Health Organization (WHO), Red Cross, etc. The World Economic Forum (WEF) referred to the ‘land of Alps’ as the globally most competitive nation because it has eluded the deficit and lay-offs that have tormented the entire globe and its neighbors. Switzerland is distinguished for its scientific innovations, patents, and inventors and is on the top of the list of Noble laureates per capita in the world. The natural sciences likewise hold a significant position in Research and Development (R&D) through the establishment of a large network by the Swiss Academy of Natural Sciences. The country is also home to CERN, the largest particle Physics laboratory in the world, which is responsible for the identification of the Higgs Boson particle often referred to as the ‘God’s Particle’, which is the world’s most prominent science experiment that is yet to uncover the enigmas of our cosmos. Switzerland is also at the avant-garde in space science. It is an authorizing member of the European Space Agency (ESA) and following 1960, the country has actively engaged in European space development. The Swiss Space Office (SSO) administers the national space program and the Space Tourism initiative is yet another feather on the cap for the country’s soft power.

The Soft power of Switzerland can also be observed due to its global rankings for having the world’s best health care system, exceptional educational programs, low levels of water and air pollution, artistic heritage, housing and personal security, work-life balance, culinary traditions, freedom of speech, innovation and a stable economic domain. Having excelled in the 2019 government sub-index as per the Portland’s “Softpower30” report, the performance of Switzerland has continued to remain a cornerstone to the country’s soft power strength. Switzerland has been the pilot in WEF’s study on global competitiveness since 2010. It ranked fifth in 2019 in the global competitiveness report and by the end of 2020 is anticipated to move to the 4th spot. The country’s prosperity as a global leader in economic competitiveness and innovation potential is the outcome of an outstanding and knowledge-based market and proximity within private sector R&D and educational research.

In the area of corruption, despite the banking and investment sector being one of the most debased in the major countries of the world, Switzerland is ranked the third least corrupt nation globally as per the 2018 Transparency International.  It has also been regarded as one of the happiest countries in the world and is ranked third just after Finland and Denmark as per the World Happiness report 2020 due to life outlook, Gross Domestic Product (GDP) per capita and less corruption. As a steady government that revolves seamlessly among parties each year, the governance of Switzerland has been praised and trusted and is ranked number one in the world according to the Legatum Institute, London.

Good skills and education are important instruments in the prosperity of a country and also in finding a job. Switzerland has been ranked for having one of the best education systems in the world after Finland and Norway. According to Organization for Economic Co-operation and Development (OECD) reports, 88% of adults aged between 25-64 have finished upper secondary education that is considered higher than the OECD average of 78%. With a long tradition of higher education and sustained academic progress for over the centuries, Switzerland has universities that have sought after reputation internationally with no less than seven featured in the top 200 of QS world rankings of 2019. The country with its academic excellence is a popular choice for foreign students mostly from Italy, Germany, France and China.  In the area of employment, 80% of the people aged between 15 to 64 have a paid job that is above the OECD employment average of 68% that is considered to be one of the highest rates in the OECD. In the area of health, the country’s life expectancy is 84 years and the air quality has improved gradually since the mid-1980s through fine particles, ozone-summer smog and nitrogen-containing air pollutants that affect the biodiversity are some of the challenges. Nevertheless, according to OECD, the country performs better in water quality as 95% of people are satisfied with the quality of water. It is one of the few countries to have utilized about 85% of its full human capital potential.

Some constraints in the country’s soft power do exist such as increased dependency on private-sector research, Switzerland’s difficult negotiations with the European Union (EU), low ranking of the nation in the engagement sub-index of soft power, strong Swiss franc chiefly against the Euro that includes payments from the EU to Switzerland and seasonal availability of water that has been altered due to climate change in the country. However, ‘Diplomacy of Switzerland’, ‘Made in Switzerland’ and the ‘value of Swiss FDI stock’ on the bright side has had immeasurable vibes across the globe. The soft power assets of Switzerland on whole are exalted, versatile and steadfast with barely some cracks to be found.