India in Sino-Bhutanese Relations: Why did China Claim the Bhutanese Territory 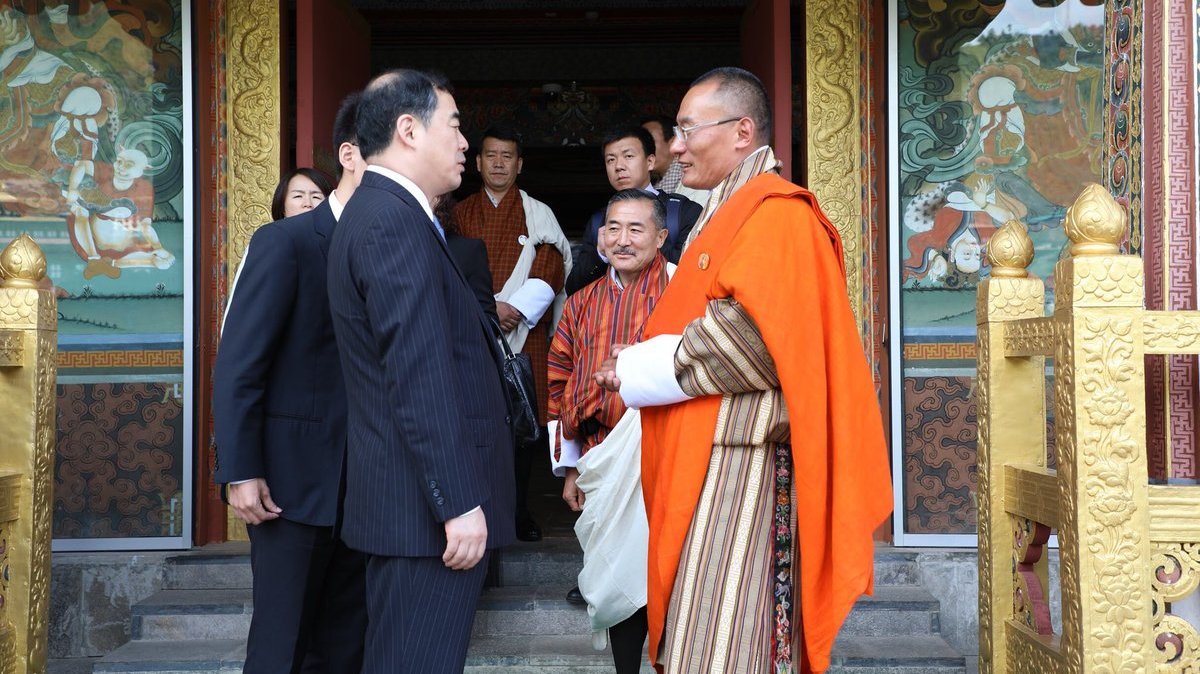 Ever since May 2020, there have been border tensions in the Himalayas. China has been aggressively claiming territory around the world, which includes Bhutan. Amongst all its claims, the claims on Bhutan’s land have been different due to reasons which range from indirect threats to political motives, which include the current rift of India China.

Since the 1950s, China has been claiming Bhutan’s land which includes the northern and the western region. Both the nations have held 24 rounds of negotiations concerning these territory claims, the last one being held in 2016, however, China never declared the eastern sector of Bhutan as its territory, until now. In early June, China claimed an area near Sakteng Wildlife Sanctuary. The claims arise out of the decision taken by the Global Environment Facility (GEF) to continue the fundings for the sanctuary after China appealed to stop the fundings. China claimed that region to be a ‘disputed territory’ due to which no developments could take place, however, the GEF council continued with its fundings. What makes this particular claim odd is the fact that China is now claiming the eastern sector which it has never claimed before. Even though both sides have no official ties with one another, they have managed to negotiate the border disputes, where the eastern Bhutan region was not considered to be an area of conflict.

Another interesting fact about the recent territorial claim is the fact that the Sakteng sanctuary region borders with the Tawang region, which is a part of Arunachal Pradesh. The Tawang region has been the area of least importance concerning border negotiations, however, with the recent tensions in the Sino-Indian border, this region has been of great significance. Early in May 2020, China claimed its territory in India, followed by which the Chinese troops entered the Indian side of Line of Actual Control up to 10kms which resulted in a rift between the two nations. After various dialogue exchanges, the Chinese remained adamant on their claim which was led by their aggressiveness where they killed 20 jawans.

With respect to the Sino Indian standoff, China’s claim on Bhutan can be analysed from two perspectives. First, China announced its territory in Bhutan to punish them for allying with India. “The Sino Bhutan border dispute is not so much a contest over territory as it is of China’s desire to punish Bhutan for allying with its regional rival, India,” wrote Dorji Penjore, who heads the Centre for Bhutan and Gross National Happiness Studies, in a paper titled “Security of Bhutan: Walking Between the Giants”. The claim was not taken as an attack on Bhutan’s or its sentiments as the motive behind it, which was to warn Bhutan to not be in India’s favour, was understood.

The second perspective to it could be to pressurize India. As seen above, China was uncompromising to take over the land in India, and as India was rejecting their claim and was fighting the Chinese, they put indirect diplomatic pressure on India through claiming the territories of its neighbouring countries i.e. Bhutan to coerce them into giving the land being claimed. As the land in eastern Bhutan borders, the land of Arunachal Pradesh, a state of India, the claim on Bhutanese land was an indirect claim on India’s land as well, which added more pressure to the claim on eastern Ladakh.

Analysis of the border conflicts

Due to recent events, the Sino Bhutanese relations have been impacted as China claimed the land but Bhutan issued a demarche and refused to accept the claims. Ever since Bhutan’s statement, no progress has been made in this situation. If this rift between the two nations is compared with their rift in 2017, the infamous Doklam border dispute, it is observed that India’s involvement plays an important role in their relation. In Doklam 2017, the Chinese troops started to construct a road near the Doka La pass near the Doklam plateau, to which Bhutan directly objected and hence refused to accept the claim. In this border dispute, Bhutan asked for India’s help, as abiding the Friendship Treaty of India and Bhutan, India intervened by sending its troops in Doklam to stop the construction.

Thus, it can be analysed that China does not appreciate India’s positive alliance with Bhutan; in both the border conflicts of 2017 and 2020, China’s passive-aggressive behaviour showed that it is not fond of India and Bhutan being good neighbours. In 2017, India interfered in the Sino-Bhutanese border dispute after Bhutan asked for India’s help. In 2020, in one of its statements amidst the China Bhutan dispute, the Chinese foreign ministry said that no ‘third party’ should intervene in this conflict, which was directed at India. This proves the significance of India’s involvement in Sino-Bhutanese relation; it shows how the Sino-India relation immensely impacts the Sino-Bhutanese relation. As a tactic to pressurize India into surrendering to the claims of China, Bhutan was dragged in the chaos which ended up harming the Sino-Bhutanese relation.

With the recent disengagement talks between India and China which do seem to resolve the ongoing border issue, what will the Sino India relation look like? It is important to answer this question as, as mentioned above, it impacts the Sino Bhutanese relation. The Chinese claim on the eastern sector of Bhutan did not cause an armed conflict as the main aim was to warn India. If India China relations improve, the Sino Bhutan relations might be stable as they are right now, however, if they deteriorate, China and Bhutan might result in friction between them, and with China’s growing assertive behaviour, the harm to their relationship could be to a greater extent.

7 replies on “India in Sino-Bhutanese Relations: Why did China Claim the Bhutanese Territory”