Corona Leadership – Can Germany Lead Europe Out of the COVID-19 Crisis? 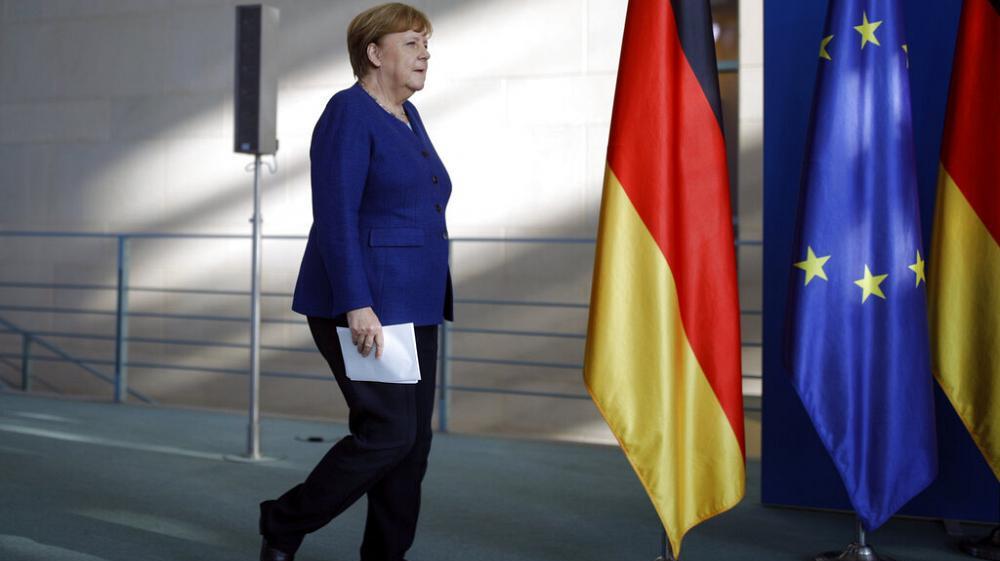 “If Germany doesn’t show leadership in Europe, there won’t be a Europe,” notes James D. Bindenagel, a professor and former American ambassador. While Europe reeled under the grasp of COVID-19, Germany presented itself as the silver lining. Till date, Germany has reported 9,144 COVID-19 related deaths which are significantly lower than the death toll of Italy at 34,984, the United Kingdom at 44,968, Spain at 28,409 and France at 30,029. Germany managed to excel in its containment efforts in comparison to its European counterparts. The German success in managing this crisis is owed to wide-scale early testing and strong health infrastructure that had been built up over the decades. The first case of COVID-19 in Germany was reported on January 27 in Bavaria. Germany has since then come a long way and conducted over 6.3 million COVID-19 tests, with over 76,000 tests per 1 million of its population. German labs are estimated to be able to carry out almost 900,000 tests for the novel coronavirus in a week. A major factor that enables the testing and critical care is the health expenditure undertaken by countries over the years. In 2017 Germany spent 11.24% of its GDP on healthcare while during the same period Italy spent 8.84% of its GDP towards financing healthcare. While no country was prepared for the onslaught of the novel coronavirus, Germany handled the effects of pandemic considerably better than its European counterparts and emerged almost unscathed. This puts Germany in a unique position to lead the European Union out of the crisis.

Germany managed to keep its economy from spiralling into a recession, unlike its European counterparts. According to the Bundesbank, the German GDP will shrink by 6% for the 2020 financial year. While this is still a significant drop, it is much better than Italy whose economy is set to contract by 9.2% or the UK by 14%.  Even more promising is the fact that the German economy could end up recovering from this economic downturn faster than its neighbours. This is accredited in part to the German government’s EUR 130 billion fiscal stimulus and also the ingenuity of its companies. While the fiscal stimulus provided German companies with a protective shield of sorts, it was their ingenuity and quickness to adapt to the changes brought about by the pandemic that has been a critical part of the country’s success. Being an export-oriented economy, the demand for German products did not stop, because the pandemic did not affect the entire world at once. Hence, these companies managed to keep working even while most European countries had gone into lockdowns which seriously crippled their economies. Some critics say that Germany’s present position boils down to “dumb luck”. On the contrary, Germany’s present position is due to years of careful spending. As Olaf Scholz, the finance minister said, “Germany can spend in bad times because it saved in good.”

As mentioned earlier, Germany’s success early on against the pandemic, afforded Merkel “political capital and confidence to become more proactive on the European stage”. With the United Kingdom out of the mix for the first time, Germany as Europe’s most powerful economy is now at the helm of European affairs. The first demonstration of Germany’s leadership came to the fore when Merkel along with France’s Macron proposed the EU economic rescue package. Although the package has been faced with considerable resistance from countries such as Sweden, Denmark, Austria and the Netherlands, it represents the first such effort undertaken by the EU often characterised as financially conservative. By taking this initiative Merkel has put the interests of the 27-nation union before her domestic concerns. This goes on to show just how committed Germany is putting the European Union out of its misery.

With the next 6-months as the EU Council President, Germany intends to use its time to lead the bloc out of the COVID-19 crisis. At the top of Germany’s priorities is to try cajoling the detractors of the proposed European economic bailout plan to get on board to commence the post-pandemic reconstruction programme. German Health Minister Jens Spahn also said that the German presidency will also focus on strengthening the European Centre for Disease Prevention and Control. As a result of the stability showcased domestically on the fronts of healthcare and economy, Germany sets forth an example to be followed by its European counterparts. But this leadership of Germany will have to extend beyond economics and healthcare. While the focus of the presidency will be one of ensuring crisis management and the maintenance of the EU integration, it will also be one of choosing the right partner to forward the EU’s interests. The recent “transatlantic decoupling” threatens 75 years of partnership between Europe and the US. Therefore, the responsibility now lies in the hand of Germany to choose between the US that has become averse to multilateralism or China, which with its fair share of criticisms is seen as a stable economic partner. Given that the previous Croatian presidency of the EU Council underperformed, and that the next presidencies are to be held by smaller countries (Portugal and Slovenia), the time is right for a powerful nation with a reputation for efficiency to be at the helm of affairs during this period of crisis.