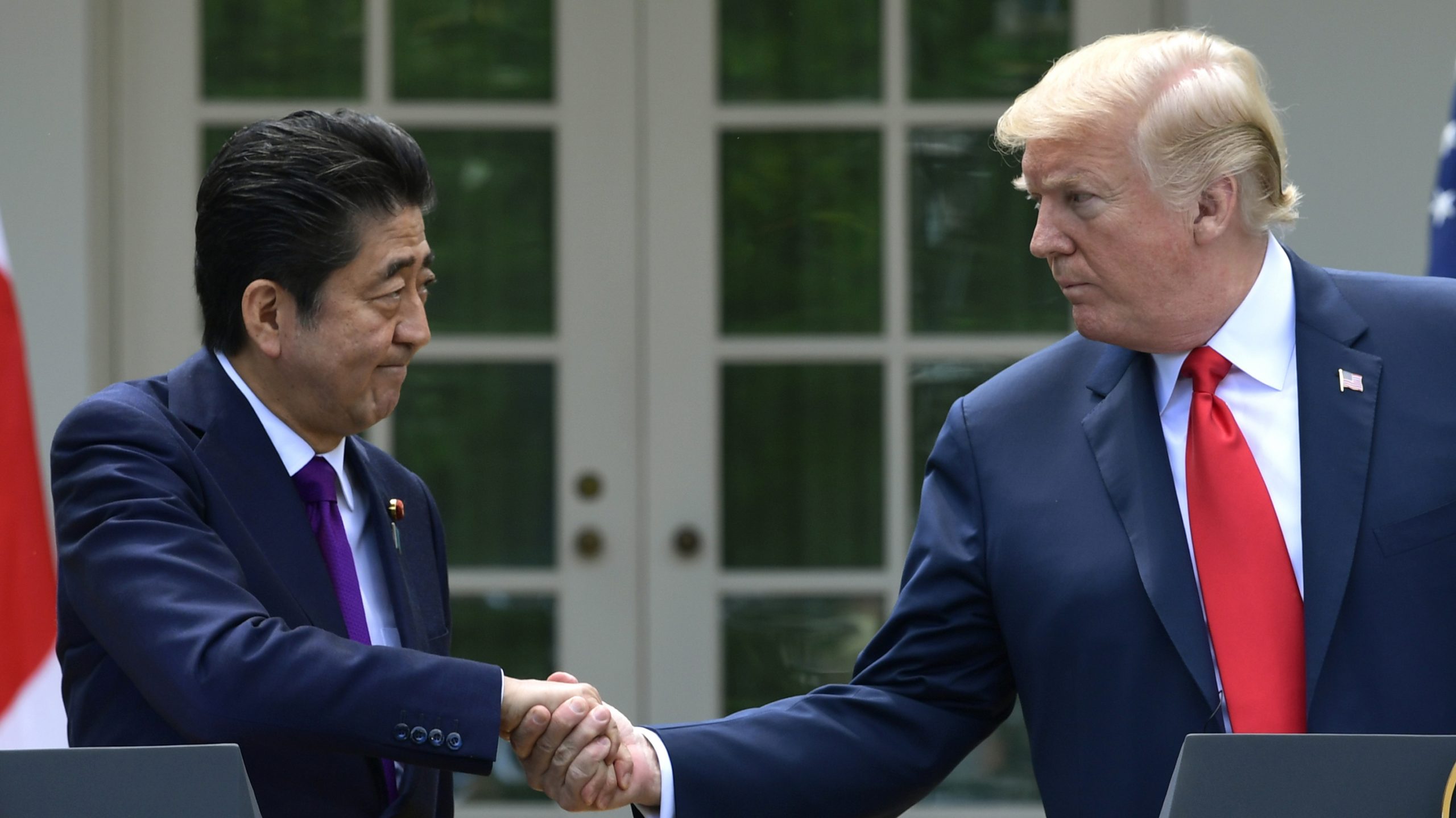 Bilateral relations between the United States of America (USA) and Japan continue to remain steadfast and strong. Since the 1950s – following the freedom of Japan from the US’ quasi-occupation which involved the imposed implementation of the contentious Article 9 which forbids the Japanese Self-Defense Forces (SDF) from using force as a means to settle disputes with any and all belligerents.

This article aims to assess the denigrating influence of COVID-19 on the United States and Japan, and also aims to conduct an impact assessment of the SARS-CoV-2 or the novel ‘Wuhan’ Coronavirus on the two major influencers and the traditional heavyweights of the Asia-Pacific, or APAC, region.

THE IMPACT OF COVID-19 ON US-JAPAN RELATIONS

Between the two of them, Japan and the US have a diverse set of partnerships that cover, primarily, the domain of security (national, maritime, technological, etc.). The security partnerships provide for the stationing of US troops in Japanese military bases, the security of Japan with the help of the US (although there have been relative pullbacks in regard to the overwhelming American influence from the peak of Pax Americana), and the application of joint US-Japan strategies in the ever-tumultuous Asia-Pacific (APAC) and Indo-Pacific (IPAC) regions.

The novel Coronavirus – which originated in the Peoples’ Republic of China’s Wuhan province – has sounded a death knell to the world’s two most prosperous democracies, the United States and Japan.  The most predictable end-result of the global tsunami that is the COVID-19 virus has been the forging of a stronger bond between the US and Japan. The two allies, forever repulsed by the antagonist Peoples’ Republic and committed to the restriction of overarching Chinese hegemony, have seemingly consolidated the few gains on offer from the malicious spread of the Coronavirus.

The US has actively decried almost all efforts made by China to cut itself a sorry figure and to appear to radiate counterfeit innocence, while Japan’s state vis-à-vis China (unofficially that of a ‘frenemy’ and based on both cooperation and conflict) has carried all the hallmarks of a concerned and irritated neighbour (Japan has been subject to close to over 20,000 cases and close to a 1,000 deaths as a result of the rampaging epidemic – at the time of writing of this article). Cases in Japan continue to spiral, with record numbers having been reported in the past few days.

It is abundantly clear from Japanese government statements in the mainstream media that Japan has not taken in its stride the fact that the origins of the Coronavirus or the ‘Wuhan virus’ – a moniker made popular by US President Donald Trump – have been certainly traced back to the Chinese city of Wuhan. Japan may even be inclined to believe that the virus is a man-made one and took shape in one of the many secretive Chinese government labs that operate outside global scrutiny, under the strict dogmas of the Chinese Communist Party (CCP).

Bilaterally, the US and Japan have cooperated in combatting epidemics globally since 1965. The US’ Global Security Health Agenda (GSHA) involves all member and partner countries of the Group of Seven (G7), including Japan. A US-Japan Partnership for Global Health is a dialogue that was conducted thrice at the Track-1 level – the last one being in 2018 – under the auspices of the Japan Center for International Exchange (JCIE). The JCIE facilitates the dialogue through funding from Japanese ministries.

Japan has established, unilaterally, the Global Health Innovative Technology Fund (GHIT) to promote the development of vaccines to combat a wide variety of diseases.  The GHIT is sponsored by two ministries of the Government of Japan, and the United Nations Development Programme (UNDP).  Japan could invite the US to explore the scope of expanding the fund’s aims to combat the novel Coronavirus, given the urgency in dealing with the virus amidst Japan’s rising cases. The Government of Japan is also independently funding its own innovations.

The closeness between the two rivals has reflected on a space different from cyber, outer space, conventional military, and technological cooperation – the gargantuan space occupied by unpredictable and untimely epidemics on the world stage that tend to result in the losses of millions of human lives and cause irreparable damage, while also leaving a dark smear on history.

CONCLUSION: THE FUTURE OF PANDEMICS VIZ. JAPAN AND THE UNITED STATES

COVID-19 has brought the US and Japan closer than ever before.  The two staunch allies have found yet another reason, and a global pandemic at that, to forge stronger ties that can achieve the peace-leaning world’s foremost strategic goal at present – purposefully hindering an immensely thin-skinned and a hyper-assertive China in the territorial, maritime and the territorial maritime domains of its neighbourhood.

Tokyo’s increasing number of cases and Washington’s spiralling numbers of deaths have strung together the two masters of regional and global prominence to a common cause – a pandemic like none the world has ever seen in recent history.  The Coronavirus offers the two Pacific nations a unique opportunity to seize the several strategic gains on offer against China, as the proven origin of the virus has made the Communist regime liable to global backlash. The Chinese concept of ‘Face’ (roughly meaning ‘dignity’ or ‘prestige’) – which espouses upon domestic Chinese concerns about the impressionisms created by the Chinese people in the global environment – is more fragile than it has ever been. The duopoly of the hard-hitting US and an emboldened Japan may prove too much for a China that may find itself intimidated.

An article in The Japan Times endorses the partnership’s role in ‘preparing’ the world for the next pandemic. The author asserts that the ineffectiveness of the World Health Organization (WHO) and its Director-General, Dr. Tedros Adhanom Ghebreyesus – who is an advocate of the Chinese regime’s response to COVID-19 and less a critic of its origins traced back to the capital of China’s Hubei province, may require the US and Japan to assume a bilateral posture as regards combatting future outbreaks of relentless diseases, and lead the way in curative assistance.

To improve the mutual levels of achievement, the US and Japan must upgrade the 1960 Treaty of Mutual Cooperation and Security – which laid the foundations for American interactions with post-war Japan – by evolving the Treaty to focus more on cooperation rather than security (even the Chinese state-endorsed Global Times has lambasted the provisions of the outdated Treaty, albeit for reasons pertaining to the defense-focussed evolution of the eastern Asian island-nation), especially given Japan’s ever-improving prowess in defense and a drawdown from the extensive reliance on America. The Treaty must include provisions to effectively combat outbreaks that have the capacity to wreak global havoc and associated emergencies, both jointly and multilaterally. Together, the US and Japan have much to ponder about as regards COVID-19 and the future of pandemics.

Jay Maniyar
The author is a Research Associate at the National Maritime Foundation in New Delhi, India. The views expressed above are in a personal capacity, and do not reflect the views of his employers. He can be reached via email at jaymaniyar@gmail.com, and can be contacted on the professional networking platform, LinkedIn.
Tags:
Japan CoronaVirus United States COVID-19 Asia Pacific APAC
Share:
Share this...

2 replies on “US-Japan Relations and COVID-19”