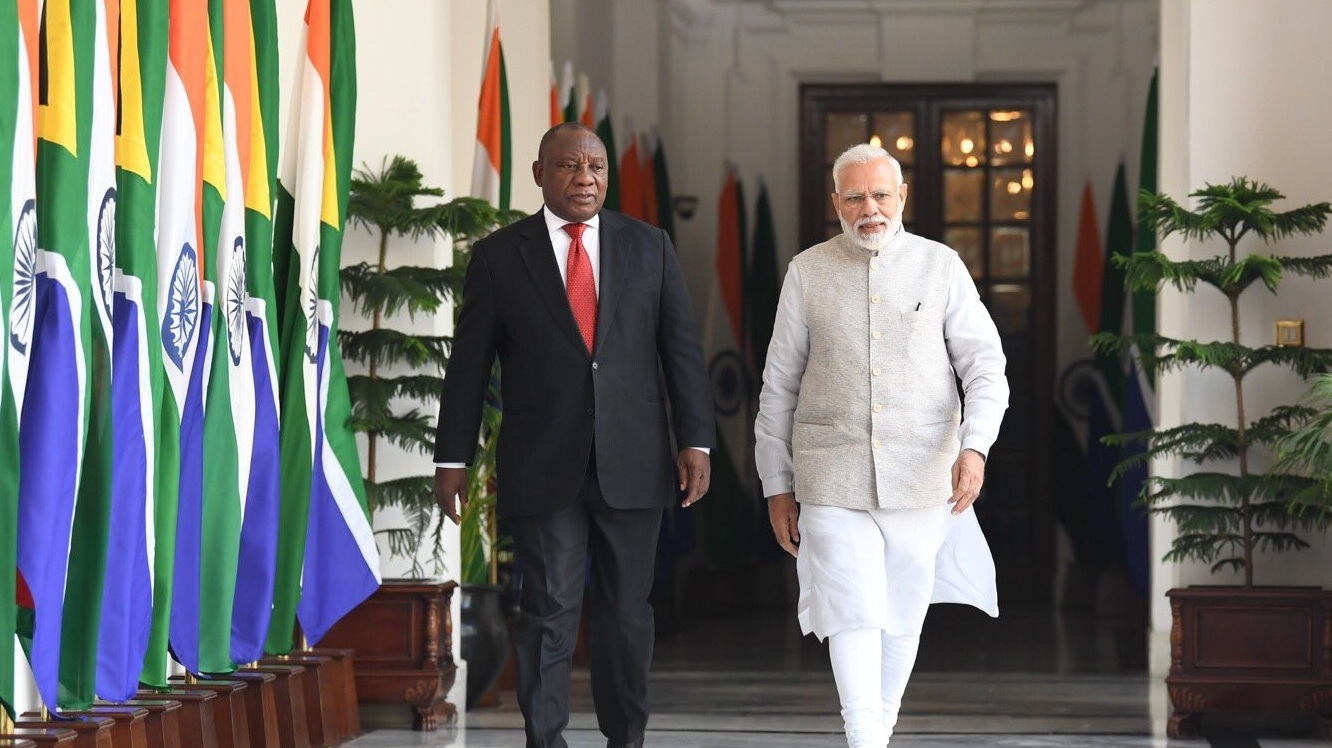 India and South Africa share long historical relations, dating back to as far back as the fifteenth century. It is alleged, for instance, that it was an Indian, who piloted the Portuguese explorer, Vasco da Gama, from Natal to India in 1498 CE. It was not until the late 19th century, however, that Indians migrated in significant numbers to settle, work, and do business in South Africa, one of whom was Mahatma Gandhi who arrived in South Africa in 1893. Many of the early Indians were brought to work in the country by the British who needed high-quality labor to develop South Africa to European standards. During the colonial period, there were collaborations in the fight for independence between the Indian National Congress (INC) and the African National Congress (ANC) in South Africa. Many Indians also filled some of the top positions in the ANC’s struggle against Apartheid, and since 1994, they have held some of the top party and government positions. As of today, there are over 1.3 million Indians in South Africa.  The two countries share a lot in terms of language, democratic politics, similar legal systems, and forms of ethnic diversity. This article focuses on the trade relations between the two countries, indicating the major areas where they have collaborated, and maps the future trajectory of such trade relations.

As South Africa gained “independence” from the Apartheid regime in 1994, India was among the first countries to establish its diplomatic mission, doing so in May 1994. South Africa had established its mission in India in November 1993. The relations between these two countries have largely been very cordial. They share similar values in such areas as a liberal democracy, economic development (both domestic and international), a more peaceful and equitable world order, and the creation of more representative international institutions. In 1995, the two countries established a joint ministerial commission (JMC), whose role has been to cement the political and economic relations of the two countries. In terms of trade relations, the JMC oversaw the signing of memorandums in such areas as information technology, energy, and air transport, among others. The Indian government also supported the policies of former South African president, Thabo Mbeki, who championed the movement towards an “African renaissance” and subsequently the establishment of the New Partnership for Africa’s Development (NEPAD) in July 2001. Similarly, India also supported South Africa’s role in the re-branding of the former continental body OAU into the current African Union (AU) in July 2002.

Trade Partnership between India and South Africa: The Way Forward

Since the formalization of bilateral diplomatic relations in 1993 and 1994, the trade relations between the two countries has gone from strength to strength. For South Africa, India remains its biggest trading partner in the global south. For instance, in 2006, leaders from the two countries signed the Tshwane Declaration, where they agreed that the trade volume between the two countries would treble by the year 2010. Some of the key exports from South Africa to India include gold and other minerals, jewelry, coal, coke, briquettes, chemicals, metals, and paper products. On the other hand, India exports the following items to South Africa: vehicles, petroleum products, iron and steel, cereals, textiles, and pharmaceuticals. Both India and South Africa are since 2010 also members of the BRICS group of countries alongside Brazil, Russia, and China. The BRICS group has been playing a critical role in stabilizing the global economy, rather than leaving this to the traditional G7 countries. Since 2003, both countries are also members of the India-Brazil-South Africa Dialogue Forum, known in short as IBSA. They have used this body to promote democratization and socio-economic development among themselves and in the global south.

These solid foundations have helped to create a conducive environment for future trade or economic relations between the two countries. Firstly, there is a need to reduce the high tariffs on the trade items, with the current average rates pegged at 16 percent. There is also a need to reduce the export and import of natural resources. Value addition (through manufacturing) to natural resources, especially those from South Africa, will assist in fetching high export prices. India’s population of over 1.3 billion could prove to be one of the most reliable markets for South African manufactured products in that sense. South Africa is India’s largest trading partner in Southern Africa, with current figures showing that this amounts to 84.2 percent of India’s trade in the region. Of the Indian products sent to Southern Africa, about 93.3 percent of them are sold to South Africa. South African companies including Sasol and First National Bank, now operate in India. Similarly, Indian companies now operate in South Africa, including Tata Motors, Mahindra, United Breweries, and Dr. Reddy’s, among others. These must be sustained for the good of the economies of both countries, including the much-needed job opportunities to the youths.

The two governments must also “soften” the conditions for establishing businesses, private-public partnerships in businesses, and processing work permits, be they from South Africa or India.  Both countries must also take advantage of their membership in BRICS to play a critical role in economic globalization, especially in the global south where both are key players. They can use this emerging bloc to thwart the threat posed by other global superpowers and the current G7 group. Through their membership in IBSA, they can also call for substantial changes in the areas of global trade, climate change, and global warming, and terms offered by the Bretton Woods institutions or the so-called “Washington Consensus.” As important economic players in global south matters, Prime Minister Narendra Modi and President Cyril Ramaphosa must also ensure that they collaborate on security matters. This will involve the fight against piracy in the Horn of Africa and the Indian Ocean, the proliferation of nuclear weapons, and the fight against terrorism. When these are eliminated, the conditions for south-south trade will be sustained for many years to come.