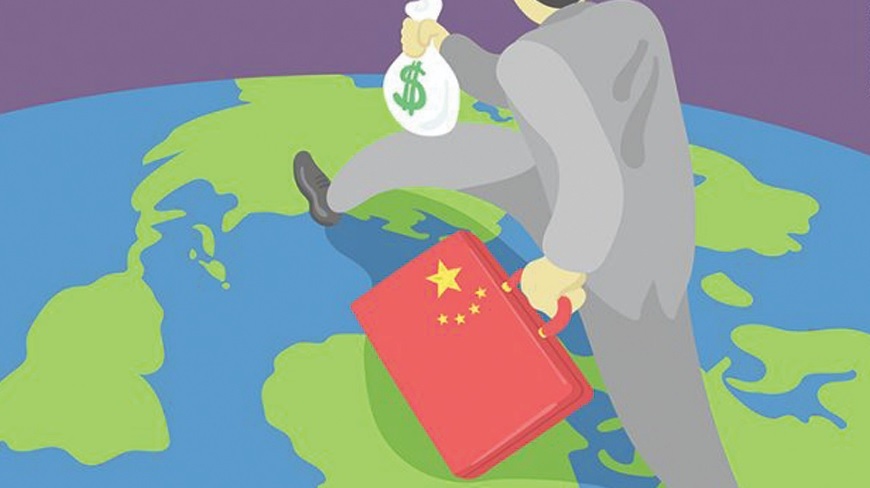 The ‘All-weather-friends’, China and Pakistan commemorated the anniversary of 69 years of companionship this year. As of 2013, with the commencement of the China-Pakistan Economic Corridor (CPEC), the volume of Chinese investments to Pakistan has risen to many corrugations. The conception of CPEC has elicited a lot of attention amongst the academicians, economists, policymakers, critics and tacticians throughout the world. The government of Pakistan observes the CPEC as a tipping point for the nation. Nevertheless, scholars and state economists have diverse acumens. They observe CPEC has little to advance Pakistan’s commerce and trade and they believe the Chinese passageway of not collaborating with regional firms is not helping generate employment opportunities for the Pakistani youth. As per reports, it is understood that China lately seems to have set its footing as a voracious economic player in Pakistan rather than assisting its citizens. Pakistan has always seen China as a major benefactor against India but lately, Pakistan’s foreign policy is at junctures due to the swelling fissiparous challenges that also include the CPEC.

Recently, a panel established by Pakistani Prime Minister Imran Khan to investigate the grounds for the tremendous expense of power supply to Pakistani consumers has raised the hood on corruption concerning private power producers of China in Pakistan. The crouching Chinese panda seems to have ‘honey-trapped’ Pakistan’s colony by making it dry with massive hidden debt roll that is hard to be recovered. The infrastructure projects worth $62 billion under the CPEC that is still under construction in Pakistan are being embroiled in lack of transparency and accountability. There has been a blow between the all-weather friends after Pakistan found out about it’s trusted comrade, China’s lack of glassiness in doing business savagely and perfidiously.

Principal Chinese ventures in CPEC that is under China’s Belt and Road Initiative (BRI) include major projects like the Gwadar port that is the main ingredient of CPEC, the Karakoram highway, the Karot power station, electricity transmission line from Lahore to Latiari, Sukkur-Multan motorway, Orange Line Train in Lahore, Havelian-Thakot project, and Karachi Circular railway that has faced resistance from residents. There are accounts of violations in the CPEC Projects that are under scrutiny due to the interest prices imposed by the China EXIM Bank and China Development Bank. Examiners assert that China will overcome its investment costs in almost two years. However, CPEC can drain Pakistan further through the lease ending-pitch. As per reports, under CPEC’s 19 initial intakes of projects where China has financed on record of bank loans, Pakistan is expected to repay $100 billion to China by 2024 of the total expenditure of $18.5 billion. Pakistan has been facing similar circumstances of debt trap just like Sri Lanka that had to barter debt with investment and hand over the charge of Hambantota port to the Chinese for a lease of 99 years. The CPEC position seems to be heading in the likewise direction as the Hambantota port. The development of CPEC has come under massive pressure for Pakistan, which as per analysts is anticipated to grow into a long-spun uncertainty for Pakistan’s economy that is on a brink of bankruptcy.

China became the most consequential mutual lender to Pakistan, outdoing Japan. But while China has been charging 1.6% interest on the roadway projects in Pakistan under CPEC, Japan’s bullet train deal with India through the Japanese International Co-operation Agency (JICA) has provided a soft loan of 88,000 crores for the bullet train project for over the next 50 years at an annual interest rate of 0.1% which is rated to be one of the best deals for India at such ‘low’ interest compared to how China lends out loans to other developing nations.

Post-COVID-19, the subsequent Chinese debt has endangered many developing countries as the international economy is hampering and the stock valuations are nose-diving. Also, as per reports, an approximated $200 billion of growing investment liability in the current times owing to China has gone unregulated in sanctioned statistics. Many nations such as Tajikistan, Kyrgyzstan, Venezuala, Sri-Lanka and various nations in Africa are already suffocating in enormous debt jeopardies through Chinese ventures. As per IMF, The commercial loans of South Asian countries that need to repay to China stand around $6.7 billion in the subsequent years through 2022. Pakistan appears to have befallen into the cavity of China, as it needs to repay China double the amount it owes IMF. Pakistan has pledged nearly 90% foreign debt from the Paris Club, IMF and other occidental institutions to solve its debt predicaments. The horrifying situation of Pakistan state debt has reached a distressing scaffold. The economy of Pakistan was already in hodge-podge for many decades even before the COVID-19 lockdown.  The public debt of Pakistan is considered to be 40 trillion as of December 2019 and Pakistan’s GDP growth rate is calculated to be 2.4% by 2021, that will be the flattest in a decade.

Along with the subsequent debts, the perpetual quandary of Pakistan is its bulky military investments, corruption-dyed in the wool and lack of accountability. There has been a sharp hike in gas, fuel, consumer and food merchandises and power supply rates. The stocks of quintessential food commodities have faded from the market and a drastic curtailment of supply is observed. There has also been a surge in the prices of indigenous grown food items lately that has led the Pakistan government to implement emergency measures by earmarking immense funds to battle the food crisis. Pakistan will proceed to get more impoverished and more buried in debt after it has been procuring more and more to meet its expenses. The wheat and sugar supply has also been hit despite Pakistan being capable of feeding the nearby nations too. The situation has become more alarming after Pakistan raised loans through automobiles, airports, and television stations etc. at 8.75% interest rate that has further affected the Pakistani citizens.

A Chinese Professor from Beijing University made it clear that ‘CPEC is not a gift’. China has been seen as a loan swindler today due to its neo-colonial gambit. There are also prognostications that Pakistan will be wiped out of the world map in the coming years which seems to be already happening in the hands of the Chinese under the CPEC debt trap as China is using its expansionist tactics due to its rapacious craving for land grabbing that could end up making Pakistan a colony of China in the near future. China appears to be in the process of gaming up to alter Pakistan into its permanent possession where the CPEC projects are nothing but hidden debt rolls that China is using as an opportunity. China sure knows what it brings to the table and the ‘Chinese debt relief’ that is making news, is yet another weightless strategy by China that might not be of much help in solving the heavy debt crisis in Pakistan and other debt-trapped nations.