Is the Middle East becoming a hub of Artificial Intelligence? 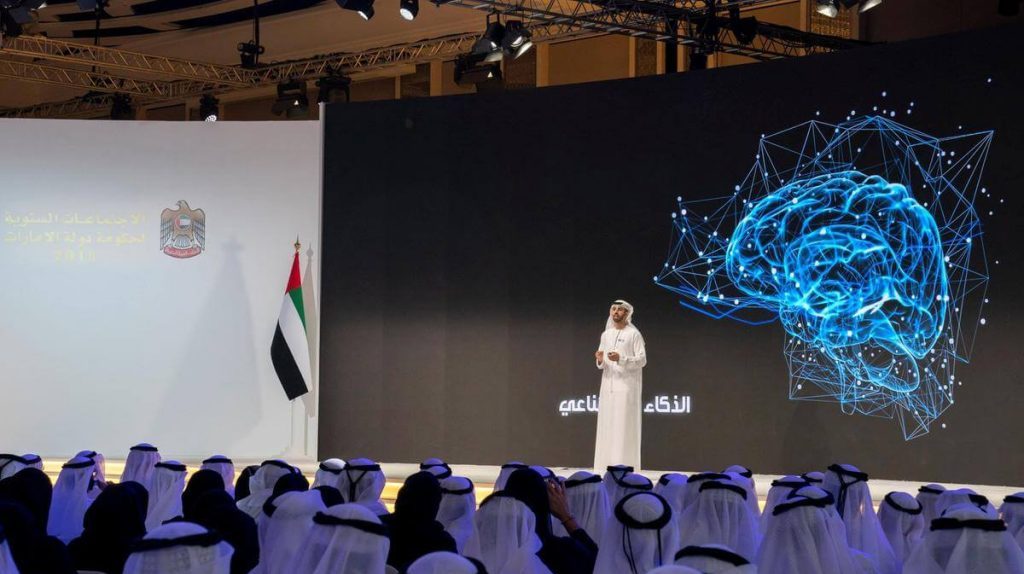 Artificial Intelligence (AI) is an amazing fusion technology which integrates the physical and digital sphere with human intelligence. In simple words, AI is the simulation of the human intelligence process of sensing and comprehending with machines to perform human activities in many spheres of life. AI is set to change the profile and character of jobs by 2030, as around 70 percent of our existing jobs are predicted to be taken over by an AI-driven process. Thus, the future of nations depends on their adoption and adaptation to the AI. This AI revolution is fast enveloping the region of the Middle East and AI is at the core of their economic diversification and post-oil economic vision. It is estimated that the region will dramatically lead in this field and AI would add more than $300 billion to their economy.

As the biggest economy of the region, Saudi Arabia, with 70 percent of its 33 million population below 30 years has huge potential to boost its AI pursuits. Saudi Vision 2030 is set in the vision of technological advancement of which AI forms the keystone. To boost its AI drive and create awareness, Saudi Arabia made history by giving citizenship to the Robot, Sophia. The country is to host the AI International Summit on the 14th and 15th of September, 2020. The Summit, with its tagline, “Shaping the future of AI, together” is the world’s premier platform for dialogue of all stakeholders from government, academia, private sector and relevant companies and start-ups in the field to shape an inclusive, equitable and safe future. Establishment of the National Centre for Robotics Technologies and Intelligent Systems, Robotic services in Education Ministry, MiSk Academy for digital programming and AI training, the Prince Mohammed bin Salman College of Cybersecurity, Artificial Intelligence and Advanced Technology and “Smart Pharmacy” in hospitals, in consonance with the Vision 2030, is in the direction to realise its dream of becoming ‘Silicon Valley of the Middle East”. The NEOM smart city project in Tabuk province to be completed by 2025 is a farsighted vision and living laboratory and hub of an AI-driven self-reliant model for a new future of technology and digital life.

To reap the dividends of this new race, the prosperous and enterprising Qatar has embedded AI in its Qatar National Vision (QNV) 2030 as an enabler to achieve its targets. In February 2018, the Qatar Centre for Artificial Intelligence released a National AI strategy to create a domestic AI ecosystem and integrate them into business, government, society and military with due consideration of issues of ethical concerns and security.

The New Kuwait Vision 2035 is also basing its targets on AI applications and integration in every sphere of activities. The symposium organised by the Kuwait Foundation for the Advancement of Sciences on the “Promise of Artificial Intelligence: Present and Future” broadly delineated the future course of AI adaptation and integration in the country as a sure catalyst of shaping society, business and education.

Bahrain is one of the fastest-growing economies and the first Gulf state to liberalise its Information Technology sector to usher into a post-oil economy. Its major central authorities like the Information and eGovernance Authority, Tamkeen, Central Bank of Bahrain and Economic Development Board are in highly active pursuit of AI and robotics application and adaptation. The National Space Science Agency established in 2018, planned to launch its first artificial satellite with the objective of monitoring gas emissions in the country with its AI-enabled capabilities. The Bahrain Polytechnic Academy of Artificial Intelligence is the first AI education and training platform in the region.

However, Israel is the smartest, with its large AI start-ups, the third nation in the world after the US and China in startling AI creativity and innovations. Its AI-enabled defence industry is marked ahead in the world. Its multi-mission unmanned ground vehicles (UGVs) are an unprecedented security surveillance solution that not only reduces casualties and requirement of personnel but also facilitates such operational benefits as deterrence, risk tracing, warning, threat identification and destruction. Israel is the leader in AI-enable ‘Special Mission’ Intelligence Aircraft, a futuristic lead in an increasingly digitized warfare and battlefield. The innovative nation is in fast pursuit of automation in every sector of economy, infrastructure and governance.

Turkey finds Artificial Intelligence as the most awaited opportunity and pursues it as an urgent priority. It has made a major investment in AI promotion and its astute AI-enabled UAVs have made Turkey a rising credible drone power. Data and Artificial Intelligence Centre of Turkey is at work to push the AI adaptation agenda in the country.

The oil and gas industries in the region are making a major investment in the application of Artificial Intelligence for enhancing operational efficiency, cost reduction, predictive data intelligence, safety up-gradation, offshore resource findings, automation of risky activities and security network. This is sure to maximize and optimize their efficiency and revenues and ensure the requisite competitiveness in a fast-changing technological environment.

However, apart from an effective pandemic response at the moment, the region needs pragmatic conflict resolution, calming of violent spots, the futuristic education system for building AI capital and human resource development. To cap, political reform for a resilient and responsive political environment is the necessary pre-requisite for equitable application and dividend of AI and for its sustainable momentum what only can make the region a true hub of Artificial Intelligence.