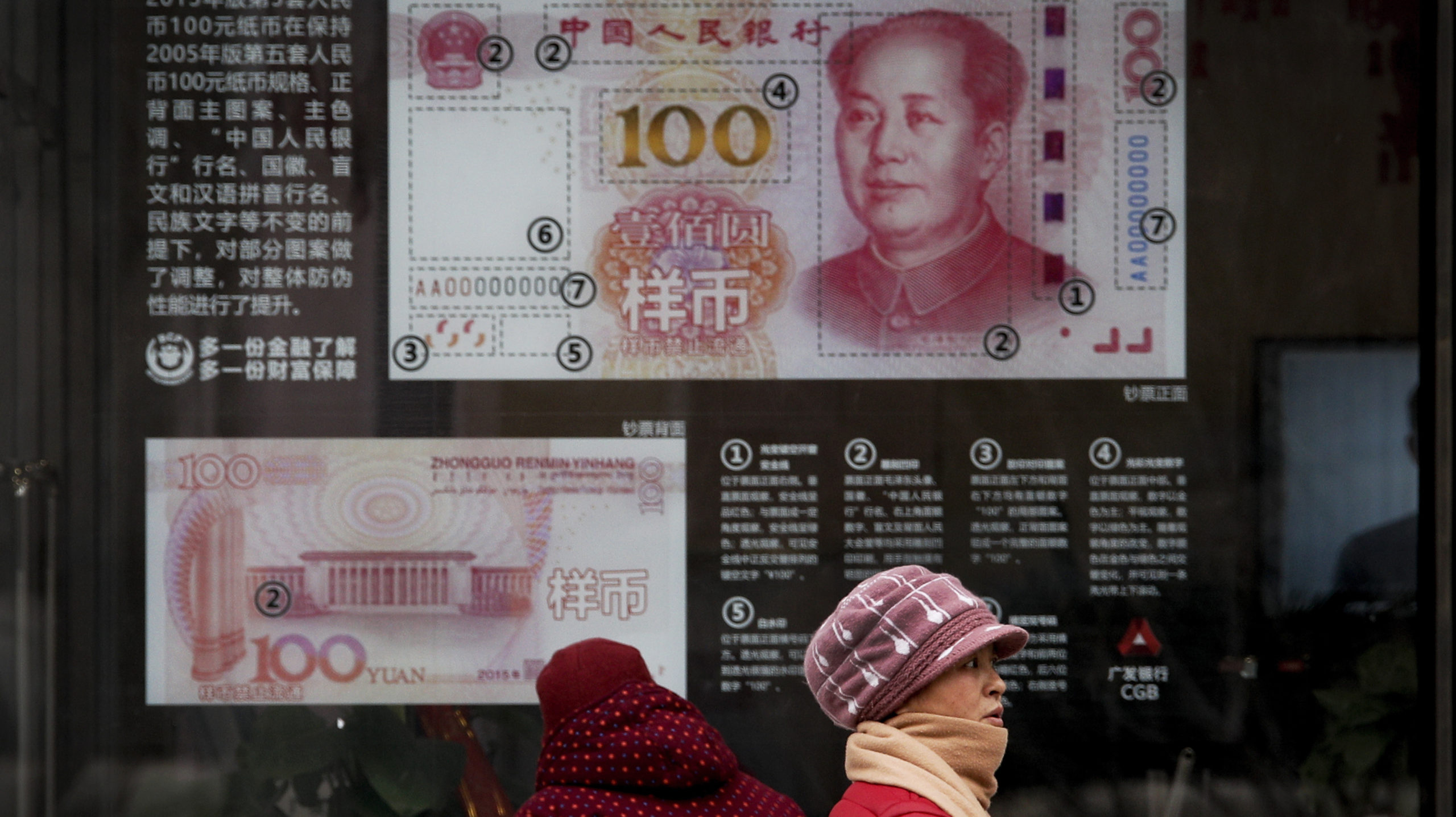 The sovereign digital currency commissioned by the People’s Bank of China (PBoC) is expected to launch by this year or the following year. The digital Yuan-DCEP (Digital Currency Electronic Payment) is created with Cryptographic technology and blockchain. This digital currency will be utilized to revive daily banking activities like the deposits, transactions and withdrawals from a digital billfold. China being the second-largest economy in the world, economists consider that China might subsequently bring new international mandate that may end the occidental nations’ monetary dominion. The COVID-19 may be a spur for expediting contactless transactions and payments because of the panic that banknotes can give COVID. Apparently, China had planned to launch the digital Yuan before the COVID-19 but now the authorization could be more electric because of the safer mode of transactions compared to the hard cash where one might have the probability of catching the virus.

The Yuan is still ranked as the 8th most bartered currency globally due to heavy capital curbs, restricted international holdings of securities and investments and the lack of transparency of its monetary system. However, the digital Yuan is the first Central Bank Digital Currency (CBDC) in the world that is under the PBoC. The foremost purpose of digital Yuan is to enhance the revolution of Yuan and its global outreach. The digital Yuan constitutes the aqueous mode of currency supply that incorporates notes and coins in the distribution in the society recognized as ‘MO’ in the digital mode. Some of the common payment methods used in China are Tencent’s ‘We Chat’ pay and Alibaba’s ‘Alipay’. The understandings of health exemplars and the expense associated with the issuance of paper currency could be enhanced with the choice of digital money. China is using digital Yuan as a critical means in its crusade to rise. The Yuan eventually wants to challenge the U.S dominated economic and political order. The central bank of China proposes to utilize big data to examine transactions and form more specific monetary arrangements. China’s launch of digital money is also in persuasion with its prime management drive to globalize the Yuan and promote reserve currency standing if the digital payment method that comprises of trans-frontier returns for the value within e-commerce by other nations.

Examinations of the digital Yuan has already commenced in China’s four cities. The digital Yuan, which is still in the nascent stage, can unearth its way abroad, through the Belt and Road Initiative (BRI) in the near future. China attempts to possess its proposed sovereign digital Yuan by the 2022 Winter Olympics. Chinese President Xi Jinping had previously accentuated on the necessity to promote Artificial Intelligence and 5G technologies at a grand range and has attributed to the following as the ‘new base’.

China is unquestionably attempting to expand the performance of the Yuan. This is already visible through the establishment of China sponsored Asian Infrastructure Investment Bank (AIIB) and International Monetary Fund (IMF) allowing the drawing of the Chinese Renminbi as a vital element of its special drawing rights (SDR) currency. AIIB is held as a possible adversary to the World Bank and IMF and as COVID further bequests the World Bank and IMF with overcharged funding requests, China has more shots to reinforce its status as a contributor and push nations to expand Yuan assets. This also gives China an opportunity to interact within various currency frameworks where the dollar may spring to wane. A digital Yuan will try to compete with other crypto currencies as both will attempt to soar and meddle the current monetary consensus.

Many countries are contemplating to expand digital versions of their currencies, to hit a bull’s eye on the U.S. dollar’s domination on the international frame. European nations like Italy looking at China and other countries are espousing the idea of digital currency. The Italian Banking Association is preparing to steer a digital version of the Euro.  The arrival of digital currencies will diminish the ability of U.S. embargoes and will also thwart the strength of U.S. officials to trace illegal monetary moves. The PBoC has previously established ‘Yuan clearing banks’ in many nations such as Russia, Singapore, South Korea, U.K, France, Germany, Japan, and the U.S to promote economic allies to utilize the Yuan as a hard currency.  The Yuan Cross-Border Interbank Payment System, offshore markets has already extended quicker Yuan exchange. According to reports, the Chinese leaders are also planning to develop an “East Asia digital currency” soon.

China for more than a decade through policy measures such as dim sum bonds has attempted to stimulate internationalization of Yuan by also blending Yuan covenant projects with ASEAN, Macau, and Hong Kong. Nevertheless, this can be seen as the forerunner to China’s next moves to placing the Yuan as a top-ranking reserve currency for the world. The digital Yuan is also of strategic value in the post-COVID world. China is possibly going to use the digital Yuan for its two-sided trade. Its new trade accord with Pakistan proposes plans by making payment transactions with their respective national currencies and siding the U.S. dollars.

Before the dollar became the prime reserve currency in the world, in the 19th centenary during the zenith of the British Empire, the British pound was the Chief reserve currency. It played a prominent role in global commerce and trade and also as a stalwart determinant for the rise and continuance of Britain as an Expansionist Empire. But as British journalist and scholar Martin Jacques concludes that China’s massive economic power will profoundly modify the political and cultural panorama of the coming world, the digital Yuan can disrupt the post-Bretton Woods system of hovering exchange valuations that has existed since 1973. It could also affect the usual banking operations. Though it is highly unlikely that Yuan can become the prime reserve currency in the 21st century due to the lack of transparency in its monetary system, the digital Yuan will have large geopolitical implications for China and the world.