The Precariousness of the Israel-China Co-operation 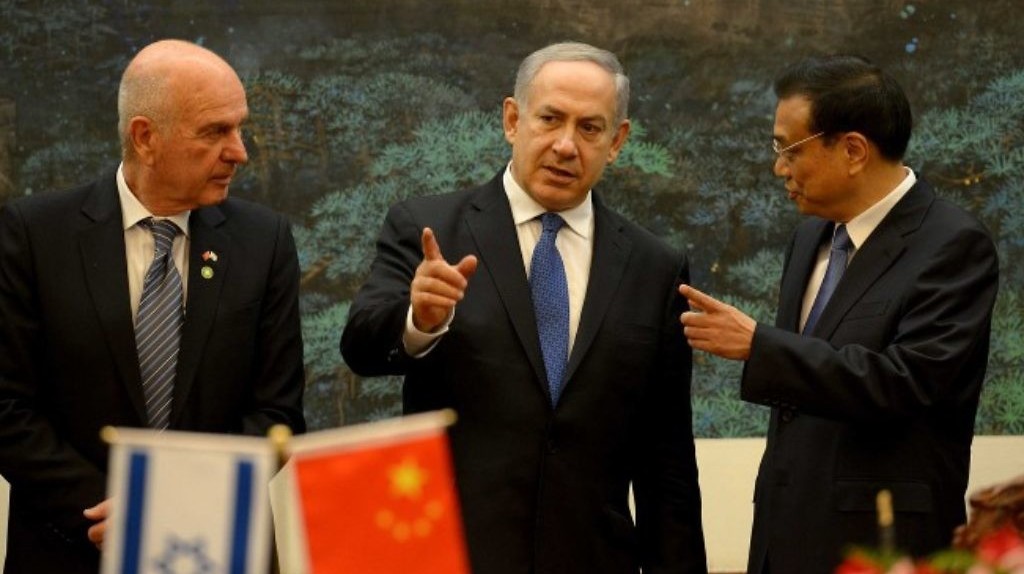 One of the most startling diplomatic ties that have in recent years gained global traction is the Israel- China partnership. China has been proactive in developing ties and improving cooperation with key U.S allies. Beijing’s outreach to the European Union as well as Israel explains its ambition of establishing a partnership hegemony to nullify U.S influence in key Chinese areas of interest. China and Israel officially established their diplomatic ties in the year 1992. But Israel and China had begun extensive military cooperation as early as in the 1980s, even though no formal diplomatic relations had been forged.

In the last two decades, Beijing and Jerusalem have significantly increased bilateral trade, and also under Prime Minister Netanyahu Israel has agreed to join China’s Belt Road Initiative (BRI). From securing operational ownership of the ports to developing railway lines in greater Jerusalem areas China has been wanting to make its middle-east presence felt. In 2017, during a state visit to China Netanyahu said the Israel-China partnership was a marriage made in heaven.

But in the backdrop of COVID-19, this relationship has ventured into a storm. Israel is married politically to the United States, and its relations have gotten deep with U.S. President Donald Trump. Israel has long sought to maintain cooperation with Beijing while avoiding specific acts that provoke Washington.

In the last couple of years, the Trump administration has expressed its displeasure about the increased Chinese investment in Israel. The U.S has protested with its Israeli counterparts about the profundity of Chinese involvement in Israel. The COVID-19 has only amplified the U.S resolve to hamper Chinese advancements in Israel. China seems to have challenged the U.S-Israel bonhomie on strategic, commercial, and technological fronts.

China sees Israel as one of its gateways into the middle-east and its polity. The turbulent region with Chinese participation will give rise to new dimensions of powerplay between Beijing and the U.S. The U.S had until recently ignored Beijing’s civil engagements with Israel, but China under Xi Jinping has employed a wolf-warrior foreign policy. China has been long wishing to bring state of the art technology to its dispensation to fulfil its tactical needs. China through the BRI is trying to expand its economy, political prowess, and technological acumen. China somewhere believes its ambitions can be easily achieved if it develops a strategic partnership with Israel on the lines of the U.S-Israeli cooperation. These intentions of China have bothered the U.S. Adding to the American woes of keeping China away from the Jewish state is China’s aggressive investments in Israeli infrastructure projects like the development of the Ashdod port and the operational ownership of the Haifa port.

The U.S concern is to some extent valid China’s working policies frequently erase the line between private and state interests, meaning that the Haifa port could serve some Chinese strategic purpose. The widespread speculation that if China were to secure operational control of the Haifa port the U.S. navy would be forced to alter its close relations with its Israeli counterparts. As Israeli submarine base is docked at the Haifa port and given the security and intelligence sharing between the U.S and Israeli armed forces, the U.S is sceptical about Chinese presence at this port. The U.S senate too weighed in on this matter who conveyed to Israel that the United States would find it difficult to be friends with a country for whom China was building ports.

Also, another critical aspect is any sort of Chinese-Israeli trade or technology transfer agreement would be a big event which would increase China’s political stature globally. China would presumably get easy access to the Israeli high-tech sector. The Silicon Wadi of Israel offers great opportunities to the Chinese economy, and also advanced technology that could enhance China’s capabilities in surveillance. Not to forget the U.S-Israeli technological advancements are almost mirror images of each other. Also, any trade agreement would allow Israel to drift towards China for economic purposes. The bilateral trade between Israel and China has already exceeded USD 13 billion making China the second-largest trading partner of Israel after the U.S. So, China playing catch up with the U.S in Israel threatens the U. S’s strategic leverage in the whole of middle-east.

China’s secretive and non-transparent handling of COVID-19 has further riled the U.S and the Trump administration has left no stone unturned in making China pay. An example of this was the U.S secretary of state Mike Pompeo‘s unprecedented short trip to Israel on 13th May 2020. One of the main reasons for his visit is touted as discussing China. The US and Israel share some of the most sensitive intelligence. The US is concerned about China building most of Israel’s infrastructure like roads, trains, tunnels, ports. The U.S suspects China would eventually get access to the lines of communication through which Israel and the US share intelligence. Pompeo’s visit in all probability was to convey the above in strong terms and his visit did have some effect when Chinese infrastructure firm Hutchison Water’s bid to build the world’s largest seawater desalination plant in Israel was rejected allowing IDE Technologies a local Israeli firm to carry out the project.

Pompeo’s visit is a part of President Trump’s re-election strategy to pound China in every avenue of the U.S interests. The growing pressure from the US on Israel marks an escalation of the heightened squabble between Washington and Beijing over the outbreak of COVID-19. But the fact that Israel is now less dependent on American aid has weakened the power of American resentment. Compelling Israel to follow the U.S dictate could potentially generate a sentiment of U.S colonialism among a few segments of the Jewish population. In the COVID era, strategic partnerships are being reformed and China would only like to go strength to strength with Israel given the realignment of the world order.

The U.S in 2005 had managed to force Israel to scrap the agreement with China to sell Harpy anti-radar missile system which had ultimately resulted in Israel terminating defence trade with China. But 15 years down the line things have changed rapidly, Beijing’s lucrative proposals for Israeli businesses make it think twice before censuring China as wanted by the U.S. American sway still carries unparalleled muscle in Israel’s power establishment, but the U.S cannot undermine the depth of Israel-China cooperation and keeping the Jewish country out of China’s ambit indefinitely seems to be half-witted.

Beijing’s non-interference in Israel’s internal and external disputes makes it a good fit for Israel to enhance its partnership. Israel too by remaining silent on China’s persecution of the Uighur Muslims has returned the favour of China’s silence in the Palestine conflict. Another fact is that Israel of today has a pragmatic approach in forming trade and military alliances as its main priority lies in safeguarding its interests.

Israel embracing China comes at its own risk, for now, Israel has not fallen in the Chinese debt trap like Cambodia, Sri Lanka, and Pakistan. At the same time, China’s intolerance against criticism by its international trade partners like Australia about handling the COVID-19 pandemic indicates the dominating and unilateral nature of China in managing and regulating cooperation with its partners. Israel to some extent is aware of the Chinese designs, but it will take a significant change in the foreign policy of Israel to pivot towards China which seems unlikely in the near future. For now, Israel-China would like to continue with the age-old principle of “states having no permanent friends or enemies but only permanent interests”. But this trichotomy of the U.S-Israel-China partnerships will only complicate matters creating more distrust in the troubled Middle-East region.