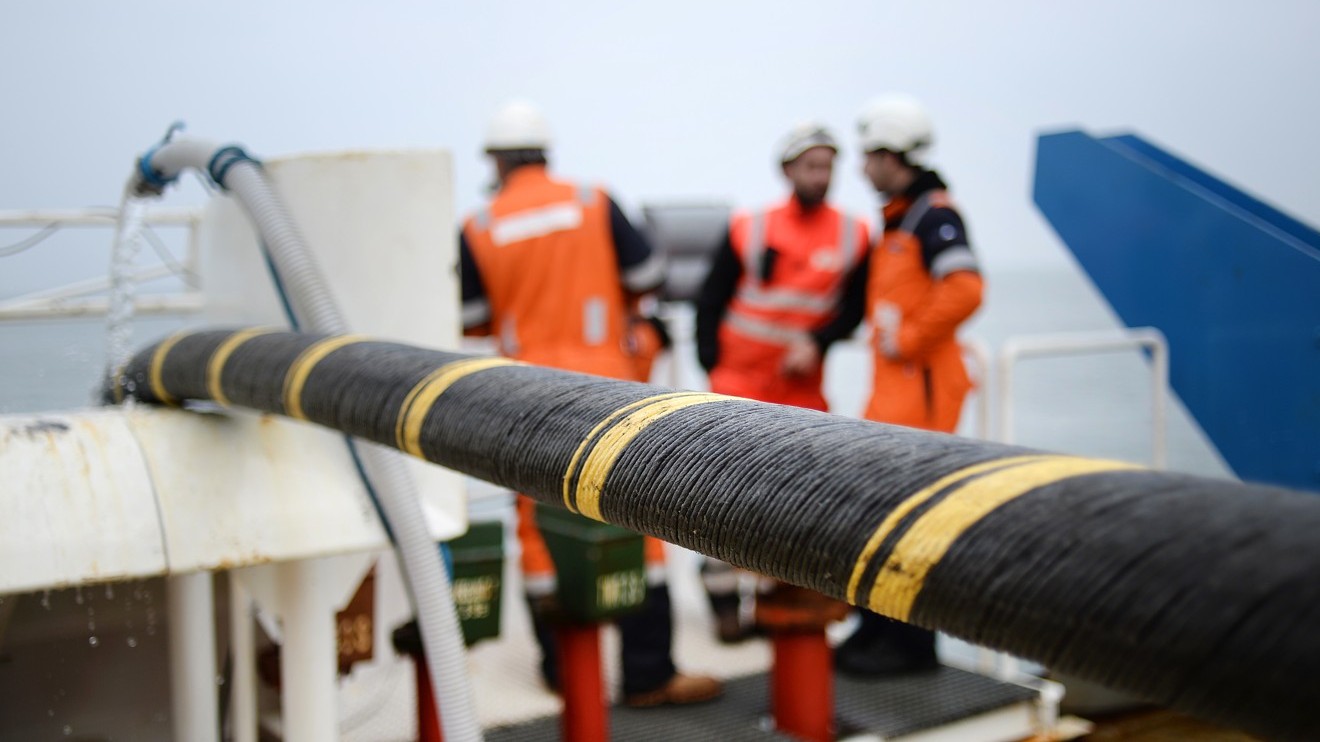 The world in the last few years has come out of age with external policies impacting the domestic functioning of any major country. Similarly, since the days of the U.S-Russia cold war securing strategic assets across the world has been the utmost priority for countries wanting to gain advantage or showcase their prowess in consolidating their strengths. Similarly, the Submarine Communication Cables are the new strategic assets in the oceans that could be the flashpoint for geopolitical tensions. Submarine cables serve as communication channels between land stations and are laid through the ocean and sea beds, thereby connecting various communication grids. These cables have now become part of the critical infrastructures crucial for national security.

The global digital connectivity relies upon many fibre optic cables lying beneath the Atlantic, Pacific, and Indian Oceans. People generally believe that their international communications are carried via satellite links. The truth is that more than 99% of transcontinental Internet traffic goes through these connecting cables; these are the lifelines of any country’s communication grid empowering its business and economic operations. The submarine cables are critical technology infrastructure and any easy access to govern and manipulate these will virtually put a country in a driver’s seat of technological superiority.

The entire submarine cable network is a state-of-the-art arrangement for faster communication under the Global Undersea Communications Cable Infrastructure. But this network has its weak points when they converge at specific zones. These are critical as any damage happening to these convergence points will have a huge outage and connectivity crisis across the globe. There are mainly three cable chokepoints, the first is in the Luzon Strait, the second in the Suez Canal-Red Sea-Mandab Strait passage, and the third is in the Strait of Malacca.

There are critical international cables running east-west in the Strait of Luzon between Taiwan and the Philippines, communication lines between South-East Asia and the rest of the world rely on this path. Cables in large numbers through the Suez Canal-Red Sea-Mandab Strait passage between Yemen on the Arabian Peninsula and Djibouti and Eritrea in the Horn of Africa are main connectors serving as a channel of a communication network between South Asia-East Africa & Europe. Lastly, numerous cables also run through the Strait of Malacca between Singapore, Indonesia, and Malaysia into the South China Sea linking communication lines up to Japan.

Social media traffic, critical banking settlement networks like SWIFT services and cloud server farms for data retrieval, etc all are made possible through these submarine cables. With enabling transactions and operations worth Trillions these are invaluable assets for the greater good of the world and development of countries. But with changing dynamics of geopolitics these assets can make or break an arrangement conducive to a country’s economy and security. Especially in case of physical conflicts involving the military and also in situations like full out war any damage or cutting off this cable infrastructure could lead to near-total communications blackout that could adversely impact the involved parties of the conflict as well as the rest of the world. Hence the national security and digital safety of nations become sacrosanct towards securing the cables passing through the territorial waters of countries making use of the underwater cable services.

The vulnerability of major powers to cyber-attack makes the monitoring of the huge network of water cables a humongous task and also trust deficit between them only contributes to more tensions. For instance, the U.S is concerned about Russia’s proliferation capabilities in interrupting global internet traffic communication by slitting undersea cable networks in the event of a conflict with the West. Also, Russian submarines carrying out espionage activities on the U.S by tapping the cables and spying over critical information concerning Washington’s interest worry about the security establishment of the U.S.

In addition to the rise of China in the Asia-Pacific communications arena, Chinese companies have rapidly expanded activity around submarine cables, both on the supplier side and the purchaser side, through Huawei Marine. The Chinese Exim Bank also has been proactive in financing several underwater cable projects in developing countries like Papua New Guinea. Huawei Marine, a collaboration between Huawei and a subsidiary of U.K. firm Global Marine Systems established in 2008, has been active around the world, particularly in Africa in laying of underwater cables. The very fact that China has built a naval base in Djibouti indicates Chinas’ plan to monetise its capability in monitoring internet traffic of North African countries and South Eastern Europe that passes through Suez Canal-Red Sea-Mandab Strait. China’s investment in Cyber infrastructure here comes as the region surrounding Djibouti is just starting to come online, including some places that are entirely reliant on Djibouti as a transit point for data transmission and China could leverage this point of connectivity for espionage as well as safeguarding its vested interests in those regions.

Similar to other concerns around the rapidly expanding influence of Chinese firms globally, including Huawei’s rise in next-generation 5G wireless networks, there are concerns that Huawei would be subject to pressure from the Chinese government to facilitate espionage or build in security vulnerabilities. The cable infrastructure investment also conveys China’s broader strategy to expand its global influence. These factors have troubled U.S and few of its N.A.T.O allies as these put them in vulnerable situations that they have not been used to. It’s not immediately clear if Chinese interest in submarine cables are purely for soft-power projections, or installations of powerful tools potentially leveraged for political abuse, undermining cybersecurity, and enabling espionage.

The uncertainty around the intentions and track records of countries like Russia and China give rise to policing of strategic interests in the marina. Asia Direct Cable (ADC) Consortium, on 11th June 2020, announced that it is connecting the Philippines, China (Hong Kong and Guangdong Province), Japan, Singapore, Thailand, and Vietnam via a 9,400-kilometer submarine cable through the South China sea. This would act as an enabler for the Chinese to patrol and justify their territorial claims in the disputed regions on grounds of protecting its vital interests at the same time misuse of this network by China would be a concern in the already troubled waters.

The submarine cables will play a great role as leverage to start or end conflicts. With the fifth-generation warfare gaining more attention from the world the road to supremacy in cyberspace will go through these cables. Whichever country secures its cable interests will come out as a major power, as continuity and normalcy of the world rely upon these underwater networks. The potential in these cable networks to cripple any given country’s operational capability will naturally gain more traction from its adversary. These assets naturally become strategic in nature for all major powers thereby giving the cables a tag of sovereignty.