Impact of COVID-19 on the Automotive Industry 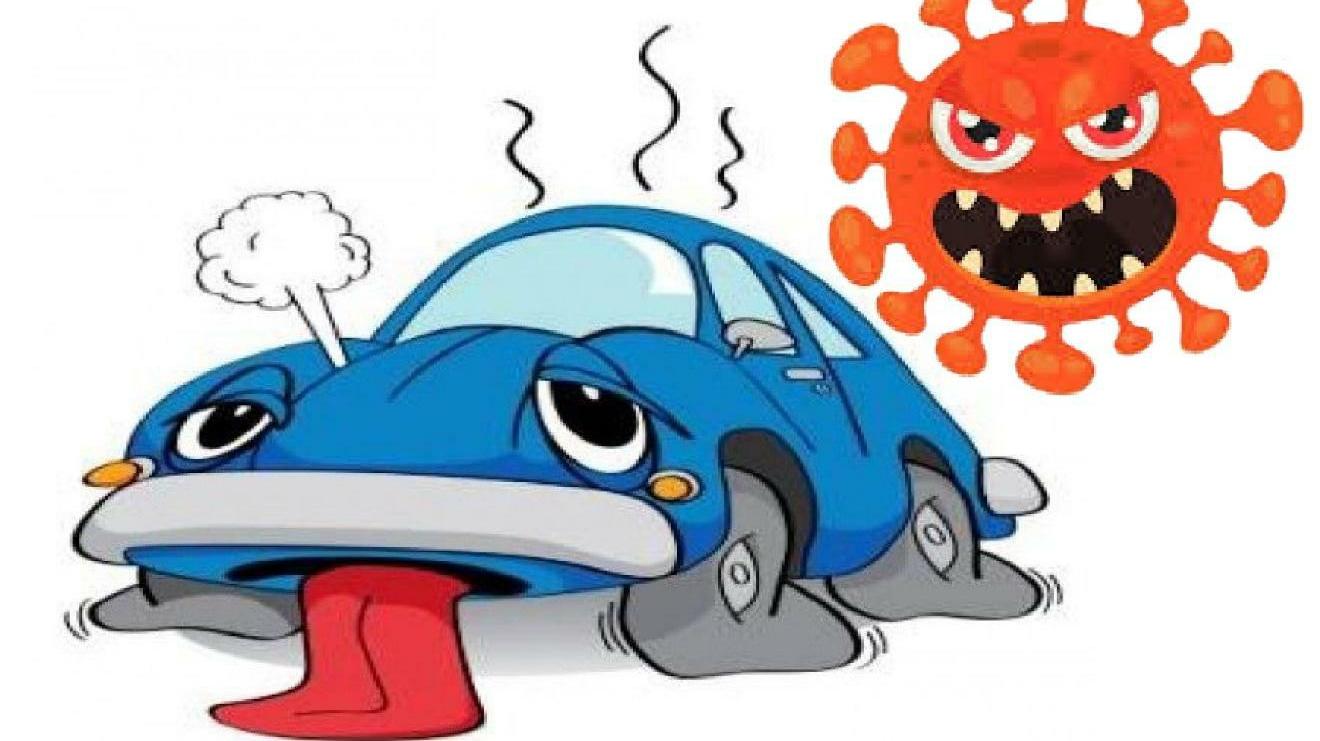 A car or automobile is a wheeled vehicle that is used for transportation either for public or private use. Previously, people used animal-drawn carriages and carts but that took longer travelling time. That’s why it became easy for people to travel long distances with the help of a car. Cars became popular during the 20th century and Benz Patent-Motorwagen was the world’s first car invented by a German inventor – Karl Benz in 1886. Since then, the automobile industry has started manufacturing cars in various parts of the world. Ford was the first company to manufacture the Ford Model T in 1908, which was the most affordable car in America and was used by a maximum number of people during that time. Since then, many companies like Toyota, Volkswagen, Hyundai, G.M., Nissan, Honda, Fiat, Renault, PSA, Suzuki, etc., started their car manufacturing business. Manufacturing of cars is done either manually with skilled workers or using robots and it differs from company to company. Some companies like Mercedes-Benz and Tesla use robots for the production of their cars but on the other hand, Rolls-Royce Motor Cars Ltd. manufactures its line of luxury cars with the help of its skilled workers and engineers. Such companies also manufacture other types of vehicles like trucks, buses and vans. However, because of global catastrophes, the economy of the automotive industry could be horribly affected.

Any vehicle production involves designing, development, manufacturing, marketing and selling of vehicles. Designing is basically done by automobile engineers and artists. After designing a vehicle, the team of an automotive company plans about the manufacturing process and this comes into the development stage. The company decides how the manufacturing will be done and whether it will require sophisticated robots, how many workers will be needed and how many vehicles to be manufactured in a day. After everything is planned, the manufacturing process starts and during this process, the required materials are delivered to the factories from various suppliers. Most of the parts and materials required for manufacturing vehicles are imported from various countries like China and Japan. After starting the manufacturing process, the company starts the marketing of its vehicles through advertisements and social media campaigns. The selling of a vehicle depends on the marketing strategies and its demand. In today’s world, various types of vehicles are manufactured and they are powered by petrol, diesel, gas and electricity (battery-powered) also. Most private vehicles like family cars, use petrol and give better mileage. Diesel-powered vehicles like trucks and buses are used to carry heavy loads because a diesel engine is more powerful than the petrol engine. As diesel is cheaper than petrol, it’s economical too. Besides heavy vehicles, some cars also use diesel but such cars are not suitable for family, because even though diesel is cheaper, the maintenance cost of a diesel engine is higher than the petrol engine. That’s why such diesel-powered cars are most suitable for longer rides on a daily basis and can be used for commercial purposes, like a taxi. Gas-powered vehicles like CNC buses and cars are also manufactured and could give better mileage and fuel economy, but such vehicles can only be used within the city where such gas stations are available. Similarly, electric vehicles, powered by a rechargeable battery also need a charging station but such charging stations are not available in every country. That’s why some companies have manufactured hybrid cars that could run both on fuel and battery. Such hybrid or electric cars can give a better fuel economy but are way too expensive. In the US, cars like Tesla cost around $77,000 and charging stations for such cars were also deployed in various places, across the country. Hydrogen is also another fuel that can be used to power-up the vehicles, and hydrogen-powered cars will become the future of the automotive industry.

Toyota Mirai is one such car that uses hydrogen as fuel, but this car has not been used everywhere because of the lack of hydrogen refueling stations. This car is being used mostly in the USA and Japan because the cost of the car is not affordable in other developing countries, and also because the refilling stations are available in such developed countries only. The hydrogen society of Japan has aimed to introduce more hydrogen-powered cars in the country, to improve the economy and environment of Japan. Around the world, there were about 806 million cars and light trucks on the road in 2007, consuming over 980 billion liters of fuel yearly. The automobile is a primary mode of transportation for many developed economies. Therefore, using efficient fuel technology can help improve the economy and environment also.

Manufactures and their dependencies

A vehicle is manufactured using various parts and most of them are made in the same factory but some are imported from other countries like Thailand, South Korea, Japan and China. Companies like Chevrolet, Skoda, Volkswagen, Honda, Nissan, Renault, Audi, Toyota, Suzuki, Ford, Volvo, Jaguar, etc., have a joint venture with Chinese automobile manufacturers like SAIC, Dongfeng Motor Corporation, FAW Group Corporation, Chang’an Automobile Group, Geely and Chery. Such Chinese manufacturers can manufacture cars and also supply parts for the partner company. Therefore, if any problem is encountered by any of these Chinese manufacturers, then the manufacturing of cars by various factories of the word could be affected.

In India, the automobile manufacturing industry is evenly divided into three “clusters”. Around Chennai is the southernmost and largest, with a 35% revenue share, accounting for 60% of the country’s automotive exports, and it’s the center place for the manufacturing of Heavy Vehicles Factory, Engine Factory Avadi, Ford, Hyundai, Renault, Mitsubishi, Nissan, BMW, Hindustan Motors, Daimler, Caparo, Mini, and Datsun. In Maharashtra, near the Mumbai city, and the Chakan corridor near Pune, are the western cluster, with a 33% share of the market. Audi, Volkswagen, and Škoda are located in Aurangabad. Mahindra has an SUV and engine assembly plant at Nashik. General Motors, Tata Motors, Mercedes Benz, Land Rover, Jaguar, Fiat, and Force Motors have assembly plants in the same area. The northern cluster is around the National Capital Region and contributes 32%. In Haryana, the country’s largest car manufacturer, Maruti Suzuki, is based at Gurgaon and Manesar. Another emerging cluster is located in the state of Gujarat, with a manufacturing facility for MG Motors, Atul Auto in Rajkot, Ford, Maruti Suzuki, and Peugeot-Citroën plants are also planned for Gujarat. In Kolkata, Hindustan Motors is located but inactive. In Noida, Honda is running its operations, and Bengaluru with Toyota, Volvo and Scania. Andhra Pradesh has companies like Isuzu and Kia, running their manufacturing plants. Even though automobiles are assembled and manufactured in India, most of its parts are imported from other countries like China. Therefore, it’s not possible to manufacture automobiles of many companies without having relations with the Chinese manufacturers.

COVID-19, a pandemic that caused grievous crises around the world and it had also affected the automotive industry, drastically. As the pandemic first originated in China, most of the automobile manufacturers of the country were shut since then. This has made the other automobile companies restrain from manufacturing vehicles because many companies are depending on some Chinese manufacturers to get supplies for the manufacturing process. Companies like General Motors (GM), Ford, Volvo, Jaguar, Volkswagen, Toyota, Nissan, etc., have either temporarily resumed their car production or closed their plants since the start of the pandemic. Such a crisis has affected the automotive business badly, and most of the companies are running on losses. The main reason for shutting down the manufacturing plants is the risk of infection among the workers, but if a factory runs solely on robots, then it wouldn’t be a problem. COVID-19 has affected the economy of the automotive industry greatly and may take some time to improve.

Automobiles play an important role in resolving the travelling barriers between places and with the help of various technologies like lights-out manufacturing and Artificial Intelligence (AI), it will become easier to manufacture vehicles with very few or no workers. COVID-19 had affected many automobile factories worldwide, but using a fully automatic factory could help improve vehicle manufacturing and wouldn’t get affected even during any pandemic like COVID-19. Therefore implementing such factories in the future could help the manufacturers operate during any pandemic, and also improve the economy of the automotive industry.