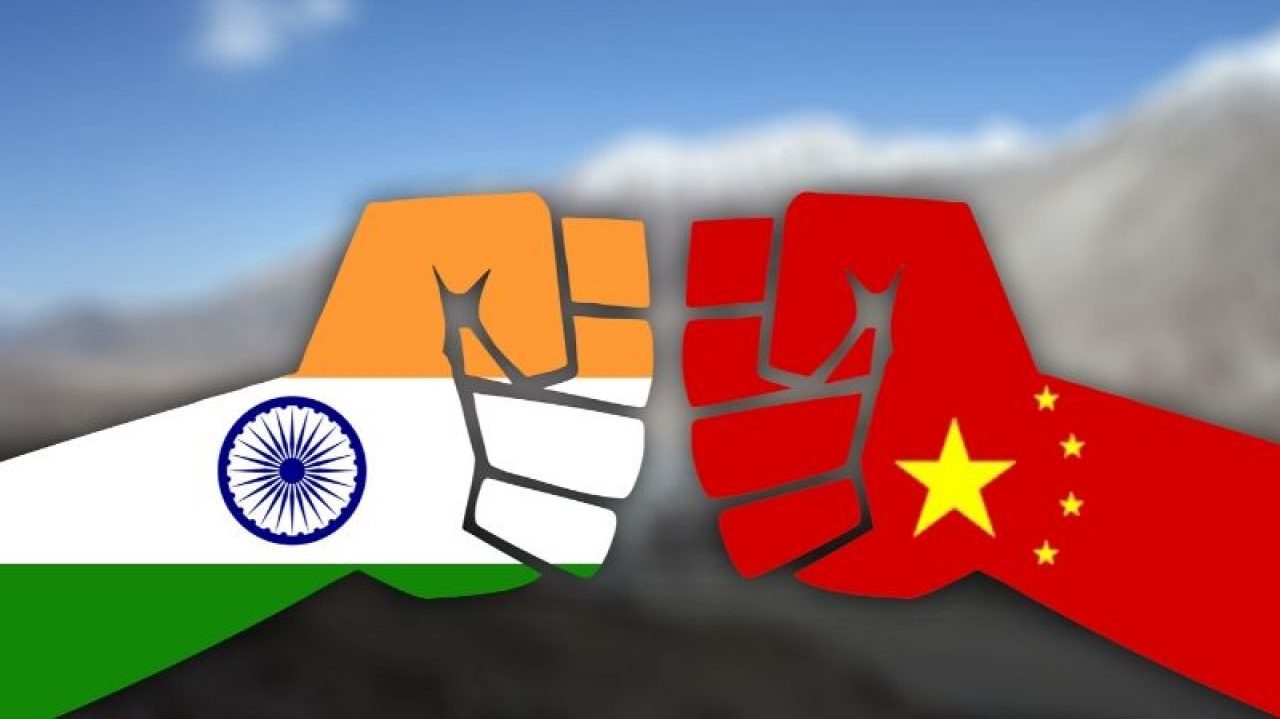 There have been massive contradictions in the news on China- India skirmish in the Galwan area. The map shows part of the portion in the China area and the other as part of India. Though numerous maps show the conflicted areas, of course, it is not clearly demarcated, or the confrontation would not have taken place.

In 1962, even in Neville Maxwell’s book India’s China War where he shows his leaning towards China it shows India in a poor light where the line is not very clear especially the McMahon Line. It was always blurred. Hence the problem has remained and festered. In fact, J.N. Dixit, the former foreign secretary talked of a LOAC – Line of Actual Control, to minimize the problem. The problem also was trying to be resolved with the military commanders negotiating the issue beginning May 2020. But 15 June 2020 brought this boundary dispute to a crucial point, though it started on 5 June in actuality. The face-off in Galwan valley, Eastern Ladakh between Indian and Chinese troops was a violent one. The clash was two kilometers East of the confluence of Galwan river and Shyok river where the Bailey bridge was being built, connecting with Daulat Beg Oldie (DBO) which had an airstrip and was conducive for the employment of Mechanised Forces. This seemed to threaten the Chinese. The clash strangely enough between the Army on both sides took place even though they had become familiar to each other and had established some kind of rapport. But unfortunately, 15 June saw unfamiliar ‘new’ troops on the Chinese side, very aggressive and when Colonel Babu of the Indian Army went to investigate as they (Chinese) had pitched a tent intruding the Indian territory he was stoned and beaten badly and fell into the river allegedly. His loyal troops angered and emotional sought vengeance as the Chinese came forward to grapple with Indian soldiers. It was a very bloody violent fight in which 20 Indians died; it was also a barbaric one where the Chinese came armed with clubs wrapped in barbed wire. It is a Chinese tradition that the number of casualties on their side are never revealed and therefore the estimated number is about 53 dead with 300-400 troops engaged in battle. The lack of weapons on both sides was supposedly according to a 1996 agreement where troops would not be armed two kilometers of either side of the LAC.

The Prime Minister of India reiterated the fact that no intrusion took place only five days later (21 June, The Hindu). In the same vein, no Indian territory was taken by the Chinese. Be as this may but it turns out to be a mere technicality as a bloody and tragic incident had taken place. A colonel, two majors and 20 jawans had died. Supposedly more Chinese expired due to the hand-to-hand combat and the battle taking place on the edge of the ravine with a raging Galwan river beneath where many from both sides fell in. Galwan is an important strategic spot with the bridge being able to hasten Indian troop movement if required.

The PM at the all-party meeting was supported by more than 20 opposition mainline parties as a unifying gesture of support to him fending off the Chinese aggression. According to General V.K. Singh (retired) and now the Union Minister, the skirmish count reports show to be 300-400 involved. On both sides soldiers were lost, some to actual combat, others to falling into the Galwan river and still some to hypothermia.

The emerging important question is why now. There are three major reasons for it. Firstly, like both venerable political strategists like Kautilya in Arthashastra and Machiavelli in ‘The Prince’, talk about looking for something outside the nation-state in order to distract the populace and to prioritise. Kautilya’s Arthashastra is a veritable treatise, highly complex on the art of statecraft, economic policy and military strategy. “The welfare of a state depends on an active foreign policy”.

“An enemy’s destruction shall be brought about even at the cost of great losses in men, material and wealth”. Less than a fifth of Arthashastra deals with foreign policy, Kautilya is known as a great theorist of interstate relations because of his unique and unprecedented contribution.

His theory is a brilliant, comprehensive, cohesive and logical analysis of all aspects of relations between states. The four devices according to him are relative power, deviations from the ideal, classification by type of motivation and the influence of the intangible and the unpredictable. Moreover, aggression, invasion, subversion are strategized. Open war, secret war, and undeclared war are underlined.

In keeping with the above, one can be steered towards Sun Tzu’s ‘The Art of War: Spirituality for Conflict’, an equally fascinating line of thought together with Machiavelli’s ‘The Prince’ and Clausewitz ‘On War’ are studies which both China and India would like to use but only some of it has been feasible mostly on the side of the Chinese.

To get back, Xi Jinping’s popularity was ebbing mainly because of the Wuhan crisis. The leadership crisis in the Chinese Communist Party became pronounced and the credibility of China as a nation-state was in question. Secondly, the economic crisis, unemployment, low productivity needed a distraction in order to bolster the image of China and his own. Thirdly, the strategy to put India in place was high in his priority.

There have been incidents in the past between China and India in 1962, 1967, 1992, but not as vicious as the recent one. The idea that India too built infrastructure and roads in the Galwan area stuck a craw. Patrol point 14 (PP14) as an important post took precedence with the result that the People’s Liberation Army ‘PLA’ attacked troops of 16 Bihar Regiment. The four fingers shown in the maps were argued over as was the extreme eight finger position which the Chinese would never allow India to patrol, the Chinese claiming a different LAC.

The timing of this incident holds China suspect in international eyes. On the one front, it is trying to grapple with India to show its superiority; with the US and Canada, it is having a massive trade war. This is huge because President Trump of the US is going to use this for his electoral platform to show that he in turn is putting China’s trade in its place. Further, he has sent ships to the South China Seas to oppose Chinese ambitions in the area. US is joined by Philippines, Indonesia, Brunei, Malaysia, Vietnam, Japan in stopping China’s amphibious claims. Attacking Taiwan’s air space is also fair game for China, as is suppressing Honk Kong’s anti-Chinese demonstrations and ill-treating Uighur Muslims and, as earlier, Kautilyan norms are at play here. It is amazing how all this has not got escalated earlier. China is willing to assert itself as observed in a foreign policy-making scenario, the internal counters have exerted an influence on how a nation behaves. In China’s case, it is taking it to the utmost extreme. As if it is almost on a self-destruct mission. Yet we know that is not the case. Western and Eastern strategists definitely laid out the Art of War but they did not advise that it should happen at all fronts.

On second thoughts, has China bitten off more than it can chew? Maybe it feels the need to because its sense of national identity is at stake; the Wuhan virus with its source pointing to China has shaken it. The reaction of the European Union, United States, South Asian states and South East Asian states laying the blame at its door has made it fragile and is therefore reacting and pushing back as only it knows how.

The increasing and overwhelming pandemic all over the world including in China has resulted in a chaos theory of foreign policymaking. This of course does not forgive China’s on-the-war-path tactics.

How can and should India deal with it? Firstly, keeping the dialogue option wide open. The recent military commanders meeting on the LAC has shown that this is difficult but possible. Resort to war or military means should be the last resort. Egos, national identity, roiling patriotism should be kept aside. It is all very well to get the populace attuned to raising slogans, but a cool-headed approach is necessary. One thinks and further hopes it is already being done. Further, multilateral fora need to be explored and used to air grievances and grope for substantive solutions.

The media in contemporary international relations can be intrusive yet revealing. But a powerful medium. It can be exploited to bring solutions rather than complicate problems.

Both India and China can no more be visualized in the 1962 scenario. Economies have risen, military infrastructure doubled. Currently, China is way ahead, but in a corner; it is still trying to compete with and wield undue influence over India. This is no longer possible.

China needs to soft-peddle issues while India learns to desist in a firm manner, if nothing, COVID 19 should have brought out not just chaos but some order in the world order matrix.

The military commanders’ conference, the onset of the trilateral meeting of Russia, China and India could bring a note of optimism and resolution. The Chinese military commander has already been removed, making him probably the fall guy.

The idea of Pakistan has having posed a counterpoint is a strong one. Recent events point to Pakistan using China as a counterfoil to support its presence in Siachen, further complicating the issue. China may front Pakistan for its own aims and benefits, but in contemporary foreign policy agenda, it pushes unnecessary boundaries.

The old order has changed as mentioned and will some more. The dragon cannot keep breathing unnecessary fire and the elephant must learn to side-step in a firm resolute gait.