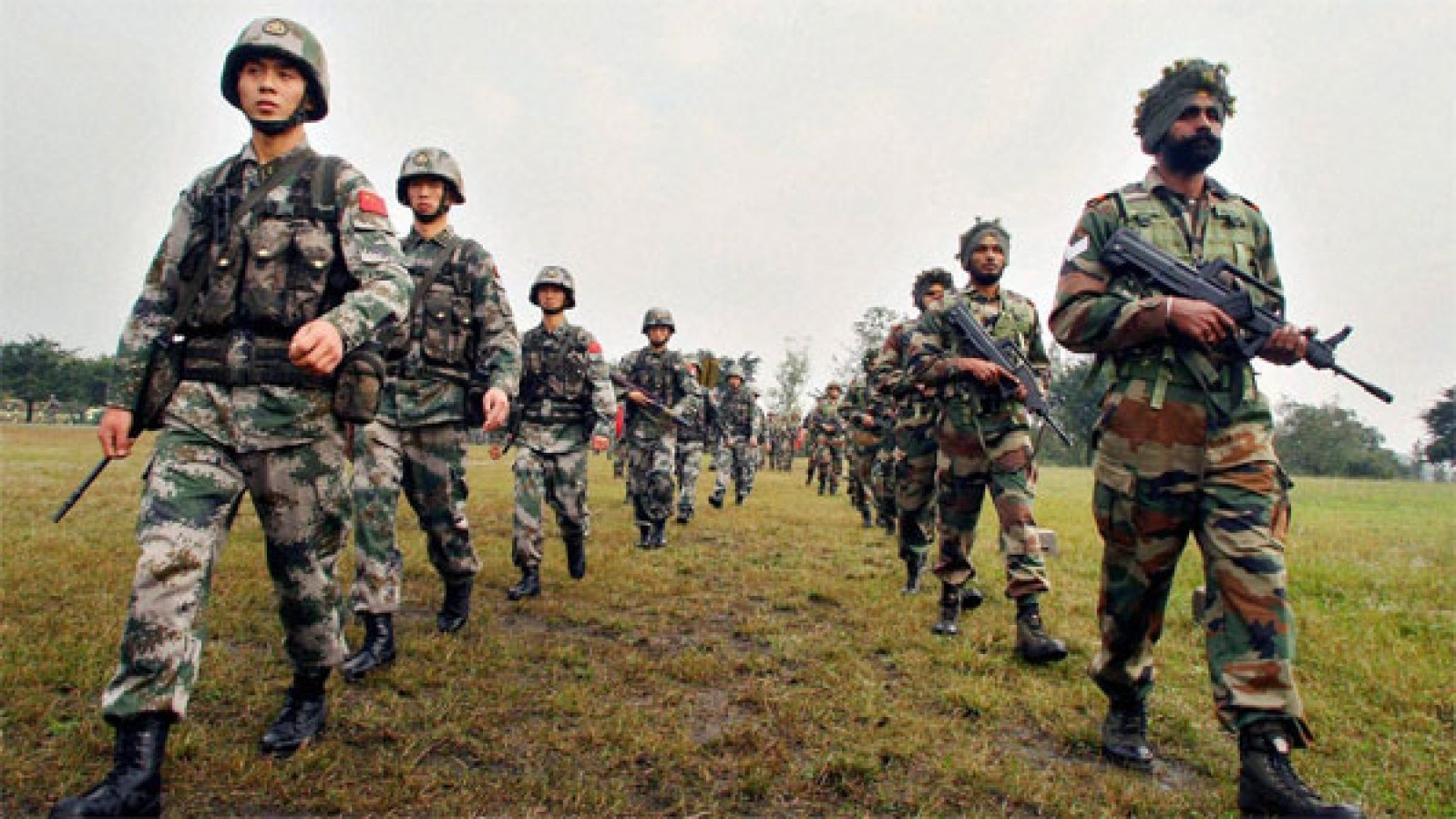 Panchsheel binds India and China for their peaceful coexistence as neighbours. The Chinese annexation of Tibet resulted in the Mc Mahon line as a yardstick for the Indo-China boundary demarcation. There would have been no Line of Actual Control (LAC) if this issue was discussed then in 1955 and it would have avoided not only the possibility of 1961 Indo-China War but also the other border standoff that proceeded it. The solecism, proceeded the 1961 war, was the undemarcated  LAC that never been the same and had evolved since 1961. Even the 1993 Indo-China Border Patrolling Agreement for Peace and Tranquility missed demarcating and defining the LAC. The provided inputs, so far, are the swat analysis to understand the current scenario, not to consider the ongoing standoff in a light term that Chinese soldiers strolling into the Indian territory though not a new phenomenon and their habituated infringing under the influence of commissars prove that China is not a trustable player in the Geopolitics.

To understand the ongoing standoff, it is mandatory to commence from geopolitical developments that were observed in the limelight of COVID-19 crisis: The rising ante to China and mooting India as an alter destination; Proffering global narrative to India for recognising Taiwan at the WHO; Recognition to India’s Global Stature via the Medical and Digital Diplomacy. However, history has scripted vividly how China responds vis-à-vis whenever there is a global acceptance to India and China’s classical response was hitting India with its border policy called “Two-Step Forward, One Step Back”. This Chinese response has to be seen in concoction with its principle instrument: ‘Containing South Asian Nation from joining Washington led containment policy’, and the Belt Road Initiative embodied with Debt Trap Diplomacy is an instrument incorporated in that direction to heavily counter Washington’s Dollar Diplomacy.

According to Hans Morgenthau, in his six principles of political realism, he explicated that a good foreign policy shall minimize risk and maximizes the benefit. Also, Morganthau underscored to de-hyphenate ethics from international politics. Immediately after independence, India resorted to an idealistic form of external relations that silhouetted the Indian Foreign Policy to be more altruistic. Being an extended form of idealism, altruism has made the track records of India very clear in the global political landscape that has fetched several respectful Soft Power positions before the various nations, for instance, in gaining the trust of Japan to ink the Civil Nuclear Deal. These moral principles contradict with what Morgenthau had explicated in one of the six political realism principles “Political realism refuses to identify the moral aspirations of a particular nation with the moral laws that govern the universe”,  in other words, the state shall not resort to ‘Fiat Justitia, Pereat Mundus’ always. What impedes today is that contradiction in India’s Foreign Policy either cartography war by Nepal or Sophian Valley militancy by Pakistan or Chinese Standoff at the Galwan Valley, etc.

The altruistic outlook in India’s Foreign Policy has severely fractured the strategic restraint in India’s Foreign Policy with no concrete doctrine. The Chinese Commissars who are able to read this fallible weakness in India’s Altruism through their “Two-Step forward, One Back” policy has successfully encroached into India’s territory across the LAC  in 1961, 1985, 1993, 2011, and 2020 and diplomatically China never let its Indian counterparts to define the Line of Actual Control. In that context, India shall comprehend the power which defines a nation’s position in the international polity that is primarily based on authority, the latter is the summation of power and legitimacy. According to Robert M. Maclver, “the power is based on force, legitimacy is based on willing to respect, and in that case power and legitimacy shall play a complementary role that helps in securing the obedience of the authority”. The analogy from Maclver is that no authority will be effective with no power. The classic notion to define the power, as per Al Capone; “You can go a long way with a smile, you can go a lot further will a smile and a gun”.

India needs to do away with “Non-reciprocity”:

Here, the intention is not to make India, as a rogue nation, but to have a sense of realism to deal with any aggressions in the future against its territorial integrity, by neighbouring nations and especially China.  The current crisis along India’s border posses a lesson that India has to deal with its neighbour with more realism such that India’s stance, to rise its Global Stature, will not be hindered. The recent development which is happening in India’s neighbourhood politics is not good for India: After the artificial cartographical extension, Nepal is now with a proposal to amend its citizenship rule; Bangladesh boasting its economic diplomacy victory when China waved export tariff for the former’s export, also commenced criticising India, etc. These recent development questions what did India’s non-reciprocal neighbourhood policy has achieved since the second half of the 1990s. The realistic vision to bring Kautilya’s relevance on neighbourhood policy is more imperative and it just cannot be ignored. India has to understand a strong economy and profiteering market with military vigilance has the potential to outweigh the strong people-people relationship with neighbours. In that note, there shall be a realistic and strategic outlook to deal with ongoing Indo-China standoff, the history teaches that India is successful when it has the “truce” period in a struggle and the immediate need is to bring the UN Peacekeeping intervention to de-militarise the entire stretch of LAC such that the Chinese aggression will be checked by the peacekeepers. In that truce period, India shall primarily look at these possible ways with priority: First, to solve Nepal’s artificial cartography extension not only by the dialogue but also by the economic coercive measure by sanctions to decrease Nepal’s adrenaline. Second,  India is having a spike in the COVID-19 cases with a good recovery rate and India should prioritize its Health Security by the comprehensive ongoing plans. Third, fine-tuning of the Atma Nirbhar to create numerous local enterprises in the market and the Global Enterprise’s decentralized manufacturing units in India with the adequate equity of Indian stakeholders in the latter is imperative to deter the Chinese market economically. Fourth, the sudden proximity in Indo-Australian relation has huge potential to realize, to say, China’s Maritime Silk Route is a dream if China does not overcome the Malaccan Dilemma and India’s Andaman and Nicobar with Australia’s proximity to the Malacca strait and their Naval co-ordination will clout China’s entry into the Indian Ocean. Fifth, India shall have its Monroe’s doctrine version to keep Chinese’s presence checked in the South Asian Region. Sixth, the paused relationship with Iran has to be revived to keep the western region out of China, strategically the ongoing IAEA’s, resolution against Iran, is an opportunity for India to regain Iran and its nuclear capabilities will enrich India’s capabilities more that will counterweight China-Pakistan’s nuclear might.

The said forwards in the truce period may take time but keeping the Chinese checked along the borders is imperative for India so that it can consolidate its position at the regional level first. The bricks consolidating India’s position at the regional level will automatically raise India’s global stature. In that realisation, then struggle period, not necessarily a war, will be India versus China and not India versus its neighbours. Here, the digest is India-China 2020 Standoff and its proceeding episode shows that India needs to have more realism in its foreign policy pertinently to its neighbourhood policy such that the current policy which envisages developmental power shall have extractive power to deter not only the Hegemonic dragon but also the bandwagon voices which the Dragon instigates from South Asia against India. The blueprint to deter the Dragon: Primarily, by creating a buffer along Indo-China borders by Peacekeeping Forces, and Secondarily, tactical monitoring of the Malacca strait by strong naval coordination with the Australian Navy that will make Malaccan Dilemma more a Gordian Knot to China that will eventually disbenefit its Maritime Silk Initiative.