Diplomatist > Asia > Home Featured > SAARC: A Journey with the Coexistence of Success & Failure, along with COVID-19

SAARC: A Journey with the Coexistence of Success & Failure, along with COVID-19 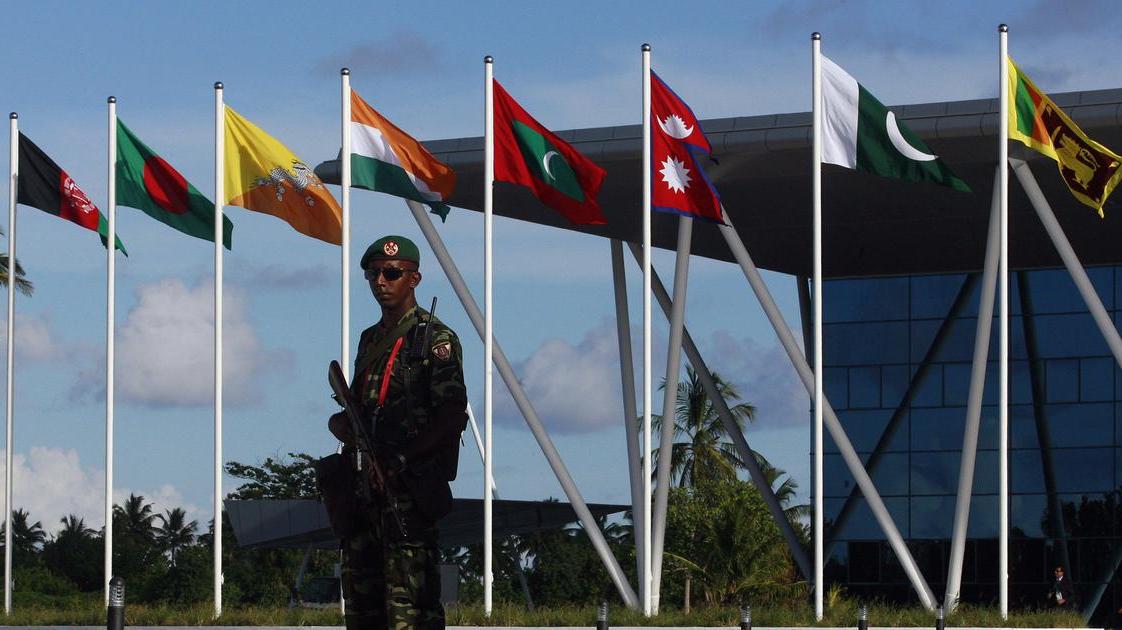 One of the striking features of international politics since 1945 is the formation of regional organizations which are bound by ties of common interests and preferably geographical proximity as well. These ties gave birth to a number of regional organizations. SAARC is one such organization. ‘Basically, the idea of SAARC is to promote peace, harmony, and economic growth through the cooperation of South Asian states, by sharing the available resources and to build trust among parties and also by facilitating collaboration and regular contact between leaders.’ SAARC, South Asia’s prime regional forum, was established in 1985 with many expectations. But even though it sounds bad, those expectations have not been met even today after 35 years of its functioning; the expected progress between the collective dependence and the reciprocity of the members did not happen. ‘SAARC has achieved few concrete results in the areas of trade, security, and economic welfare.’ Below is an attempt to analyze the thorns that are hidden in the path of the successful journey of SAARC.

For the successful journey of any regional organization every member state of that organization has to have an international perspective in spite of the responsibility of its members to the national interests and sovereignty. But among the South Asian states, the nationalist outlook prevails over the international outlook. To late Indonesian President Sukarno, ‘for the countries of Asia and Africa, nationalism is the main force of all efforts, though nationalism is considered as an obsolete doctrine to many in the world’. According to Pran Chopra, ‘excessive nationalism among members is one of the major obstacles in SAARC’s slow progress.’

It is seen in the course of time that the creators of SAARC focused on expanding mutual cooperation in the socio-economic and cultural fields, excluding political issues. But even with such an apolitical perspective, there are political differences between South Asian countries and attempts to expand cooperation in the non-political field have not been materialized, especially given the current political turmoil. In fact, it is difficult to reach a consensus among the political leaders of the South Asian countries as there are fundamental differences in their political systems. As for example, although parliamentary democracy is present in India, there is a constitutional monarchy in Bhutan. Moreover, in recent past Nepal was a monarchical country and Pakistan was a military-ruled country. Naturally, India and Pakistan have taken a contradictory position in different international issues.

Interestingly, Article 10 (2) of the SAARC charter excludes bilateral and contentious issues from any discussion. But India apprehended that the small neighbouring states could unite in the SAARC forum and form an alliance against India. This is because almost every state in the region has problems in its bilateral relations with India.  As for example, the following disputes can be mentioned between India and Pakistan centering on Kashmir, between India and Bangladesh focusing on the distribution of water in the Ganges, between India and Nepal centering on the water distribution of Mahakali River and in some recently disputed border regions like Kalapani, Lipulekh, etc. Moreover, we can mention the dispute between India and Sri Lanka over India’s views on Sri Lankan ethnicity. In reality, due to the special importance of bilateral and conflicting issues, the bond of cooperation between the SAARC countries could not be strengthened.

It is to be remembered here that the basis of regional cooperation is the equal interest of allied countries in the mutual benefit and equal participation in enhancing cooperation. But in terms of geographical size, population, military might, economic development, etc., there is no comparison between India and the other 7 SAARC states. India will use SAARC to expand its dominance in the region – such fears have been in the minds of SAARC’s small states since the first. ‘Indian hegemonic design, mistrust and bad attitude towards the smaller states of South Asia hamper all the efforts for greater regional integration.’ Moreover through SAARC, among the people of different countries in the South Asian region increased mutual cooperation will lead to the expansion of democratic thinking in those countries. This could lead to mass protests against the authoritarian rulers of those countries. This apprehension, in their opinion, has created a negative attitude towards India. Therefore, some of the neighbouring countries with the help of foreign states have devoted themselves to reducing India’s influence in the South Asian region. By contrast, India is always working so that those neighbouring states with anti-India mentality cannot unite against India through SAARC. That is why India’s efforts to keep contentious bilateral issues out of SAARC’s jurisdiction are particularly noteworthy in this context. Therefore, the neighbouring states fear of India and vice-verse India’s fear about their anti-India unity is considered as one of the major thorns in the path of SAARC.

This apart, India and Pakistan are the two largest partners in the SAARC. As a result of a lasting animosity developed between them, they cannot trust each other at all.  Pakistan has repeatedly tried to raise the issue of Kashmir in SAARC meetings ignoring the SAARC Charter. ‘The tensions between the two rivalries have caused great damage to SAARC cooperation. The lingering Kashmir issue also remained a great hurdle in the process of progress and cooperation.’ As a result of mutual distrust and excessive animosity between these two states, they started competing in virtual nuclear explosions in the past in 1998.

Besides, earlier the neo-colonial foreign states like the USA had committed themselves to pursue colonial interests by keeping the mutual distrust and animosity among the states of the South Asian region. Recently foreign states like PRC have also been seen to follow this path. The US has previously used Pakistan as a spearhead to reduce India’s influence in the region. Thus, often the indirect intervention of foreign states has become a thorn in the smooth running of the SAARC. It is interesting to point out that in the wake of recent Sino-Indian border clash, the US is mobilizing troops in Asia.

We should not forget it that the South Asian states are in competition with each other for selling their products in the world market, for example, Tea and Jute. Such competition has become a thorn in the running of SAARC smoothly. Moreover, the SAARC- states have failed to present themselves as a united force in economic matters in the International Forum. However, the execution of the ‘South Asian Free Trade Area’ or SAFTA agreements is a significant economic step on the part of SAARC. The member states implement the SAFTA agreement in 2004. But there is still a suspicion among other SAARC member states on SAFTA. Their conception is that with the opportunity of free trade zone, India as a big economic power will occupy the markets of small states. Of Course, India does not believe it. Emphasizing on speedy implementation of the SAFTA agreement, the PM said at the SAARC Conference in 2005 that the regional co-operation needs to be strengthened to effectively address the challenges that have arisen in the face of globalization.

Again, terrorism is one of the major thorns in the smooth sailing of SAARC, since SAARC countries are more or less plagued by this problem. It is to be noted that India has long been a victim of terrorism. Terrorism is a major obstacle to India’s development.  The destructive activities of terrorists in the Kashmir along with the North-east States have severely defeated India. Pakistan’s role in aiding the terrorists is no longer speculative – it has been proven many times over. Many people lost their lives in the 2008 terrorist attacks in Mumbai. Clear evidence of the Pak conspiracy behind it has come into the hands of India. Yet India did not lose its temper. In the SAARC arena, India has repeatedly spoken out against terrorism. India has vociferously appealed to its member-states to rid the South Asian region included under SAARC of terrorism. Sheikh Hasina of Bangladesh once uttered in the SAARC arena, ‘Member states must commit that they will not allow the soil of their homeland to be used for the destruction of the sovereign integrity of the neighbouring country’.

India in the Coronavirus atmosphere around the whole world has been trying to stand by the side of the South Asian countries as much as possible and India is trying to bring back its lost glory by giving strong leadership to this opportunity in containing the spread of the deadly virus. With the advent of Covid19 pandemic in SAARC countries, Narendra Modi has tried to convene a video conference of the South Asian Association for Regional Cooperation (SAARC) states to collectively fight against the threat of COVID-19; this venture may be viewed as a good attempt to combat China’s increasing influence in the area by rejuvenating India’s leadership in SAARC states.

If the flower, called SAARC organization, is to bloom, it is necessary to remove all the above thorns. That is why every member state has to change its attitude accordingly. Likewise, they have to show their loyalty to the SAARC Charter and adopt a positive attitude. In addition to that, in order to resolve bilateral issues like Kashmir, the parties concerned, also need to be sincere. Above all, member-states must unite to prevent foreign states from interfering in the internal affairs of the South Asian states. India has been playing a pivotal role in moving the South Asian organization SAARC forward in spite of different obstacles. It is true that SAARC has not yet reached the level of other organizations like ASEAN or the European Union in terms of mutual cooperation and regional development. However, the possibility of SAARC is bright. SAARC can move forward towards its objective through mutual cooperation by utilizing the vast resources of this subcontinent. The biggest thing is that India has been very vigilant from the very beginning so that no major power can interfere in this South Asian subcontinent. India has to adopt the responsibility of taking it further in its national interest; in addition to economic development, organizations like SAARC have been called upon to curb terrorism and the domination of Superpowers.

Therefore, the critics hold that SAARC has failed to achieve desired progress due to an environment of disputes and mistrust. It is necessary to settle regional disputes through dialogue and compromise. Political Will of all the SAARC members is the utmost important requirement in establishing peaceful co-existence and building interdependence mutually amongst them at the times of need. India should give a lead in that direction.