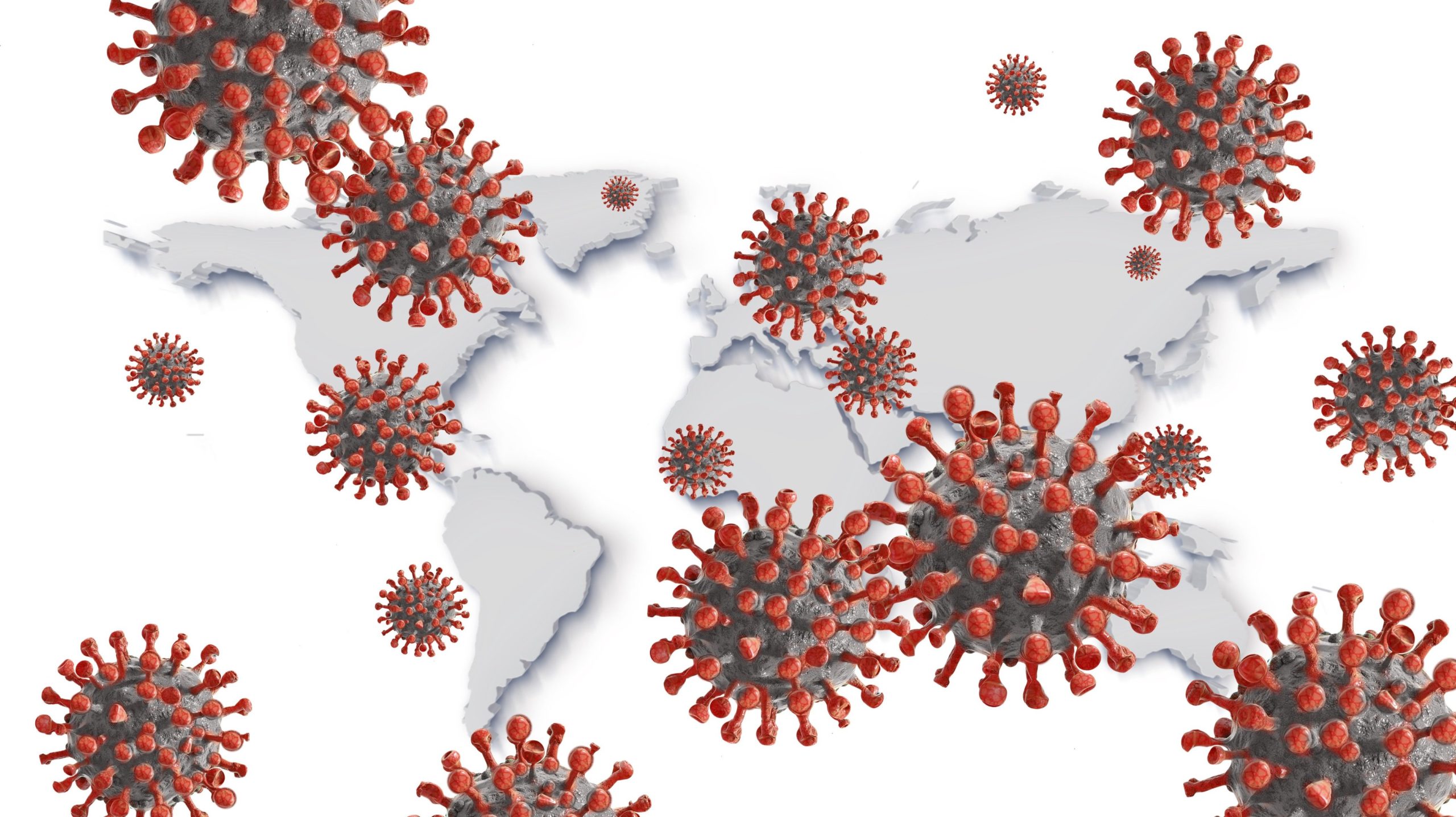 Belt and Road Initiative (BRI) put forth by Chinese President Xi Jinping intends to establish trade and infrastructure channels joining Asia with Europe and Africa with trade routes of the ancient Silk Road. Health Silk Road is not a new concept and has been unearthed due to the COVID-19 crisis. China had wafted its Health Silk Road in the World Health Organization (WHO) before the pandemic. The Health Silk Road which has been part of China’s BRI since its conception in 2013 originated in 2017 by China and the WHO. The BRI Health Cooperation has been assigned to expedite information amongst nations to check and regulate infectious viruses and other diseases apart from designing policies for health aid, research and medical enterprises, promoting personnel instruction and strengthening global aid. The Chinese Communist Party (CCP) has disseminated the Health Silk Road notion to take the benefit of the importance of global change. Principally, the Health Silk Road anecdote reflects an indigenous role in legitimizing the government of the CCP. China’s National Health and Family Planning Commission in 2015 implemented a 3-year strategy to build “health cooperation networks” through BRI nations and to reinforce China’s position in multilateral health governance.

China is trying to be a global messiah and COVID-19 arose as a principal opening for China to execute these objectives on an expedited timeline. The ‘China’ backed WHO Director-General, Tedros Adhanom who has encountered many challenges during the coronavirus pandemic such as racial accusations, death fulminations, social media ridicules has been portrayed as a mannequin in the cards of Chinese President Xi Jinping and U.S. funding diminutions. Tedros has gone ahead to applaud the Health Silk Road’s creation and has further asserted that BRI has the potential to strengthen the drive for universal health coverage. Tedros pointed out that China’s plan for a Health Silk Road is visionary that will also restore ancient intersections among cultures and people, keeping health at its core. When the U.S halted its funding to the WHO in April 2020, China moved up its aiding and declared that it would grant $2 billion in the next two years to support other nations to overcome the health crisis and also proceed to improve health infrastructure in African nations.

A Health Silk Road seems to be in making while the world saw Cuba that is known for its superior health system along with China and Russia assigning teams of medical experts with medical supplies to Italy through the COVID pandemic. Interestingly, not to forget that Italy joined the BRI in 2019 despite the criticism from the United States and many countries in Europe. Apart from that China also sent testing kits, drugs and supplies to Iran.

The CCP has swiftly sought to switch this pandemic pressure into a geo-economic chance by proposing solutions. China has been using soft power tools such as ‘Mask Diplomacy’ and ‘Health Silk Road’ to shove its economy further that were diminishing headlong in the pre-pandemic. China has presently granted COVID-19-related supplies and medicinal help to more than 89 nations. It has sent medical teams and supplies to more than 50 African countries to bolster their response to the pandemic. Through the Health Silk Road, China is trying to shape the post-pandemic world to its benefit and is attempting to strengthen its hold over other nations.

China has been highly reprimanded by the rest of the world for encasing up and not stopping the COVID spread from swinging into a deadly global pandemic. China has been carrying on its increasing clout at the WHO to further its purpose and through soft power intrusion, China has precisely adjusted to set the prevailing paralysis of international supply chains due to COVID-19. China’s remarkably important exhibition of support to other nations is the beacon to the Chinese people that the nation is taking the responsibility of acknowledging the pandemic.

Health Silk Road projects are anticipated to assist to alleviate concerns within China because of the fact that COVID-19 originated in Wuhan, by showing pretensions of assistance and aid to remunerate for the impairment caused. Some reports have also asserted that BRI is the central promenade of the virus transmission, as COVID became a pandemic. Apart from promoting the traditional Chinese medicine (TCM), in actuality, Beijing has made too little effort to build a boulevard for the expansion of communication and technologies to formulate an association of medical specialists and pharmaceutical staff around the world. Plenty of MOUs on TCM was endorsed among the BRI nations, just to support the Chinese culture and not much has been done to streamline the BRI Health department.

Due to COVID-19, many projects supporting BRI that connect Asia, Europe and ahead have been “gravely impaired” as per China’s Ministry of Foreign Affairs. The BRI has moved into “brief hibernation” putting China’s BRI projects on halt. But the Health Silk Road has surfaced as a golden shot for the CCP to expand its emerging technologies to plug its preponderance to westbound standards of governance and to improve its anecdote of power.

China has been exasperated by Trump branding Covid-19 as the “Chinese virus”. Justifying its position, Beijing has turned swiftly to executing the misdemeanor, bouncing criticism. Even as the U.S has been reprimanding bellicose, China for its hegemonic aspirations due to its debt trap in several nations, is trying to project its Health Silk Road by building on BRI’s image positively around the globe. With the BRI frame in cognizance, China through Globalization 2.0 beams to mold a new world order. Due to this fact, it has been supplying health-related items to the rest of the world.

China through E-health technologies wants to be on the transit, paving its way to the arduous ‘Made in China 2025’ strategic plan to display a high-end production substation. Chinese firms like ZTE and Huawei have spent in e-health technologies in several nations in Africa and China has also been collaborating with Africa Centers for Disease Control and Prevention as well. Huawei despite its trade ban shipped a massive quantity of masks and respirators to the United States, Canada and many nations across Europe apart from contributing to artificial intelligence symptomatic technologies to Ecuador and the Philippines as complimentary or at slashed costs. China has also created healthcare codes through Alipay, WeChat and so on Post-COVID.  By stationing of surveillance base and technology corporations, China wants to set a more effective niche for comprehensive data gathering and set the board for higher control and social control in nations with limited flexibility to edging jurisdiction. China which is well-known for its surveillance and spying technologies is sending digital surveillance technologies to BRI nations to export its digital instruments to other nations that seek to observe quarantines and sort communities to cautiously restart local economies.

The world must start padding up to increase its domestic laws and regulations to ward off China’s rapacious tactics. Even in India after the Galwan valley episode, there have been massive protests to boycott Chinese goods and products. Since many world leaders have called India as the ‘Pharmacy of the world’, keeping this in spirit, India should revamp its healthcare structure and consider implementing domestic laws on healthcare to ward off China’s predatory policies. India should shift to self-reliance put forth by the present government and gradually reduce the dependency on China. Niti Aayog has already drawn a roadmap to promote the development of medical devices of global standards under the ‘Make in India’ initiative to cater to indigenous and foreign markets, which is a welcome step in the direction.

Thoughtful, collaborative activity across the world by liberal democracies is essential to efficiently keep a check on belligerent China’s artifice of misusing the clefts within them and be better equipped for future health crises and counter China’s encroachment of international establishments. The Health Silk Road is a new banner for a trademark foreign policy that China will not break at any cost. Foreign medical aid, in general, should promote human rights, civil society, transparency, sovereign expression, and responsibility. But China’s BRI lacks transparency and accountability, and the Health Silk Road seems to be a new propaganda that is heading towards ‘Debt-Trap Health Diplomacy’ in making.