Global Security in a Flux – The COVID-19 Effect 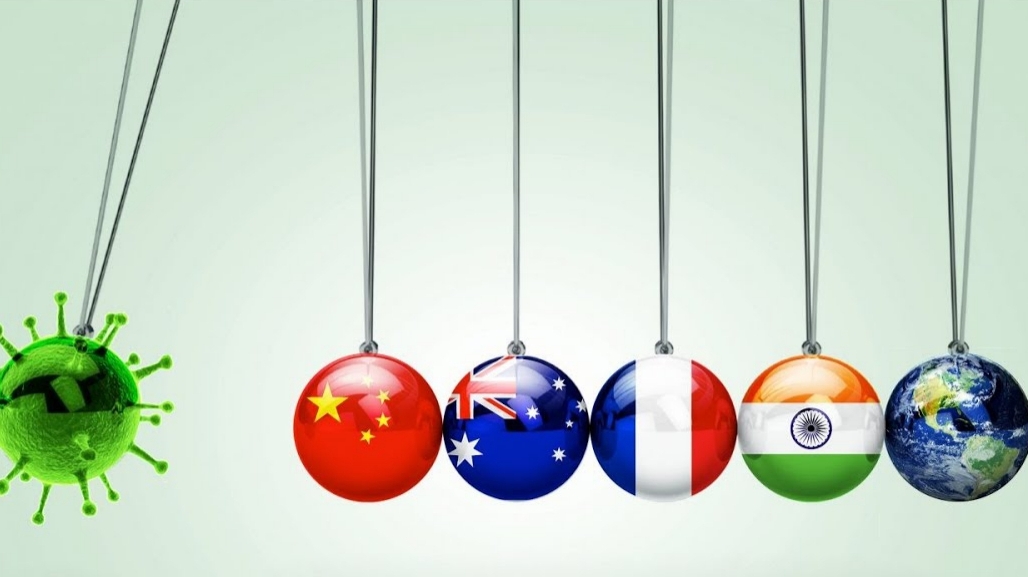 In times of startling and disrupting changes, the COVID-19 has exposed the fragility of the international system.  There is unprecedented volatility in the global security structure with a lack of international cooperation to tackle the crisis. Newer geopolitical rivalries have cropped up and the concept of national and international security today is undergoing a massive transformation. Geopolitical unrest and violence is tipping the world to a dangerous post-COVID phase, with tensions and protests breaking out everywhere, from Kosovo to Brazil. Moreover, while the world is grappling with the health and politico-economic implications of the pandemic, there has been a spike in cyber-criminals capitalising on the crisis for personal gains.

Given China’s failure to warn the world about and it’s quick recovery from the pandemic, apart from its territorial and maritime ambitions, for instance, the military standoff in the Galwan Valley and its designs in the Andamans, highlights the problems and implications of lack of transparency that China exhibits in the global order. The Dragon, at present, sees itself as a formidable power and is exploiting the pandemic to fulfil its ambitions to emerge as an ascendant authority in the region and the world, at large. However, what needs to be understood are the pros and cons of the Chinese approach given the backdrop of the pandemic and how its activities might sabotage its interests, contrary to its belief. There is, additionally, an ever-increasing risk of violence and terrorist activities all over the world, the US and China are at loggerheads, the sphere of SAARC diplomacy has gone astray and there is an urgent need for countering Chinese ambitions at the global level.

While global security is in flux, no state can see itself as a separate entity, shielded to the chaos and disruptions. With China contributing egregiously to the world’s unfolding disorder, India has been particularly impacted by the coercive intimidatory activities of its deceptive, exploitative neighbour, especially with the possibility of China-Pak-Nepal collusion seeking to constrain India in the regional order. China’s actions as a rogue state will up against the ante and have serious implications for the regional and global dynamic security structure unless tackled with pragmatic and strategic partnerships.

The world is headed for a period of “massive disruption without any leadership” in the aftermath of the Coronavirus pandemic. With the tensions between China and US growing on several fronts, contemporary events signal a world totally altered after the dust of the pandemic settles. Europe has been significantly hit by the virus, increasingly fraying ties between the Eurozone’s stronger and weaker economies. As far as the African economy and geopolitics is concerned, the crisis could fundamentally alter the power dynamics and elicit a realignment of Africa’s engagement with the superpowers, especially China that has increasingly been seen to have developed inroads in the continent. As the pandemic spreads its tentacles all over the world, it will potentially alter the global authority that the US and China seek to wield, resulting in an erosion of their absolute ascendancy aspirations. This will provide greater bargaining capabilities to other states in world affairs.

As US plays its isolationist politics and fails to lead the world in fighting the virus, it has also lost influence in the Middle East, even with allies like Israel and Saudi Arabia in the sphere of oil politics. Its two geopolitical adversaries, China and Russia are at present seeking actively to fill this void, creating greater instability in the region. While on the one hand, US is engaging in xenophobic protectionist measures, restricting exports of essential medical equipment,  Beijing, on the other is censoring the research and information on the COVID-19 and also engaging in supplying faulty and expensive medical equipment. Rather than acting as an empathetic state providing support and aid to countries in the adversely COVID-inflicted global scene, the Communist Party-led China is acting as an aggressor and refusing to and denouncing an enquiry into the origins of the virus and China’s culpability. The pandemic has eroded the capability of these “global leaders” to become trailblazers and lead the fight against COVID-19 and showed the weaknesses of pre-COVID International Order going afield while paving the way for newer alliances and actors to emerge on the global scene.

With Pakistan and Nepal on its side, China is trying to woo Sri Lanka, Myanmar and Bangladesh, trying to rattle India’s influence in the South Asian region. However, India’s move to convene a video conference of the SAARC states to collectively rein in the threat of COVID-19 can be seen as a thoughtful masterstroke to collaborate in mitigating and responding to China’s growing influence in the region by reasserting India’s leadership. Beijing’s belligerence in its near and far neighbourhood will undermine its long term interests. India participates in joint military drills with the US, France, Japan and Australia and has so far been careful about not communicating its capability too overtly. However, with China’s global image dented due to the outbreak of Coronavirus in Wuhan, its high casualties in Galwan face-off and the rising considerations of countries regarding disentangling direct trade relations with China and decoupling supply chains to restrict the flow of goods and services into and from China, this is a ripe moment for China’s adversary and Asian competitor, India to seize the opportunity and establish itself as an accepted, rightful leader in the dynamic region.

Countries like India, US, Japan and Australia have raised stern objections against Chinese bellicosities and its tactics to use the pandemic distractions as an opportune time to deepen and extend its authority. Though China has gotten militarily and economically strong, instances suggest how resistance to its tactics is gathering force too with the pandemic being a ripe opportunity for the world to wake up to the potential threats stemming from China’s inroads into almost all the continents, through trade and its grip on many global supply chains apart from its propaganda through paid-for and sponsored journalistic coverage, media and local supporters of the adversary, China is various countries like US and India to present a Chinese Communist Party-shaped international image of the Dragon. This sponsored fake propaganda has become a weapon of war for China.

However, the global security system in the wake of the pandemic has woken up to how Beijing is trying to engage in an audacious print and social media propaganda and how China’s incursions for instance, in the South China Sea have started being accepted as de jure. Thus, the moves are already afoot to loosen that control and viable partnerships at the global and regional level would provide for the dismantling of Chinese unrightfully entitled demeanour and activities that supplement the international narrative in its favour and its global positioning. Moreover, the possibility of China facing collapse is also doing the rounds with predictions of internal security and economic crises, outrage against Xi Jinping’s authoritative control and a nose-diving geopolitical trajectory.

International bodies like the UN and WHO have become theatres of the antagonism between the US and China and have also faced a huge dip in their credibility for managing the international arena. The WHO has also been also touted as ‘a mouthpiece for Beijing’ and faced considerable backlash. Also, increasingly alarming is massive cyber-attacks reported by various countries like India and Australia causing greater security threats through phishing private information using the pandemic COVID-19 as a bait. They have also attributed this security crime potentially to China.

The security and geopolitical shocks of the post-COVID world will present various threats that the world has to tide over. While technology and essential supply chains will continue to spur globalisation, its character is bound to change and there will a greater analysis of domestic and international security and geopolitical considerations by the actors in a world that has brought to fore the limitations of our present security structure. US alone cannot be trusted to rattle the Chinese ambitions and lead the world in the pandemic and the need is to take steps at the global level and urgency for the world to come together to find solutions for the ever-increasing security threats, not from just one but many sources.  A new world order that redefines current globalisation,  national security contemplations, economic parameters, health protocols and systems, compact, self-sufficient supply chains and environmental sustainability is inevitable in the times to come.