An Aisle of Opportunity: The Asia Africa Growth Corridor 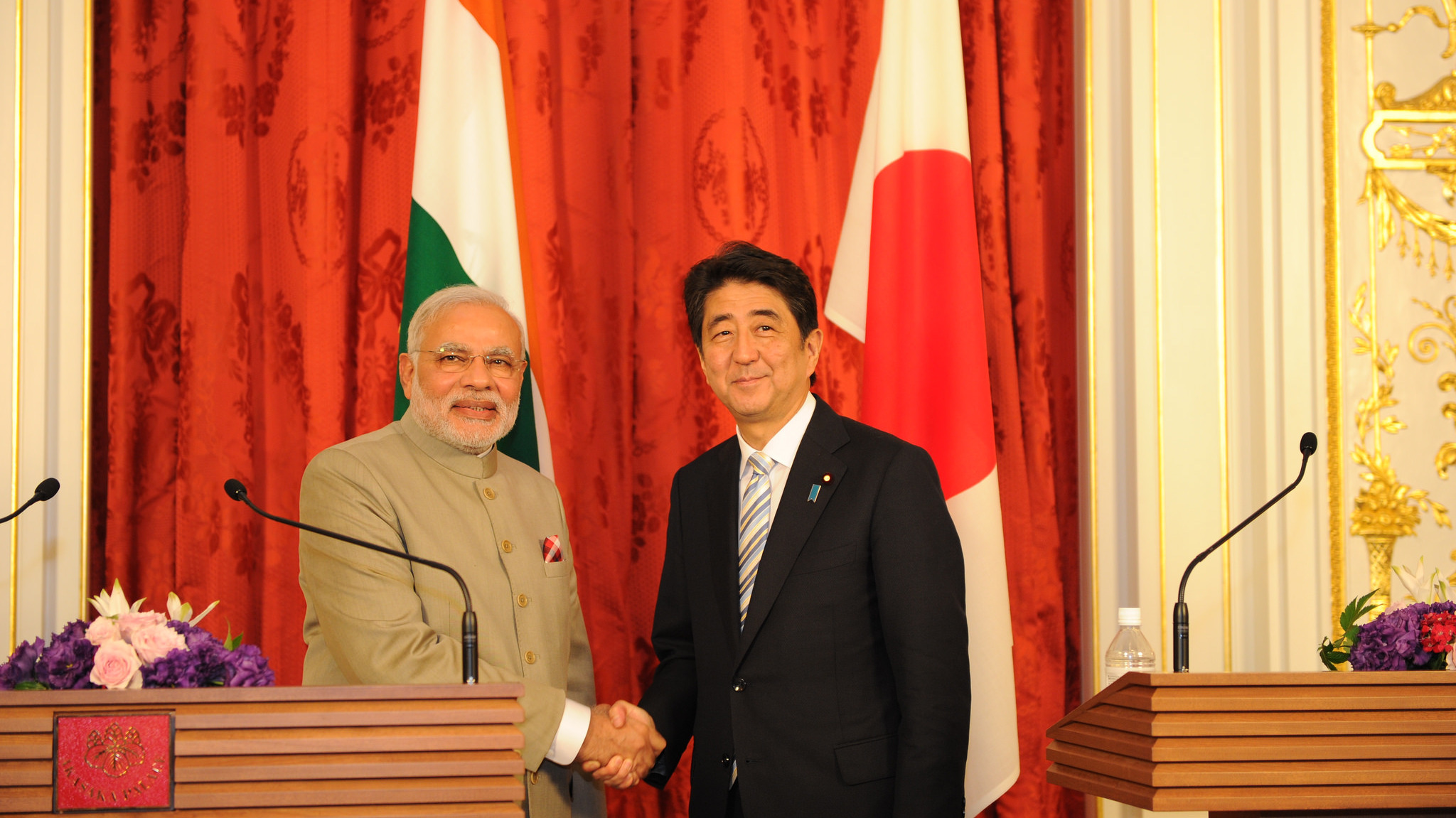 The Asia-Africa Growth Corridor (AAGC) is an economic partnership agreement between India and Japan. The AAGC has been characterized as a response to China’s Belt and Road Initiative (BRI). The AAGC intends to improve infrastructure and digital connectivity in Africa within Indo-Japan collaboration. The AAGC vision document that is based on fostering comprehensive and sustainable growth was published by India in the 2017 African Development Bank gathering. This India-Japan alliance will further take up expansion projects on disaster management, energy, agriculture, pharmaceuticals and health, agro-processing and skill augmentation. As India is endeavoring to increase its markets, it has made vital gaits to counter China’s blitz and stated ‘neo-colonialism‘.

The India-Japan ‘Special Strategic and Global Alliance’, beams at ensuring strategic endurance and economic expansion of the Indo-Pacific area. Both nations have revealed an epoch of high-powered statecraft. It envisions India’s concrete role in molding the international agenda on sustainable advancement and global solidarity based on sources of solidarity, evenhandedness and distribution. AAGC aims at Japan’s strategy of supporting Free and Open Indo- Pacific. Some components of Japanese Prime Minister Shinzo Abe’s Free and Open Indo- Pacific Strategy can be sketched following as a Prime Minister, to a dialogue titled “Conflux of the Two Seas” addressed to the Indian government in 2007.

The alliance will necessarily be a sea passageway connecting Africa with India and other nations of Oceania and South-East Asia by resurrecting old sea-routes and generating brand-new sea hallways that will connect anchorages in Jamnagar in Gujarat with Djibouti in the Gulf of Eden and likewise the anchorages of Zanzibar and Mombasa will be linked to anchorages near Madurai. Sittwe port in Myanmar will be linked to Kolkata port.

The concept of Indo-African alliance increased following late South African President Nelson Mandela’s event to India who spoke about the expanding socio-economic unification. India declared important measures to reinforce associations with African nations at the “Delhi Declaration” in 2015. India proclaimed its choice to boost economic collaboration with the African countries and support the latter in capacity construction. India and South Africa have been acting collectively on numerous platforms such as the Indian Ocean Rim Association (IORA), BRICS, G-20 and the IBSA Dialogue Forum. Through the young demography and also the social division of Africa, India can cater to the Pan Africa e-network that has been requisite in plastering robust affinities connecting Africa and India. It is important to look into the untapped potential of these domains. There is a notable ubiquity of Indian companies and banks in Africa. For instance, the EXIM bank, which is the principal institution for conducting advancement credit assignments. The IORA nations can be on the vanguard through the AAGC drive that can facilitate Afro-Asian nations for industrialization purposes and to enhance exportation.

Just like India’s long spun and well-known people-to-people cooperation with African countries, Japan likewise has historical relations with African nations. The most significant Japanese action in Africa is the Tokyo International Conference on African Development (TICAD) that was anchored to support Africa’s growth and security through a multilateral arrangement in 1993. AAGC is set to be a well-calibrated spirit and plan of both parties, following their evolving preferences.

Through the ‘Look West’ policy of India, the India-South Africa Three Year Strategic Programme of Cooperation (2019-2021) moving beyond the generic notion of linking West Asia or the Middle East within the concept, refurbishing the value of the extended neighborhood. India has a novel flair in rendering affordable, suitable and pliable technology. The AAGC Vision Study will use the Geographical Simulation Model (GSM) to bring out the economic gains for Africa through its integration with India, South Asia, South-East Asia, East Asia and Oceania. The part of people-to-people cooperation can also stimulate the growth hallway. Anatomical modifications within India and Japan have to take the position before the two can brace forward to advance sustainable people-to-people dialogues.

Lately, COVID-19 has presented key flaws in the current value chains and its sequential bearing on energy security. Lack of energy support in many of India and Africa regions have produced serious concern over the future scale and consequence of the COVID-19 pandemic. Africa’s advancement towards development, urbanization and industrialization will further constrain the already strained energy resources. The global energy requirement of India is anticipated to multiply from 5 percent in 2016 to 11 percent by 2040, and the energy need in Africa will triple by 2030. By 2040, the power division is forecasted to be accountable for approximately 80 percent of India’s total carbon emissions. While India has made noteworthy walks in renewable energy, the country remains profoundly dependent on fossil fuel sources for its energy demand.  The countries involved must give the initiative a bigger weight to accomplish its goals inside a consistent timeframe. Africa can be an integrated, springy and substantial international actor. A united region politically coupled based on the paragons of pan Africanism and the idea of the African Renaissance is required. Also, India through the International Solar Alliance (ISA) has vouched for a concessional credit line of US$2 billion to Africa for next 5 years for off-grid solar energy projects collaborating with the African Development Bank to generate 10,000 MW of solar power systems that can render power to nearly half of the 600 million Africans who remain off-grid. Renewable energy to meet the energy supply notch will remain an important solution for these economies.

India with innovative and smart solutions, skilled software experts can assure a high caliber of service offering to meet the global standards. It can also help India in accomplishing its Sustainable Development Goals (SDGs). Japan is also a specialist in creating, designing and distributing hardware support since it holds a front edge in research and development domains. Japan’s sturdy developmental aid presents a notable integral function in this area.

India can intermingle its sustainable development agenda with the 2050 Africa’s Integrated Maritime Strategy and Africa Vision 2063 for more opportunities in the post-COVID future that will be significant in determining the future of the world. Africa is considered to be a new sunrise in India’s foreign policy as a continental comrade. India’s various maritime programs such as SAGARMALA, Cotton Routes, SAGAR and Spice Routes can reinvigorate its maritime approach. SAGARMALA initiative can further help in enhancing India’s blue economy and can help in building strong industrial, institutional and transport facilities through AAGC.

Japan and India believe that the AAGC alliance would be a more affordable alternative and have a more miniature carbon footprint in contrast to China’s One Belt, One Road (OBOR) initiative that has been facing environmental concerns. The AAGC can further align it with the “Quad” structure, which includes Australia, Japan, the United States and India. Now is the right time for India and Japan to work collectively to advance the AAGC.

1 reply on “An Aisle of Opportunity: The Asia Africa Growth Corridor”