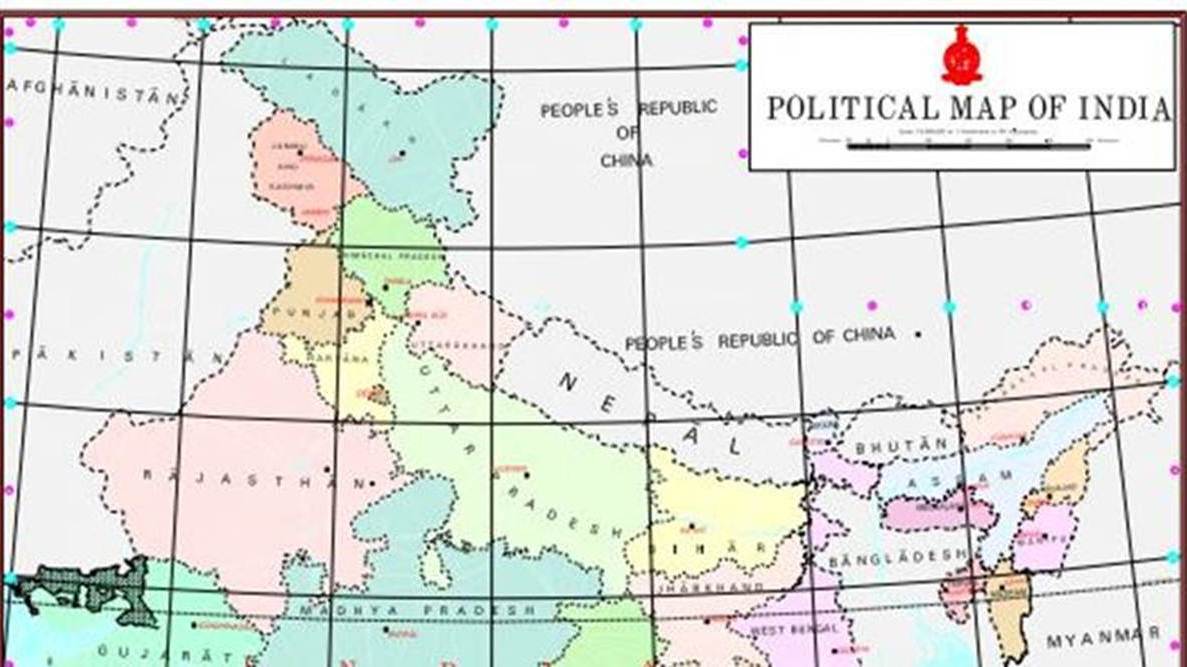 Nepal and India have become caught up in a border dispute amid the COVID-19 pandemic, following competing for territorial claims on controversial land in the Himalayan region by both sides. The recent standoff was observed after a series of events related to the new political map brought out by India in November 2019. Its fundamental purpose was to reflect the new reality of the former J&K state divided into two Union Territories, but it also included Kalapani, Lipulekh and Limpiyadhura. India has dealt with that confusion through promising dialogue. Prime Minister Oli challenged India’s devotion to its “Satyamev Jayate” (truth prevails) national slogan by proposing that New Delhi be subscribed to “Singhamev Jayate” (the lion prevails). His remarks on the “Indian virus,” which spread the coronavirus pandemic to Nepal, added fuel to the flames. The nationalist stance of Nepalese Prime Minister Oli seemed to be aimed at his domestic audience as he used the issue to divert attention from the handling of the pandemic by his government, as well as to reinforce his bellicose role within his party.

In 1816, India inherited the border with Nepal, as stated in the Sugauli Treaty signed by the Kingdom of Nepal and the East India Company which ruled India at the time. The Kali or Mahakali River was the boundary according to the Treaty, with the territory to its east being Nepal, and that to its west being India. The dispute, however, relates to the sources of the river Mahakali. Near the village of Garbyang in Dharchula Tehsil, in the Pithoragarh district of the Indian state of Uttarakhand, there is a confluence of various streams coming from Kalapani from the North-East, and Limpiyadhura from the North-West. The Northwest source, Kuti Yangti, from Limpiyadhura was identified as the origin by early British survey maps. But the maps changed the alignment to Lipu Gad, the North Eastern source, after 1857. It was transferred to the north-eastern Pankha Gad stream in 1879, thus identifying the origin as just below Kalapani. Rakesh Sood, former Indian ambassador to Nepal, said Nepal acknowledged the transition and India inherited the boundary when the British left in 1947.

The problem of the Mahakali river’s origin was first posed in 1997. The matter was referred to the Joint Technical Level Boundary Committee formed in 1981 to re-identify and replace the old and damaged boundary pillars along the border between India and Nepal. 98 percent of the border was clarified by the Commission, leaving only Kalapani and Susta (in the Terai) as unresolved. It was decided afterward that the issue should be resolved at the level of the Foreign Secretary.

Importance of the Region

India’s Defence Minister virtually inaugurated a new 80-km-long Himalayan road at the Lipulekh Pass on May 8, connecting to the border with China. The Kalapani territory area is strategically important, and the new road is now one of the fastest links between Delhi and the Tibetan plateau. India has been ineffective possession of this territory for at least sixty years, while Nepal claims to have carried out a census there in the early 1950s and that the Sugauli Treaty of 1815 confirms its claims. India’s new road is not an unprecedented change in the status quo, up to the Lipulekh pass. India previously controlled this territory and built other infrastructure here, in addition to conducting its administration and deploying military forces up to the China border crossing. China also recognised Indian sovereignty in a statement in 2015, by agreeing to increase trade across the Lipulekh tunnel. Finally, this is also an important route to visit the holy Mount Kailash for thousands of Hindus who trek across the border with China each year. Given the recurring military tensions with China, the region’s future trade potential, and religious symbolism, India will certainly continue to exercise both civilian and military control.

The government of Nepal protested immediately to the inauguration of the new road, claiming that the road crosses the territory it claims and accusing India without diplomatic consultations of changing the status quo. Nepal has stationed police forces in the disputed region, approached the Indian ambassador to Kathmandu, and introduced a constitutional amendment to formalize and extend its land claims for around 400 sq km. India, on the other hand, has expressed its openness to dialogue but does not seem to share Nepal’s sense of urgency: it agreed to dialogue in its initial declaration, but only after the COVID-19 crisis. At a time when China was flexing its muscles on the Sino-Indian border in Ladakh and also Sikkim, Nepal resuscitated the issue, raising suspicions in New Delhi of a coordinated move against India.

Nepal’s foreign policy is becoming more and more politicised, in line with democratisation and economic nationalism. The dispute with India has been going on for years and the diplomatic establishment in Delhi and watchers in Nepal were well aware that the problem could blow up at any time. The Indian road was not constructed overnight and the Government of Nepal was certainly aware of and tracking the situation in Kalapani over the months and years preceding it. The problem had arisen in November 2019, when India unveiled its new political map, after the revocation of Article 370: as many decades before, the Indian map continued to include territories occupied by Nepal, but this time it was formally and publicly taken up by the Kathmandu Government.

Nepal has one of the youngest populations in the world, and anti-Indian sentiments have been running high, especially after in 2015’s India’s implicit support for the landlocked country’s blockade. That’s one of the reasons Nepal decided not to join a 2018 India-hosted multilateral BIMSTEC counter-terrorism exercise. Delhi had then expressed his disappointment, especially about the caving in of the Nepali government to widespread concerns about BIMSTEC as an anti-China military alliance led by India. Similarly, the Communist Party of Nepal has also created barriers to the implementation of a US-sponsored MCC grant that will upgrade the electricity transmission network in Nepal and link it to the Indian power grid.

Escalation of the problem

On 13 June 2020, the House of Representatives of Nepal passed unanimously a constitutional amendment revising the map on its coat of arms to include three areas of Kalapani, Lipulekh and Limpiyadhura that India declared to its part of the territory. The new alignment adds 335 sq km of land to Nepal. The Indian Ministry of External Affairs (MEA) accused Nepal of violating the “current understanding” of holding talks on unresolved border issues. The map change in Nepal was in response to two eight-month Indian movements. But as it faces a new map passed by the government of Nepal, New Delhi is in a difficult place because Kathmandu has carved the red lines on stone. Unless the government does not take the road to diplomatic talks, it may have options to harden its position against Nepal and could opt for punitive measures that are full of risks and may alienate the Nepalese people. As resentment developed on both sides, the two neighbours entered a new system of “cartographic wars.” In the rising conflict between India and Nepal, at least one Indian man was killed and two others injured after Nepal Armed Police Force personnel opened fire on them in the neighbouring Sitamarhi district of Bihar. India’s response to Nepal’s new map development pointedly shut the door on further possible talks.

Since the 1990s, as former Indian ambassador Jayant Prasad noted, the border conflict has been addressed through many official channels. The dispute has its roots from the 1950s. Besides Kalapani, the border area of the Susta river also had a conflict with India. Both governments agreed to discuss the issue through Foreign Secretary-level talks during Modi’s 2014 visit. Nepal says that it has since attempted to convene these talks twice, and has received no positive response from Delhi. Different conceptions of what exactly supports a diplomatic dialogue may also be at the root of the problem. In Nepal’s maximalist perspective, on the one hand, this would include all the territories it holds, including now even Limpyadhura. In India’s minimalist perspective, on the other hand, the problem is seen as more of a technical sort, based on delimitation, boundary pillars etc., perhaps reflecting why it delayed discussion. The ongoing crisis has revealed the extent to which the perceptions of both countries conflict, as well as the conflicting goals.

China’s rising presence across the Himalayas, particularly after the BRI, has forced India to readjust its policy toward Nepal. Delhi has started to shift the focus away from geostrategic denial and isolation toward greater economic delivery and connectivity. The situation acquires another obstacle against the backdrop of a simmering border conflict between India and China along with their de facto frontier – the Line of Actual Control (LAC) – a frontier that remains unmarked. Besides, Nepal ‘s ruling Communist Party administration has in recent years reached out to China for investment and improved connectivity, which has worried India.