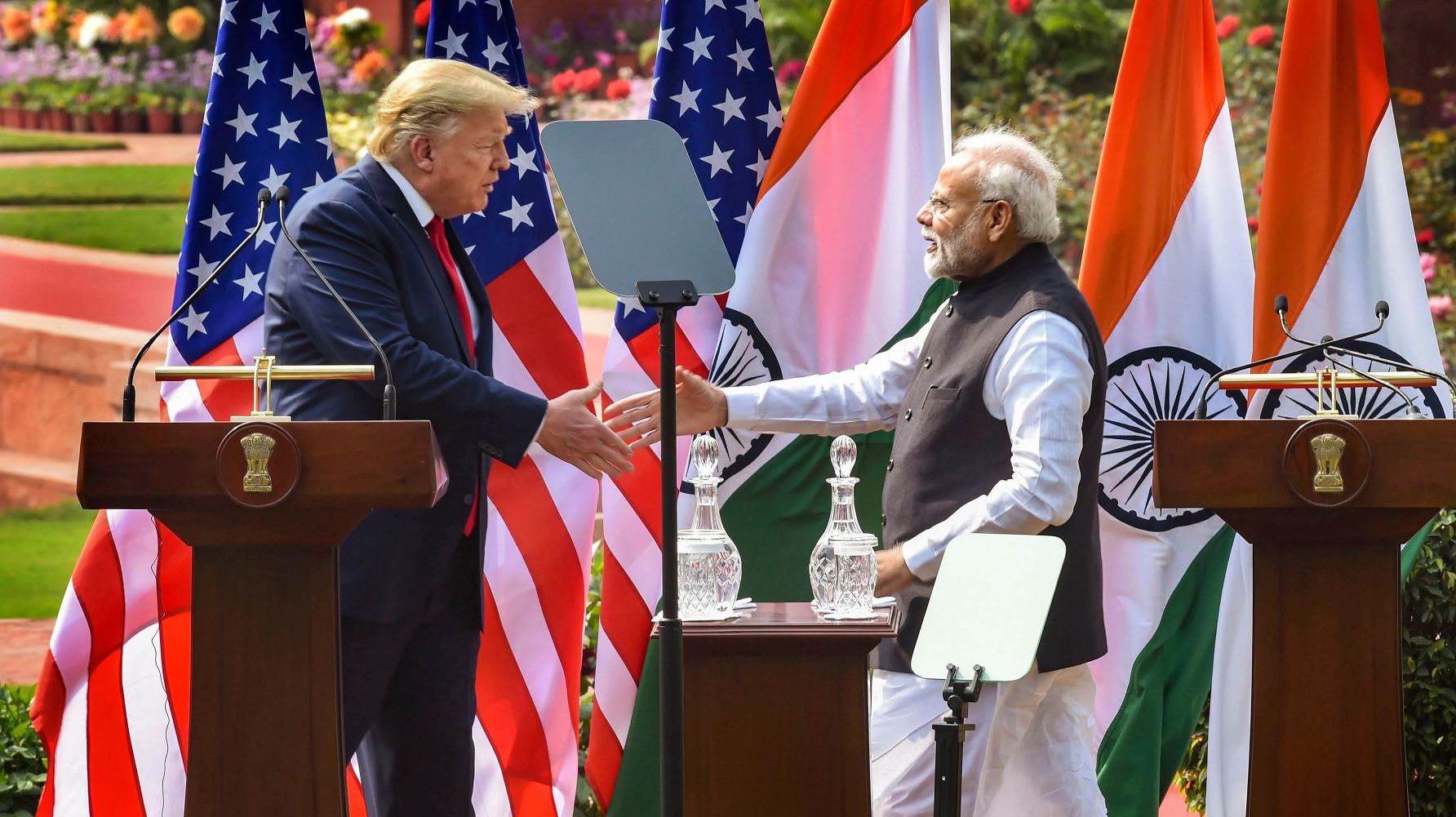 Energy diplomacy is one of the most successful and rigid components in India-US relations from the very early days. It started from the cooperation in nuclear energy and is now extended its limits to various fields including renewables and non-renewables. India-US energy partnership gained more attention in the recent past due to the way which the US has projected itself as a net energy supplier especially on shale oil and other non-renewable resources. On the other side due to the upward trajectory of development index in India, the demand for energy resources is also increasing. At such a point, for India, the US can be the best alternative to fulfil its energy needs. The recent visit of the US president Donald J Trump to India received huge criticism along with praises. The foreign policy experts, as well as policymakers, expected that the visit will cover a huge range of matters which range from the strategic engagement of both the countries in the Indo-Pacific region to the current domestic turmoil in India. However, the prediction and expectations turned out to be a little bit true, especially for the energy cooperation between the two concentrating in the Indo-Pacific region. India is one of those crucial partners for the US in the region, and cooperation in the field of energy is an important area in which both the countries have a scope to form a multi-faceted strategic partnership. The reflection of the same can be seen in the recent Trump visit and the discussions followed.

The Modi administration in India, from its very first term itself, has shown the shift in the foreign policy approach from Non-alignment to Multi-alignment strategy to secure its national interest which also includes the energy security interest. On the other side from the period of the Obama administration, the US shifted its strategic policy focus to the Indo-Pacific region, due to the shift of power centre from the west to the east. In between, the world witnessed the emergence of China as a competition for the US, catalysed the need for a strong partner for the US in the region. India also has a bitter relationship with China after the 1962 Sino-Indian war. China took a policy of aggressive expansion for establishing its power in the Indo-Pacific region, which threatened both the US and India. Also, the region, being the transit point for energy trade for India as well as the US is very crucial for both. This became of mutual interest which brought both the countries together. However, the US and India have always considered that energy secured India will bring out a bright spot in the relation and will catalyze their interest in the Indo-Pacific. The 2018 joint statement on India-US Strategic Energy Partnership was one of the important milestones in the relationship during the current Trump administration. This was due to the fact that, unlike all the early agreements and joint statement, this one covers a wider aspect of India-US energy cooperation, which includes both renewables and non-renewables. The joint statement released by the two leaders on the second day of President Trump’s last visit to India confirmed the future of the same. One of the major highlights of the statement was a proposal for strong and deep energy cooperation between both in the near future. After India putting a temporary embargo on crude oil deal with the Iranians, the US share in the total crude supply has increased largely from 1.9 million tonnes (in 2017) to 5.1 million tonnes (in 2019-2020).

During the latest Trump Visit to India, both, the leaders have agreed to boost their overall trade in Liquefied Natural Gas (LNG) along with crude oil. The partnership will include foreign investments utilizing public and private energy giants as well as a technological transfer that focuses on clean energy technology. This technological and economic support in the field of clean energy in a way will help to boost the Partnership to Advance Clean Energy (PACE) between India and the US which was signed during Obama’s era.  At present, India is fourth and fifth in the position of exporting crude oil and LNG from the US respectively. While addressing the press after the meeting with the US President the Indian Prime Minister Modi said that “the strategic energy partnership between the two countries is growing stronger. This is helping to improve bilateral investments. For oil and gas, the US has become a major source for India. In the last four years, the total energy trade has been USD 20 billion. In renewable or nuclear energy, our cooperation is getting a “new perspective.” In India-US energy relations, the role of private parties is unavoidable. For example, the decision of Indian energy giant the Petronet LNG to invest in Tellurian INC’s of the US in the Gulf coast project has created great hopes in the relation. Likewise, the recent deals including ExxonMobil with the US LNG firms will also boost the overall cooperation in LNG and other non-renewables trade between the two.

The recent visit has a huge impact on the forgotten Asia-Pacific Partnership on Clean Development and Climate (APPCDC), in which India and the US are two major founding members along with Japan, South Korea, China, and Australia. The APPCDC was framed in 2005 by these countries in the Asia-Pacific region as part of their commitments towards climate change and clean development projects. The projects come up with eight task forces in which clean energy cooperation between all these major Asian emitters is one important part.  In the following years, APPCDC couldn’t continue to play a major role in its attaining its goal. However, the recent investment in clean energy programmes by these actors in bilateral and multilateral ways can create a greater impact in the Indo-Pacific region. These are when the current visit by the US President Trump to India matters more. When the Indo-Pacific region has gained more attention from India from the past few years, energy cooperation is a possible means by which India and the US can converge their best interest in the region.

For both the US and India, an open and free Indo-Pacific is the greatest mantra. On the other hand, the Chinese see this as a containment policy. When energy has evolved as a key element in President Trump’s economic agenda, the developing economies such as India became a better option for the US for its economic as well as political and diplomatic interest. This energy cooperation in the Indo Pacific region with India can act as a countermeasure to China led energy infrastructure projects in the region, in which some are part of the ambitious Belt and Road Initiative of Xi Jinping administration. The current India-US energy deals which were discussed during the last visit will help the US to promote its Asia EDGE (Enhancing Development and Growth through Energy) programme. Since India is one of the major importers of US shale gas and oil, India can become a suitable partner for the US in the programme which mainly focuses on cooperation in energy security in the region.

Indo-Pacific has already become the centre of world energy trade and commerce, driven by the growing energy demand in the region. The rise in the energy profile in the developing Asian countries like India has created a great opportunity for energy giants like the US for better investments and growth. In India’s case, the overall energy demand is expected to double by 2040 due to its rapid development. Also, IEA 2020 analysis says that India will possibly surpass China in total oil consumption by the mid of 2020. However, the current COVID-19 Pandemic has seriously affected the global energy market highly, including that of India’s. At this point enhancing its energy partnership with the US will only help to secure India’s energy security and for the US, the partnership will help to make a stronger ground in energy flow through the Indo-Pacific.