How COVID-19 has Disrupted the Indian Economy? 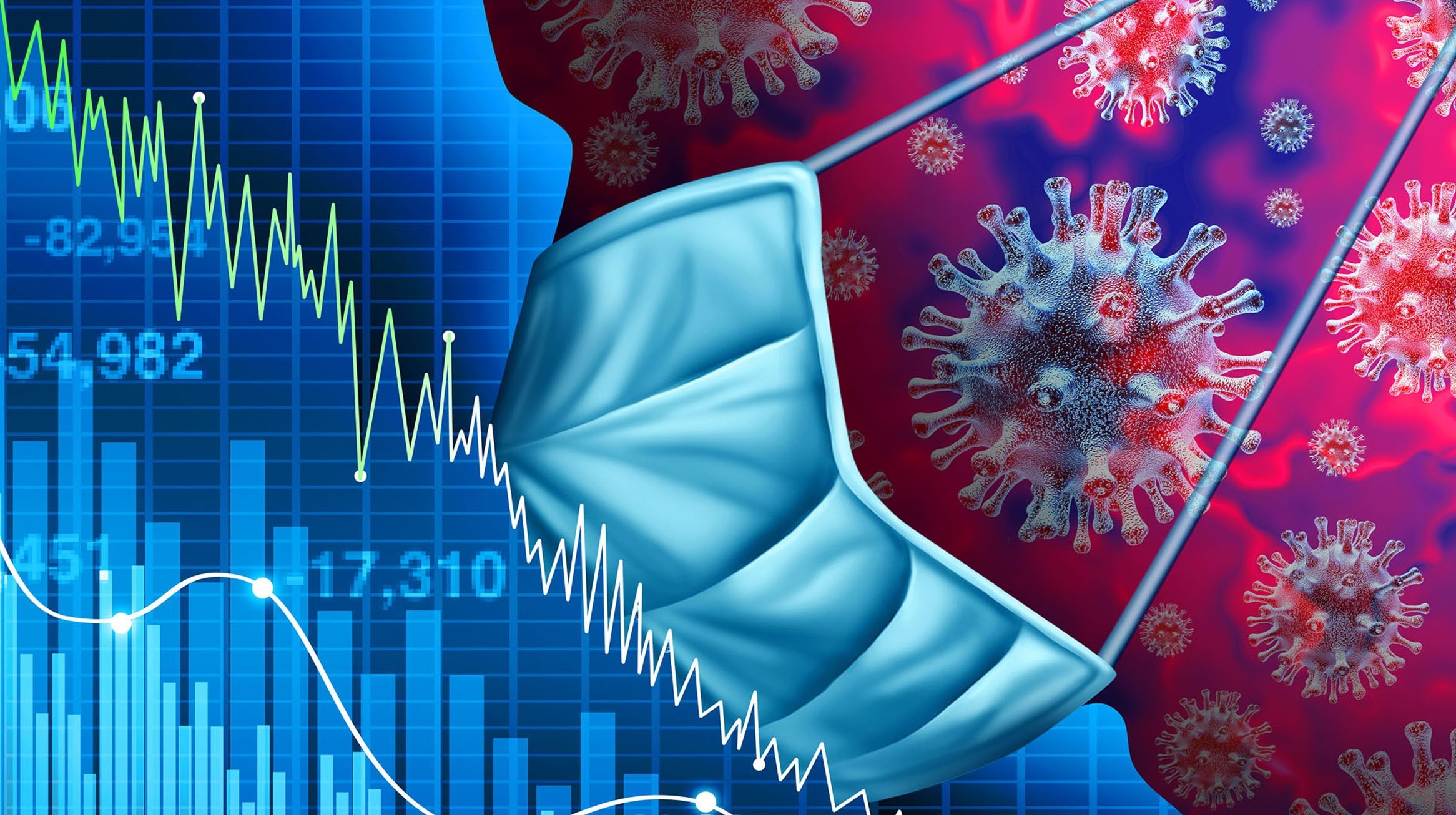 According to the World Bank, South Asian countries are likely to record their worst growth performance in four decades this year due to the coronavirus outbreak. The South Asian region, comprising eight countries, is likely to show economic growth of 1.8% to 2.8% this year, the World Bank said in its South Asia Economic Focus report, well down from the 6.3% it projected six months ago. Other than India, the World Bank forecasts that Sri Lanka, Nepal, Bhutan and Bangladesh will also see sharp falls in economic growth.

World Bank’s Chief Economist for South Asia, Hans Timmer said India’s outlook is not good. In the event of prolonged and broad national lockdowns, the report warned of a worst-case scenario in which the entire region would experience an economic contraction this year.

On 24 March 2020, the Government of India under Prime Minister Narendra Modi ordered a nationwide lockdown for 21 days, limiting movement of the entire 1.3 billion population of India as a preventive measure against the COVID-19 pandemic in India. It was ordered after a 14-hour voluntary public curfew on 22 March, followed by enforcement of a series of regulations in the country’s COVID-19 affected regions. The lockdown was placed when the number of confirmed positive coronavirus cases in India was approximately 500.

As the end of the first lockdown, period approached, state governments and other advisory committees recommended extending the lockdown. The governments of Odisha and Punjab extended the state lockdowns to 1 May. Maharashtra, Karnataka, West Bengal and Telangana followed suit. On 14 April, Prime Minister Narendra Modi extended the nationwide lockdown until 3 May, with a conditional relaxation after 20 April for the regions where the spread had been contained or was minimal. On 1 May, the Government of India extended the nationwide lockdown further by two weeks until 17 May. The Government divided all the districts into three zones based on the spread of the virus—green, red and orange—with relaxations applied accordingly. On 17 May, the lockdown was further extended till 31 May by the National Disaster Management Authority. On 30 May, it was announced that the ongoing lockdown would be further extended till 30 June in containment zones, with services resuming in a phased manner starting from 8 June. It is termed as “Unlock 1”.

The government is undertaking measures to contain the health and economic fallout, and the RBI has begun providing calibrated support in the form of policy rate cuts and regulatory forbearance.

Earlier, a United Nations International Labour Organisation (ILO) report claimed that the COVID-19 crisis has the potential to push around 40 crore informal sector workers (90% of people working in the informal sector), in India deeper into poverty, with the lockdown and other containment measures affecting jobs and earnings. As per ILO, India is among the countries less equipped to handle the situation.

With factories and workplaces shut down, millions of migrant workers had to deal with the loss of income, food shortages and uncertainty about their future. While government schemes ensured that the poor would get additional rations due to the lockdown, the distribution system failed to be effective. With no work and no money, thousands of migrant workers were seen walking or bicycling hundreds of kilometers to go back to their native villages. Many were arrested for violating the lockdown and some died of exhaustion or in accidents on the roads.

On 1 May, the central government allowed the Indian Railways to launch “Shramik Special” trains for the migrant workers and others stranded. On 26 May, the Supreme Court admitted that the problems of the migrants had still not been solved and that there had been “inadequacies and certain lapses” on the part of the governments. It thus ordered the Centre and States to provide free food, shelter and transport to stranded migrant workers.

In a conference call with reporters, World Bank Chief Economist for South Asia Hans Timmer said India’s outlook is not good. And if the domestic lockdown is prolonged, then the economic result can be much worse than what the World Bank has in its baseline range of forecasts.

The decline in demand and supply have been aptly summed up as a ‘feedback loop between aggregate supply and demand’ by two professors — Andrea Galeotti and Paolo Surico from the London Business School.

India also faces a huge decline in government revenues and growth of the income for at least two quarters as the coronavirus hits the economic activity of the country as a whole. A fall in investor sentiment impacts privatization plans, government and industry.

The Organization for Economic Co-operation and Development (OECD) revealed that they have cut their expectation for global growth to 2.4% from 2.9%, and warned that it could fall as low as 1.5%.

Fear of Covid 19 has restricted individual movement. The lockdown in India had a significant impact on the economy mainly on consumption (Aggregate Demand), which is the biggest component of GDP. Government revenues and growth of income has declined and this trend may continue for another two quarters if not more. Declining consumption has led to the closure of businesses impacting global supply chains. The impact of COVID-19 is being felt across sectors like logistics, auto, tourism, metals, drugs and pharmaceuticals, electronic goods, MSMEs and retail.

Dun & Bradstreet data shows that at least 6,606 Indian entities have legal linkages with companies in countries with a large number of confirmed COVID-19 cases.

India’s exports dipped by a record 34.57% at $21.41 billion in March, as compared to $32.72 billion in the same month last year due to a sharp decline in shipments of petroleum products, gems, jewelry and leather, which had taken the total exports in the period 2019 -2020 to $314.31 billion. This dip was attributed to the disruptions in supply chains and demand which cancelled orders.

India’s imports have contracted by 28.72% to $31.16 billion. This is the biggest dip since November 2015 when imports went down by 30.26%. The fall in exports and imports narrowed the trade deficit, which is the difference between imports and exports, in March to $9.76 billion – the lowest in the last 13 months. It was $11 billion in March last year. Except for Iron ore, which registered a growth of 58.43%, all other commodity/commodity groups have registered negative growth in March 2020 vis-a-vis March 2019.

A widespread recession could be just around the corner. However, the success of financial measures announced and the measures taken to prevent the spread of COVID 19, will take a long time to be visible. At the moment the situation is uncertain and much will depend on how the organizations prepare to restart the economic activities. And much of this depends on the current lockdown situation.

In the words of former RBI governor C. Rangarajan, ‘Government of India must provide lifelines to businesses – extend loans and tax waivers to small businesses and the self-employed to retain staff – give direct support to severely affected industries and provide more funds to states, tax waivers to households etc.’

The unavoidable declines in trade and output will have painful consequences for individuals and businesses on top of the human suffering caused by the disease itself. The immediate objective is to bring the pandemic under control and mitigate the economic damage to people, companies and countries.

1 reply on “How COVID-19 has Disrupted the Indian Economy?”