Crony Nemesis Indo-Nepal Ties: Not Only The Kalapani’s Clout 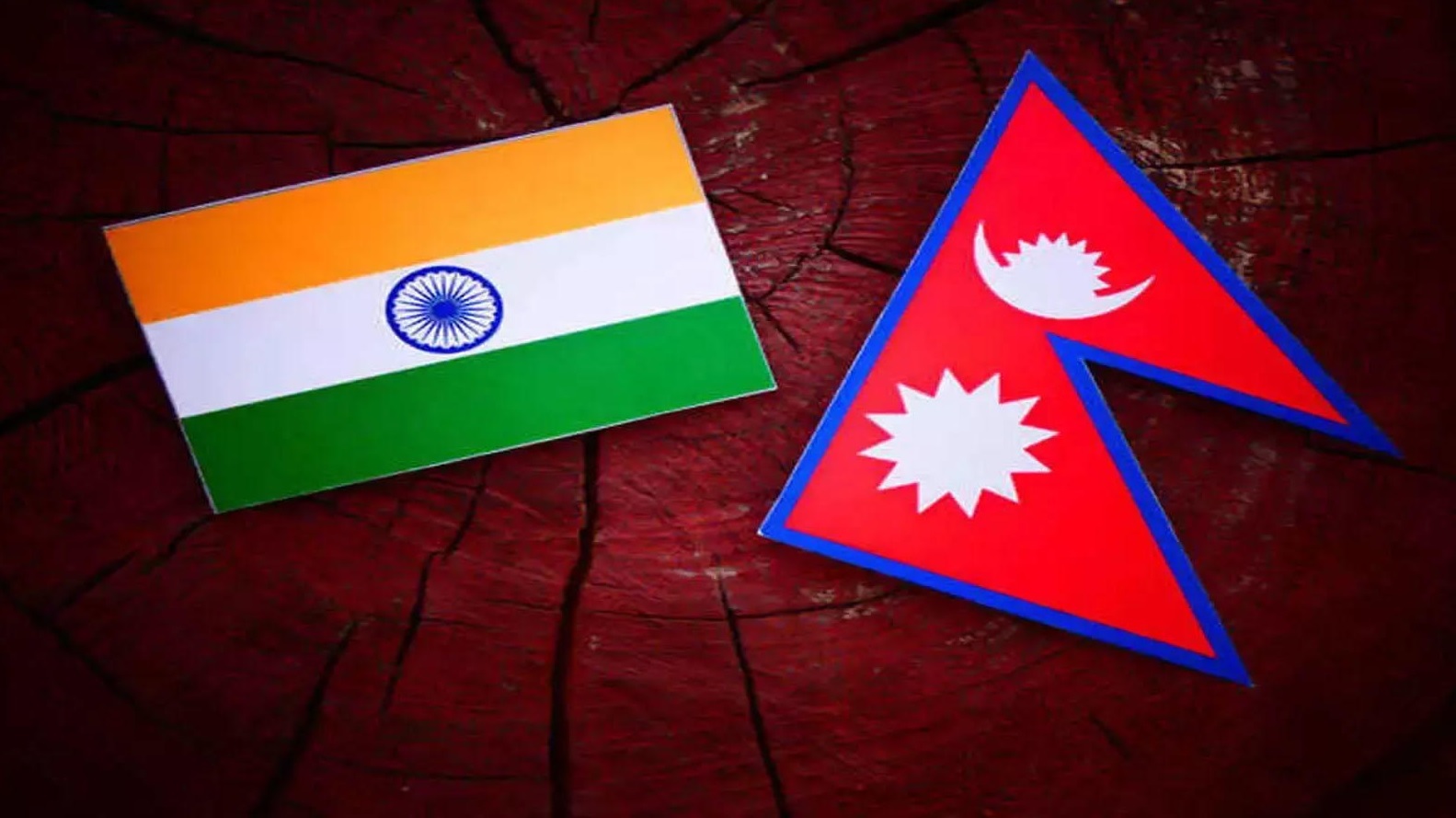 Geopolitik is well known for its uncertainty and the narrative of being starry-eyed takes to the Kenneth Wattz comments on ‘The Balance of Power in International Politics’ as the “frightening, and sometimes bewildering, phrases”. The relations between India and Nepal start from ‘Magadhan and Licchavi matrimonial’ to ‘Roti Beti’ ties that has a common history, for instance – Vikrama Samvat Era (Nepal’s official calendar) that remarks a Ganga Valley Hindu king bringing Nepal’s terrain under his territory which eventually led to Shah-Rana dynasty foundation. Being glued strongly in history, independent India had strong and amicable relations with Nepal and aided Nepal in every endeavour. However, the border issues raised since the 1990s by Nepal were smoothly negotiated by the respective country’s Technical Committee to settle the standing border issues on the Indo-Nepal border. Not reaching consensus was the thin strip of Kalapani which measures less than one-third of Gilgit Baltistan’s size. That thin strip now inerts strife between the two democratic countries that makes further boundary settlement talks on that more complicated, and bit seasoning were done through cartography and the deadly internet nationalism is fueling the contentious issues. This article analyses the Indo-Nepal current relationship through the prism of Kalapani dispute, ramifications between the two countries by mooting a question Does Indo-Nepal relations heading to crony nemesis?

An instant of elaborate research carried out to test the fallibility of Mandala the famous exception always used to quote was Indo-Nepal relationship. However, the shifts which Nepal had undergone in the recent past, were radical to the core, widely witnessed was the replacement of Monarchy by Republic that was done in a stroke by then constitutional assembly. These radical changes in Nepal’s political system were not only witnessed within its internal affairs but also in its external affairs. This paradigm in which Nepal moving ahead finds the open border with India as an aggressor to its territorial sovereignty. A clear understanding is imperative to understand why the problem was not flagged during the days when the British were departing from the Indian Subcontinent but after 60 years the narrative of Nepal being a member of British India’s Chamber of Prince and had the liberty to raise at that instance or during Friendship Treaty negotiation.

Strictly speaking, Non-Alignment is still a guiding principle to the Republic of Nepal and an explicit reference in Article 51of its constitution states so. In the cold war era, it has been widely commented by some sections of Marxian Scholars that NAM romanticizes Socialism. India’s departure from NAM, as its principal form of Statecraft, observed post the 1990’s reforms then followed by a principle of dilution to NAM for aligning with strategic autonomy was widely observed, even remarked by then India’s Foreign Secretary Vijay Gokhale. With this distinction, it is widely perceived that the 1990’s reforms depicted that India would follow Socialism in the letter but not by spirit. The departure from Socialism, by spirit, in India coincides with the time during which Nepal was undergoing a political transformation and the immediate result of that, just before the end of the 20th century, was the border issue that has been flagged by Nepal. From that till 2015, all the standing border issues were negotiated and solved at technical co-ordination except Kalapani due to the constant argument from the Nepal side to fix that river as boundary and rejecting the concern of river migration.

The factor that binds NAM, always like a curse, the countries abiding by NAM exhibits a political attraction to the Communist country primarily and the possible analogy would be the crafter or architectors for NAM are socialist like Pandit Jawaharlal Nehru. That was also widely quoted as one of the reasons how Sino-African Nexus happened in a short span and coincidentally the majority of African States are members of NAM and still follow NAM as their principle statecraft. In that note, a good example to quote what had happened in Nepal’s internal affairs when the Chinese Ambassador to Nepal lobbied to save Prime Minister Oli’s chair. To have a disclaimer here, the intention is not to criticise the NAM and the countries that use NAM as its statecraft but the inferences justify the NAM’s political culture posses the tendency to romanticizes the Socialist countries. Thus China’s hand in ongoing tussle shall not be ruled out and thus justifies the Hon’ Major General Navarane’s statement.

Realpolitik since Thucydides elucidates the Smaller States sees the Larger States with the perception of threat to its Sovereignty. What Nepal foreseeing is true to that extent but negating a wide fact of ‘People to People interaction’ which exists between India and Nepal is not rational. At the same time, Nepal’s ambition to shift from a landlocked to land-linked state sees Lipu-Lekh as a primary source to realize. However, Indo-China 2015 agreement been the first blow to Nepal’s ambition to be a land-linked country. Added, to that the recent changes in India’s State and Union Territory (post scrapping Article 370 in Indian Map) missed the explicit reference to the Kali river that aggressed Nepal more however a non-partisan study will say that nothing has been changed. The missed chances of Foreign Secretary-level dialogue, on an undisclosed note, depicts the existence of lackadaisical attitude with the New Delhi’s South Block and not cognizing the potential of this issue of how it could hinder India’s ambition to raise its Global Stature, had given more rooms for speculation.

Typically, India engages with the Elder Brother attitude in its relationship with the Neighbouring countries and especially with Nepal in terms of an open boundary, recruitment, and military services, etc. However, the current Nepalese politicians are interested to depict it as a Bigger Brother attitude that resulted to see India as a hegemon. For instance, now Nepal’s nationalism is being built on the fact to vilify India that the Indians know what is the best and good for Nepalese than them. This growing narrative further complicated by the internet nationalism and the Government of India reluctance to post a censure note against the Indian Media houses conducting shows that instigate bitterness amongst peoples in India and Nepal. If Government proactively had engaged with seriousness, by putting a Note, to its media houses that they would have helped to glue the Nepalese’s trust in the Indian Government. In a more pragmatic approach, if India explained in first hand, how the new road built to make Mansoravar Yatra safe for everyone that includes Nepal Hindu’s, it would have served for gluing the cultural connection than political games. The fallacies are not only restricted with the Indian side but also with Nepal: Nepal’s Prime Minister had opted to prefer “Indian Virus” as a threat to Nepal’s interest by negating the fact of how Nepal’s economy benefit from India through remittances, Incredible India, HRIDAY’s Buddhist Circuit, etc.

India and Nepal tussle now depict how two brothers who are linked by blood are quarreling. With the fact of amendment in Nepal ahead, Indian sides must start any Track level dialogue that would help to diffuse the tension between India and Nepal. India shall bring its concerns about how river-based boundaries will not be an enduring solution with the Himalayan ecosystem prone to evolve that will affect the course of the river in the future. Claiming based on historical fact by cherry-picking also not rational by taking two valid statute fact: First, the recent International Court of Justice arbitration declared void in the South China Sea case that ruled against China who cites Historical reason for claim over the South China Sea. Second, Indo-Nepal 1950 friendship treaty Article 8 clearly states that “So far as matters dealt with herein are concerned, this Treat: cancels all previous Treaties, agreements, and engagements entered into on behalf of India between the British Government and the Government of Nepal”. The latter mentioned grounds the fact that the current Nepal government is steering a wrong bat that violates the 1950 treaty. The need of the hour is dialogue and not the cartographic war, Nepal’s Premier stakeholders shall take the spirit of a more recent treaty that was signed by Independent India and not British India because the latter had included Nepal also a Princely States its Chamber. The dialogue and co-operation are needed and at the same time, the Indian Government has to cognise the growing attitude among Nepal citizenries against India which explicitly will affect India’s National Security as such Nepalese are eligible for recruitment in India Government’s Civil and Military offices. The tangible takeaway, there is a need for a pragmatic approach by India to solve not only the border issues at Kalapani disputed area but also the growing negative attitude in the Nepalese minds that would possibly affect the longterm “Roti Beti” relationship.

3 replies on “Crony Nemesis Indo-Nepal Ties: Not Only The Kalapani’s Clout”