Diplomatist > Climate & Environment > Home Featured > Arctic Oil Disaster: What are the Damages Caused by the Oil-Spill and its Future?

Arctic Oil Disaster: What are the Damages Caused by the Oil-Spill and its Future? 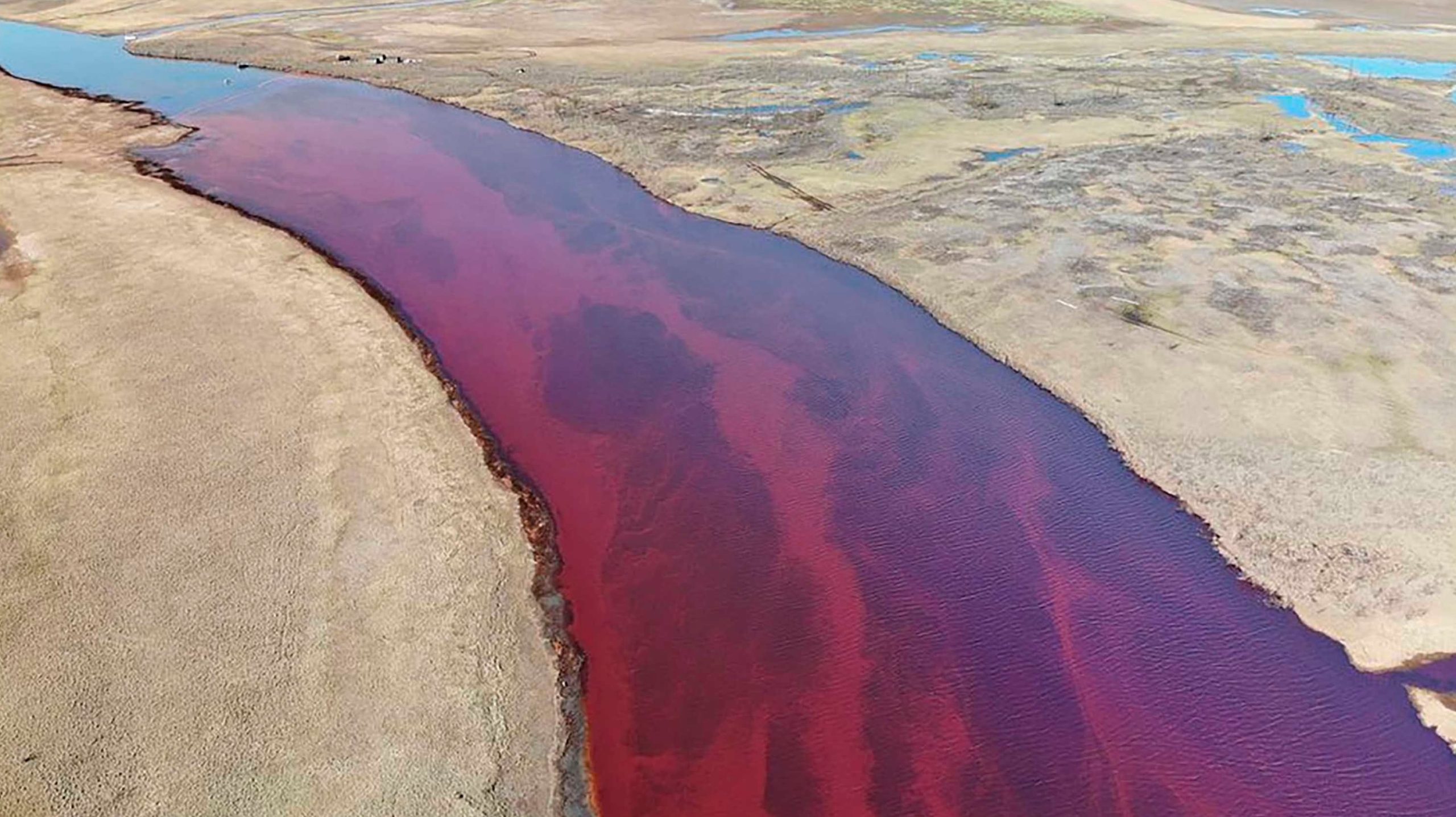 Mankind has already faced a number of environmental disasters before and is still suffering from its after-effects. Amidst of which there is another grave environmental damage that took place in the Siberian peninsula recently, which led Russian President Vladimir Putin to declare a state of emergency in the Arctic region. Termed as the Arctic Oil-Spill, this is seen as the second-largest oil spill in Russian history, which will take decades to clean up and is severely harmful to the ecosystem. This horrific incident has been seen as a case of the devastating effect of climate change.

ARCTIC OIL SPILL: What and how of the event?

This environmental disaster was reported on 29 May, when more than 20,000 tons of diesel leaked into the Ambarnaya river after a fuel tank collapsed in Norilsk, Russia. This oil spill turned the river crimson red and this can be even seen from the space. And the more worrying part of the spill is that this river has shallow waters that flow into the environmentally sensitive Arctic Ocean. Soon after this, emergency measures were announced in Russia’s Krasnoyarsk region in the Siberian Peninsula. This leak happened at a thermoelectric power plant at Norilsk, which was built on permafrost. Permafrost is what it sounds like — it is permanently frozen ground, a combination of ice and soil. So, due to the increasing temperature or global warming, there is a weakening of the permafrost and there is instability in the structures that are built on such ground. And this poses a great danger to a lot of buildings and plants in Russian landmass, which comprises 60% of such permafrost. Hence, this weakening led the pillars that supported the power plant’s fuel tank to sink and the leakage of the oil to the river.

Through this event, we can look at the devastating effect of climate change on permafrost, glaciers and how it can threaten such buildings that are present in numerous such areas. There is a rise in the global temperature, which is causing the melting of ice and permafrost layer. Therefore, the structures built on such ground are under threat of collapsing any time soon. Such permafrost exists in countries like Alaska, Siberia, Canada, and Greenland and according to a study in 2017, there are almost 35 million people living on such ground. Hence, the crumbling of soil will have far more reaching effects on people’s lives.

Permafrost is not just supporting these structures but it also stashes away carbon dioxide to prevent climate change. As we all know if this carbon dioxide escapes from the ground it will cause much more damage. This permafrost holds almost double the carbon dioxide than the present inside the earth. Apart from preventing climate change, this layer holds a lot of viruses inside it and when this layer melts those viruses will be out in open to threaten human life. So, we can say that if permafrost melts then there will be some irreversible damages to the planet earth.

Impact of the oil-spill and how it can be tackled?

Looking through the amount of oil leaks and the shallowness of the river as well as the existing weather conditions of the region, it can be surely said that it is a big disaster and will take a lot of time and cost to recover. Right now as per various reports by different organisations, the diesel will be there in the water for a long time and only a small part of it can be cleaned and it will cost around $76 million for the Arctic waterways. Many adverse impacts of the oil-spill are forwarded such as — it will hugely damage the aquatic species present in the water bodies, such an oil-spill will cause fire hazard and which will result into air pollution, the amount of toxic chemicals emitted from the oil will be oxidised into the troposphere and will be inhaled by humans and animals which will then accumulate into their system, and the shoreline of the ocean will be affected by this. Apart from them, it will affect the trade based on fishing and tourism, also the eggs and larval will be affected and will be disastrous for the biodiversity present in the region.

Because of such perverse impacts, scientists, environmental organisations, think tanks and policymakers are searching for techniques to tackle such incidents and minimize the impact on the environment. Large scale work on such oil spills started in the 1970s and different techniques were tested to clean up the oil. These are some methods and solutions that are proposed such as the use of boomers, skimmers and in-situ burning. Then another solution was Bioremediation to disintegrate the oil through Alcanivorax and Methylocella Silvestris bacteria. Other remedial measures include machinery to collect oil from the beach, dispersants to turn the oil into water-soluble micelles and many more. But, none of them yet claims to be fully effective and clean up the entire diesel in the ocean.

Currently, there is an ongoing effort to clean up the arctic oil spill with available solutions and technology. Also, the US has offered its help to the Russian authorities in tackling this situation keeping aside their disagreements on other issues. And such action highlights the severity of this environmental disaster, that can affect the whole of humanity. But, this incident has again brought to light the issue of climate change and melting of permafrost and how in the near future this can be repeated. In response to which, the concerned authorities such as NTEC teams are now conducting inspections to assess the fuel tanks storage in other building on permafrost, so that another hazardous incident could be prevented. But that’s not all, the countries should understand the effects of global warming and curb their emissions for a safe and sound future for our coming generations.

2 replies on “Arctic Oil Disaster: What are the Damages Caused by the Oil-Spill and its Future?”