Diplomatist > Asia > Home Featured > The Geopolitical Migraine: ‘Not a Peaceful Rise for China’

The Geopolitical Migraine: ‘Not a Peaceful Rise for China’ 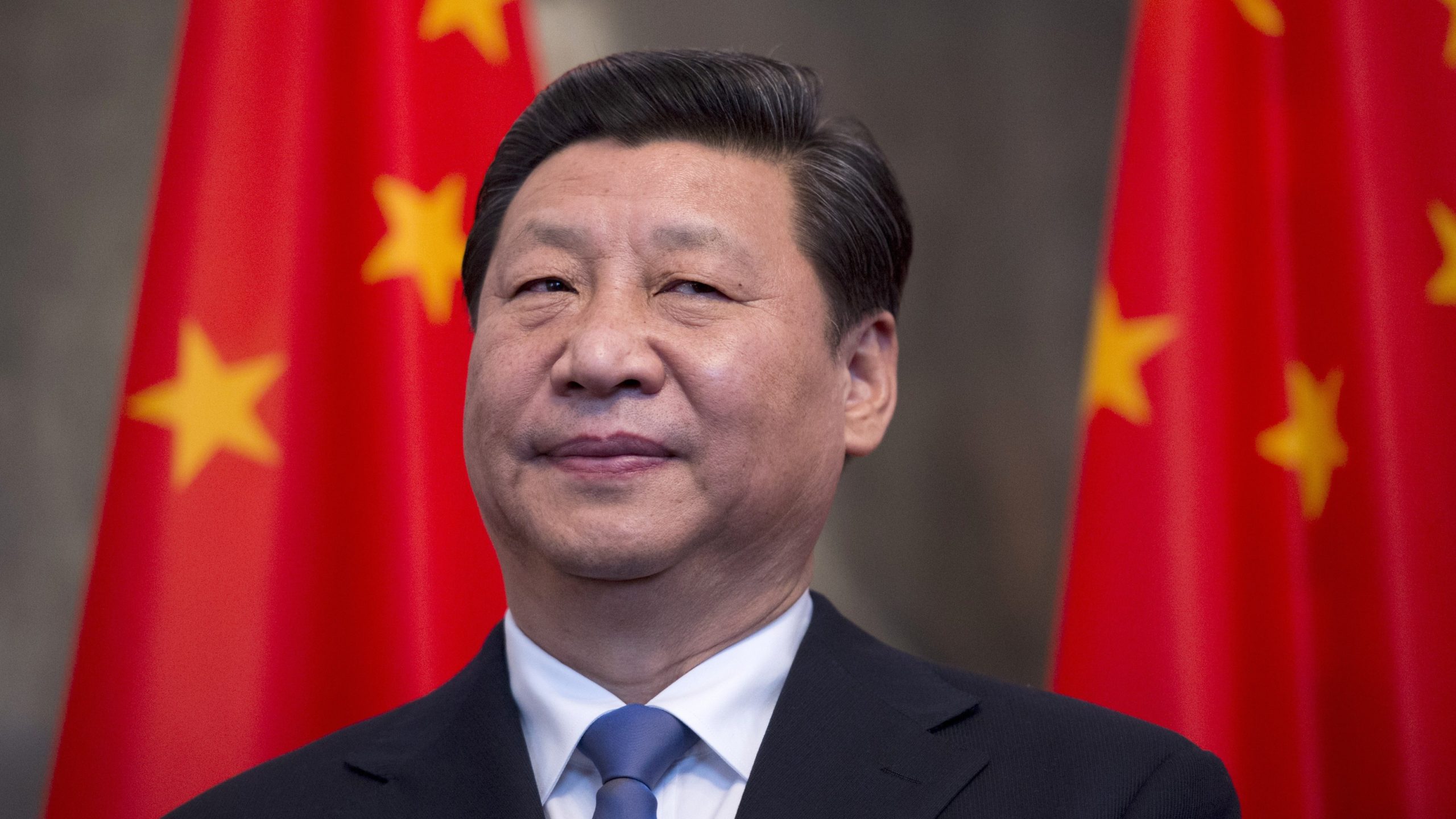 While China continues to sneeze post-COVID-19, it seems to be giving migraine to the whole world. It has intensified its aggressiveness against India, U.S, and so on ever since the virus outbreak. The ‘Geopolitical Migraine’ that has gotten on the nerves of the contemporary world due to China is an indication that the ‘Thucydides trap’, exists which indicates that China’s rise is unquestionably ‘not peaceful’. The global order has encountered several modifications, the newest of is, that of the ’emergence’ of new nations as influential actors in the system such as China and India. Considering the beginning of the 1990s, the mounting of China in military capability, political power, and economic development, have fascinated both scholarly and state attention. China’s “peaceful rise” strategy was originally proposed to counter perceptions of a “China peril”.

Several nations have been encumbered with maps that were truncated after over a couple of centuries of colonial rule. Many bloody battles were fought over boundaries. While cartographies broke, inducing conflicts to a finish, the struggles and disagreements continued. One of the manifold notable changes in the world in the past decades is the opening of China to the external world. In the early phases of China’s opening, external powers affected the country’s economy, regional stability, government, and the political power of regional leaders in the waterfront domains. China’s connections with other nations historically were not eternally tranquil. For instance, China did involve in war with its neighbors during the Ming dynasty.

The idea of “peaceful rise” was an ordered policy, which arose under the administration of Hu Jintao. The term was an effort to refute abreast of the “China threat theory”. The “peaceful rise” approach endeavoured to portray China as a reliable global player, highlighting its soft power and that China is necessitated to its domestic matters by enhancing the well-being requirements of its citizens before intervening in foreign affairs.

According to Sun Tzu, a renowned Chinese military tactician, “winning without fighting” is the greatest “art of war.”  In 2004, China’s Premier Wen Jiabao affirmed that China’s accession “will not come at the expense of any other nation, will not stand in the way of any other nation, nor pose a threat to any other nation,” as per the official Xinhua news agency. But the ‘China grab land’ in many countries and China’s present artifice and expansionist policies portray the contrary. China has been attempting to alter the laws of the international system, which might not sound well with the idea of a peaceful rise. Contemplating that Xi Jinping propelled a very grand agenda for the country as soon as he took over as China’s president in 2013, one should anticipate anything less formidable in the near future. China has also advocated the elimination of the two-term limit on the presidency position, certainly acknowledging Xi Jinping to continue in power for life. In the book, ‘Harmony and War: Confucian Culture and Chinese Power Politics’, the author Dr Yuan-kan Wang postulates that China will slowly shift to an aggressive ambitious artifice after gaining ample horsepower. Mearsheimer’s book titled the ‘Tragedy of Great Power Politics’, asserted that the ascension of China in the 21st centenary would be laden with hurdles.

A strong strategy for the United States was the U.S Containment policy to prevent the Soviet threat in the Cold War. But a clear containment policy cannot be sculptured in the contemporary globalized system, as it appears complicated to raise an “iron veil” due to expanded economic relations between China and the rest of the world. With the end of the Cold War in 1989 and the disintegration of the USSR, the U.S. rose as the most dominant nation in the global forum. However, the economic development of Asian nations pointed to a more comprehensive development of multipolarity in the global system. China’s ascension signals for the first time in over hundreds of years that an alternative non-Western power, a preceding sufferer of Western or Japanese colonialism, is attempting its position in the ranks of great global leadership. State power is now determined not only in military terms but also in economic terms. Nevertheless, accelerated economic growth of nations like China also indicated that actors arose in the international sphere due to their expanding economic clout that presently have a voice in international relations. Today, the Chinese adventurism and expansionism on sea and land has been oxygenating China. China is now poised to deploy its military and economic strengths to advance its national interest on numerous fronts in a naked and unhindered way. China wants a global order with Chinese characters where liberal values are of little value as a course of action for human advancement and development. The Chinese recalcitrance and its complete readiness to progress its interests in contrary to the grain of international law, diplomatic negotiations and codes of conduct- China believes that their sun has risen and will not set now.

Before taking over as ‘numero uno’, China wants to challenge the status quo and national interests. China’s ‘core interest diplomacy’ is the fundamental step to expose its nuts and bolts position for a future partnership that should be engaged with great caution. Post-2008 global recession, China pulled off its hood of ‘peaceful rise’, by showing its true appearance of expansionism and hostility. China’s economic bouncebackability became apparent after it drove over the 2008 global crisis moderately safe, and through the years it grew more prepared to advance itself, notably following President Xi Jinping. During the 19th National Congress of the CCP in 2017, Xi Jinping announced that, while Mao Zedong affirmed China’s liberation from colonialism and Deng actualized economic prosperity and reforms, Xi would make China powerful again in the 21st century. Xi’s rise to leadership was a turning period in China’s foreign policy rulings.

Several international relations theories had foretold various outcomes of China’s future and still continue to do so. The evolution of a new post of leadership (in the case of China) has appeared often in severe alterations in the foreign political fabrications that have eventually resulted in war, is well manifested within the offensive realism of international relations that is the ‘Theory of hegemonic stability‘. The realist theory debates insinuate that China expands aggressively. The power transition theory prognosticates the association between the existing powerful state, the US, and the mounting potential challenger, China. The rise of China as an important actor in global politics has begun to question the old hegemony of the U.S. The ‘bitter-and-sour’ Sino-American alliance has stirred from dispute to encounter, to competition and back to dispute, but the alliance rarely highlights on collaboration. However, analysts point to a horsepower shift from the U.S to China in the Asia-Pacific as inevitable in the coming future. China’s rise demonstrates that the U.S should implement a hedging strategy to deal with China’s unpredictable tomorrow or the widespread notion that a growing China will seriously imperil U.S. security could become a self-fulfilling prognostication.

As China is continuing to initiate the redistribution of power and its grinding aggressiveness, this is an open welcome to India’s rise as a strategic counterweight among China’s worried next-door-neighbors and African countries that see China’s aid diplomacy as a dent. Over the last decades, China has used its ‘All-weather friend’, Pakistan as a tool against India including the transfer of missile technology and nuclear weaponry designs to Pakistan in an open breach of all global measures and treaties to cause difficulties to India. The India-China war of 1962 has left blemishes on the Indian psyche. India has to become correspondingly robust in all regards not because of any intention to cause conflict but to preserve the regional security by engaging with other nations to counter China. A topographically bordering Asia is politically split and economically diverse. The need to be well-heeled may diverge it more even as the vision of the Asian Century seems to be transforming into an actuality with the sharp rise of China as a regional power contending for a global position. China which is on the brink on working in achieving ‘superpower status’ by giving into sharp power, land grabs, it is proceeding into disputed waters, asserting its maritime claims, changing the rules of the international order, trade war with the U.S, Taiwan’s independence aspirations being thwarted and the new imposition of the Hong Kong law, the Huawei issue, debt traps, COVID-19 cover-up, declining soft power propaganda, economic exploitation etc., has inflated concerns which indicate ‘not be a peaceful rise’ for the Chinese dragon to navigate and its fire of fury might be extinguished by the rest of the world.

The persona of China as an authoritarian government headed by a closed-door Communist Party presents a truculent and belligerent force for the world. China’s disinclination to play by international rules makes its ‘Not so peaceful’ rise a focus of deep interest. The Chinese dragon consumes a lot of time agonizing on what other nations hold of it.

China should consider following, Winston Churchill’s “Jaw-jaw is better than war-war” way in dealing with other nations. It must ensure that its rise should be conducted in a way that does not disturb the relative harmony and security of the world. China should consider conducting “Careful Diplomacy” with nation-states or it might end up facing further backlash from the world and the realization of the great rejuvenation of the ‘Chinese dream’ and the goal to turn China into a leading global power in the future will remain a dream. China’s rise cannot be peaceful unless the world leaders will promote China’s further inclusion in the global system and regards China as part of the solution than an obstacle.

China must begin a consensus-building process with its neighboring states where all actors can undertake to fix the predicaments and conflicts by non-violent means. Also, India’s most consequential contribution to China’s rise would be its speedy emergence, strategically and economically along with continued reforms in terms of national potential and human resources. The Indian elephant will have to contend with the Chinese dragon in the near future, whether the former chooses to do it or not. The threat from China is very near and real. China must realize that they can’t do a George Floyd on a nation like India. No knee to our neck will work. Unshackled India would be its most pressing competitor for horsepower and standing in Asia and beyond.

1 reply on “The Geopolitical Migraine: ‘Not a Peaceful Rise for China’”