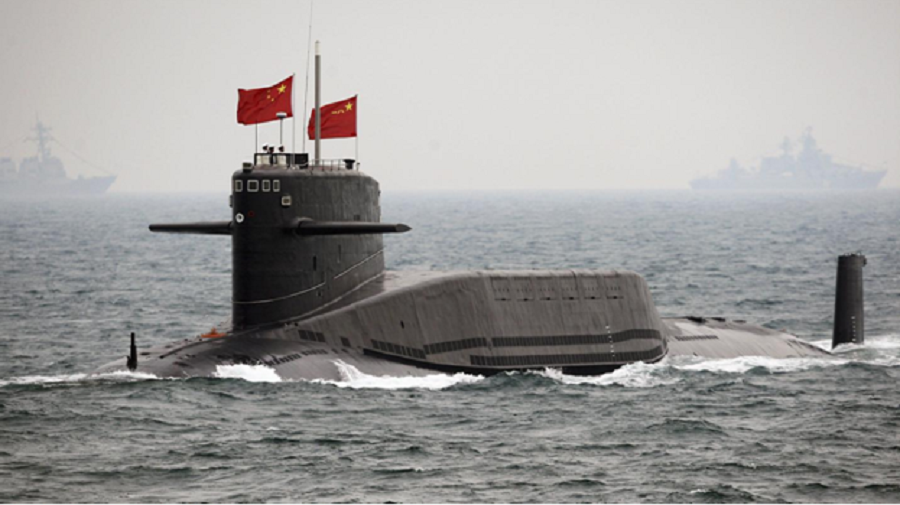 The scuffle broke out between India and China on 05, May at LAC (Line of Actual Control) is gaining international attention as even the U.S. President Donald Trump has expressed his willingness for Mediation. At the same time, the tensions have been on the rise for just about a decade in waters at the Indian Ocean Region (IOR). The competition for dominion in waters requisite a renewed appraisal as the standoff at high altitudes creates one more diplomatic strife between both nations. Whether it is the Chinese economic expansion in the Indian Ocean littoral states or the Maritime Silk Road strategy or the increased naval deployments in the IOR, all get added to New Delhi’s exasperation.

Why Beijing is Being Anxious about IOR?

For the Chinese leadership, the Indian Ocean supply lanes are imperative to safeguard the country’s vital strategic, political and economic objectives. The seaborne energy imports and the movement of shipments directed to and from the People’s Republic of China (PRC) are of great magnitude for the country to preserve prolonged economic progress which serves as a backbone of its political expansion. The slowdown of economic growth resulting from naval blockade thereby have a bearing on the political stability and could cast doubt on the legitimacy of the Communist government. The Chinese leadership, albeit being confident of its military dominance over New Delhi have reservations of India’s growing defence capabilities and enlarging ties with the U.S. and other countries in the region. Beijing regards New Delhi as a potential rival and is in a hurry to establish its sway over the region, traditionally dominated by India.

Chinese Footprints in the Region

Taking advantage of its economic clout, PRC has made inroads to the region by financing infrastructure projects, Belt and Road Initiative and Maritime Silk Road strategy.  The Chinese strategic assets in the Indian Ocean include Gwadar Port in Pakistan, Chittagong in Bangladesh, Kyaukpyu in Myanmar and Hambantota in Sri Lanka. Besides these, China has pumped millions to Maldives, Mauritius Seychelles and other countries in the region. The debt which these countries be obliged to Beijing is a fear factor for New Delhi as it could coerce the regimes to pool resources with the People Liberation Army.

The people’s Republic of China is accused of playing debt-trap diplomacy in the region. Countries like Sri Lanka, Kenya, Djibouti, Maldives etc. incur billions of dollars to Beijing. The debt which these countries owe to PRC gives it a sizable grip over the domestic political regimes governing these nations. The Maldives, a tiny island nation with a mere 400000 population has borrowed worth 935 million USD from Beijing. The total debt of this South Asian Island with a GDP of $4.9 Billion as of 2017 have breached the line of three billion USD. Similar is the case of Sri Lanka. The country witnessed a boom in Chinese capital investments on the island after the Eelam War IV. The flow of Chinese capital played a key role in reviving Lanka’s war-torn economy.

But, the majority of the Chinese projects which trailed behind in terms of both economic viability and transparency soon became white elephants after the completion.The Chinese infrastructural investments in Sri Lanka include newly inaugurated Lotus Tower, the Colombo Port City Project under construction, the Expansion of Colombo Port, Hambantota Port, Mattala Rajapaksa International Airport and the Mattala Rajapaksa International Cricket Stadium within the constituency of the formal PM and current President Mahinda Rajapaksa etc. Now, the over-all liability of Colombo has reached over eighty-five percent of the economy. Based on these facts, the disquietudes of New Delhi of the dragon factor in domestic policy formulations and external alignments of these regional countries are well-founded.

Corroborating this, a Chinese submarine docked at Colombo port for refuelling in 2014. The inflow of Chinese capital and Beijing’s involvement in colossal infrastructure projects have been a source of concern for India and other countries apprehensive of the growing regional imbalance. In 2017, the Sirisena government at Colombo handed over Hambantota port to the China Merchants Port Holding’s Company (CMPort) in the compulsion to get rid of the debts. The port which has been rendered for a lease of ninety-nine years with 15,000 acres of land adjacent to it provides the Chinese administration substantial leverage to monitor the movement of Military and non-military vessel movements, from a spot close to India’s southernmost tip. Beijing which reiterated that has no plan to open an overseas military base in 2012, established its first overseas military base at Djibouti, taking advantage of the country’s mounting debt to PRC.

The anti-piracy operations at the Gulf of Adens have been a facilitator of Chinese naval deployments in the Indian Ocean Region. The Chinese submarine that docked at Colombo in 2014 port for refuelling purpose was one in return after the anti-piracy operations. Indian Navy had carried out a threat assessment since PLA-N deployed Type 091 nuclear submarine to the Gulf of Adens in April 2015. In March 2020, a report published by Forbes articulated that the PRC has deployed a dozen of UUVs (underwater unmanned vehicles) in the region. This deployment of state-of-art technologies for research and intelligence gathering purposes, close to Indian waters could boost PLA-N’s operational capabilities in IOR. The Indian Navy’s tweet in 2018 welcoming three PLA-N vessels entering the Indian Ocean as anti-piracy escort forces were intended to convey the message that ‘we see you’. In December 2019, then naval chief Karambir Singh narrated an instance of suspected Chinese intrusion into Indian waters.

India dawdles behindhand the PRC both in terms of military modernisation efforts and in spreading out political leverage. It is to be noted that the extensive Chinese military up-gradation campaigns are fostered by the prolonged economic progress after the economic liberalization. Taking the size of the Chinese economy into account, which is multiple times bigger than India, the suggestion to pool vital national resources for increased firepower to a large extent does not make sense in the contemporary scenario. What India could do to check dragon in a pragmatic sense is to boost its collaboration with like-minded nations in the region.

New Delhi has already taken several footsteps in this direction to checkmate the regional dominance of Beijing. The inked pact to enhance the radar sharing with France, participation in the development of Sabang Port in Indonesia, Naval access to the Changi port in Singapore and Duqm port in Oman etc. are segments of this line-up. The co-operation with France could be of great advantage as it is having naval bases at Djibouti and UAE. The Malabar naval exercise carried out in conjunction with the U.S. and Japan is another milestone in bridging multilateral naval partnerships. Anyway, the Indian initiatives are not sufficient to cope up with the mounting Chinese political and military presence in the region. The hesitation which India shows in accommodating the countries like Australia to these partnerships needs to be given up to enlarge the scope of these alliances.

The Chinese research ship Shi Yan 1 which had been
exploring the Andaman Sea lacking prior clearance was flushed out from Indian
waters. The newly constructed Gwadar Portunder the BRI
initiative could make available close at hand material support to PLA-N at the
doorstep of Hormuz Strait, critical from the strategic dimension. The Indian
Navy Chief Admiral Sunil Lamba last year stated the Chinese presence in the Indian Ocean at any
juncture is reckoned to be six to eight vessels, besides the submarines.

The New Delhi requires to emphasis more on revitalizing regional alliances to counter the Chinese influence. The capital investments and the infrastructure development proposals from these nations, significant from the geo-strategic perspective need to be reviewed more prudently. Although Colombo first approached New Delhi to set up the Hambantota port, the Indian strategic circles which scrutinized it from the financial viability alone failed to anticipate the possible Chinese impingement. The domestic political shifts and the ethnocultural strife in countries like Sri Lanka and Maldives necessitate considerably more cautious interference. The success of New Delhi in outdoing the dragon factor in the region count upon its ability to put forth credible alternative for the Chinese debt-trap diplomacy.

2 replies on “India-China Standoff at IOR?”