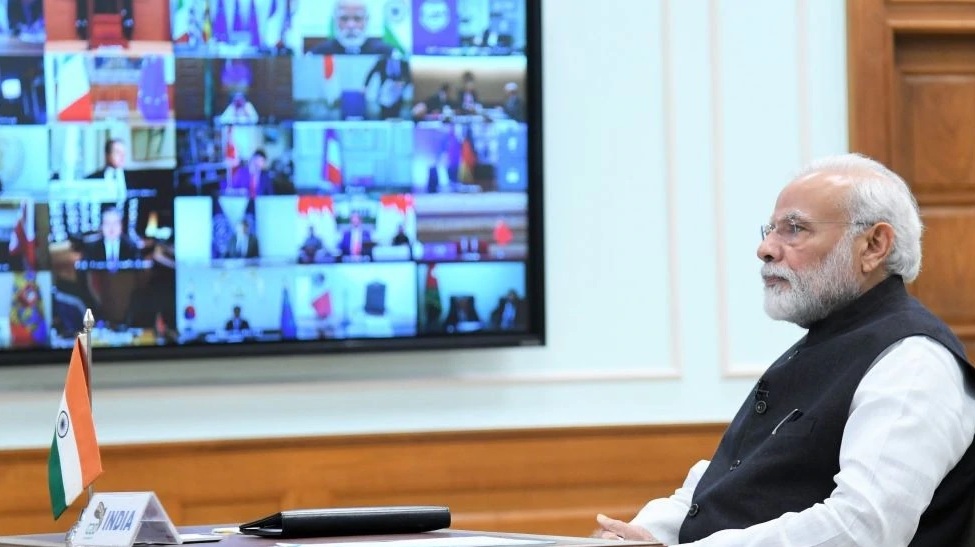 In 2022, India will complete 75 years of independence coinciding with its presidency in the G20 summit. Amid the pandemic, the border tensions with China and President Trumpâ€™s announcement on United States withdrawal from the World Health Organization (WHO) is vital for India in the premises of its presidency for the summit which accounts for setting the global economic agenda and 90 percent of Gross World Product. With a rising toll of COVID-19 cases in India across the world and its increasingly significant for India to lead the post COVID era in regard to formulating opportunities for all.

The G-20 is a group of governments and central bank governors of 19 countries and the European Union. It includes two-third of the world’s population and 85 percent of the economy. The primary mandate of the grouping is for International Economic cooperation with particular emphasis to prevent future financial crises across the world. It plays a significant role in shaping the global economic agenda. From 1999-2008 the forum exalted from a grouping of Central bank governors and finance ministers to Heads of states.

The new standard created by the posture of BRICS (Brazil, Russia, India, China, South Korea) economies became essential to expand the G7. According to Prof. Rajan Kumar of JNU, “The G-7 was expanded to the G-20 when the West realised after repeated recessions that the global financial governance was not possible without including countries such as China, India, Turkey, South Africa, Australia and so on”.

Despite the limitation of the G-20 due to the absence of proper institutional structures, it got ample international attention due to the presence of economic giants. However, the crucial forum gets criticisms on the grounds of the priority less propaganda setting, the dominance of the country which assumes the presidency and its relevance in comparison with the existing World Trade Organization (WTO).

India and G20 amid the Pandemic

Indian PM Narendra Modi’s new stand on strengthening the WHO in the times of the pandemic at the virtual G20 summit and India’s presidentship on the World Health Assembly makes India a significant actor in structuring post-COVID global economy.  In the virtual summit, Modi further elaborated on India’s role in forging a collaborated response against COVID-19. The recent discussion in the G7 about the intentional disinformation campaign by China and US Secretary of State Mike Pompeoâ€™s remarks on the ‘Wuhan virus’ in the draft of G7 proceedings navigates to ponder India to make its presence felt.

The decelerating global economy and Trump’s responses on the rip-up of global organisations without other alternatives make constraints for India in stating their stand on strengthening global institutions. The G20 Osaka summit in 2019 India stressed the need for collective vision against terrorism, digital economy, action against economic offenders and Taxation issues arose from the spread of global supply chains.

Considering India’s priorities in the 2022 G20 Summit should be in a critical time when the June 2020 Global Economic prospects forecast a 5.8 percent contraction in Global GDP, the deepest global recession after 1945-46. The advanced economies expected to shrink by 7 percent, and in the case of emerging markets and developing economies the priorities will be to establish a proper healthcare system and their recession rates predicted to be by 2.5 percent.

As concerned with the extensive informal sector employees, it accounts for 70 percent in the emerging markets and developing economies. A reportÂ predicts that about 135 million jobs could be lost and 120 million people might be pushed back to poverty as the result of the economic impact of COVID-19 in India. Sustained efforts from the governments and multilateral organisations such as fiscal and monetary easing, increased spending on the healthcare sector, and direct spending on losses in revenues and incomes should be necessary. These efforts could reduce the global economic losses due to the pandemic between USD 4.1trillion to 5.4 trillion according to an Asian Development Bank report.

In the G20 virtual summit in 2020, Modi reiterated the Indian stance for humanitarian rather than economical approach towards globalisation at this critical juncture. The G20 leaders appreciated India on its efforts in dealing with the crisis among the other SAARC (South Asian Association for Regional Cooperation) nations. The leaders committed to initiating a debt service suspension to time-bound suspension of principal and interest payments for eligible countries. The summit also provided funds about USD 21 billion for the fight against Coronavirus.

In summary, the G20 rose to prominence in the 2008 global economic crisis. The immediate role of G20 is similar in these modern times. The global economic agenda making forum is to be presided over by India in 2022, its a challenge as well as an opportunity for India to foster its presence in the international arena. But due to the rising toll of unemployment rates and poverty in the domestic portion, it’s hard to take the lead effectively.

Nevertheless, Inconsistent negation of the United States towards multilateral and international organisations, Coronavirus tarnishes China’s global image and European Union’s failureÂ in collective actions against COVID-19 are instances for India to exploit upon in the global scene positively and the presidentship of G20 in 2022 could act as a catalyst in this regard.